It's unclear if there are enough votes in the GOP-controlled General Assembly for the measure to pass. 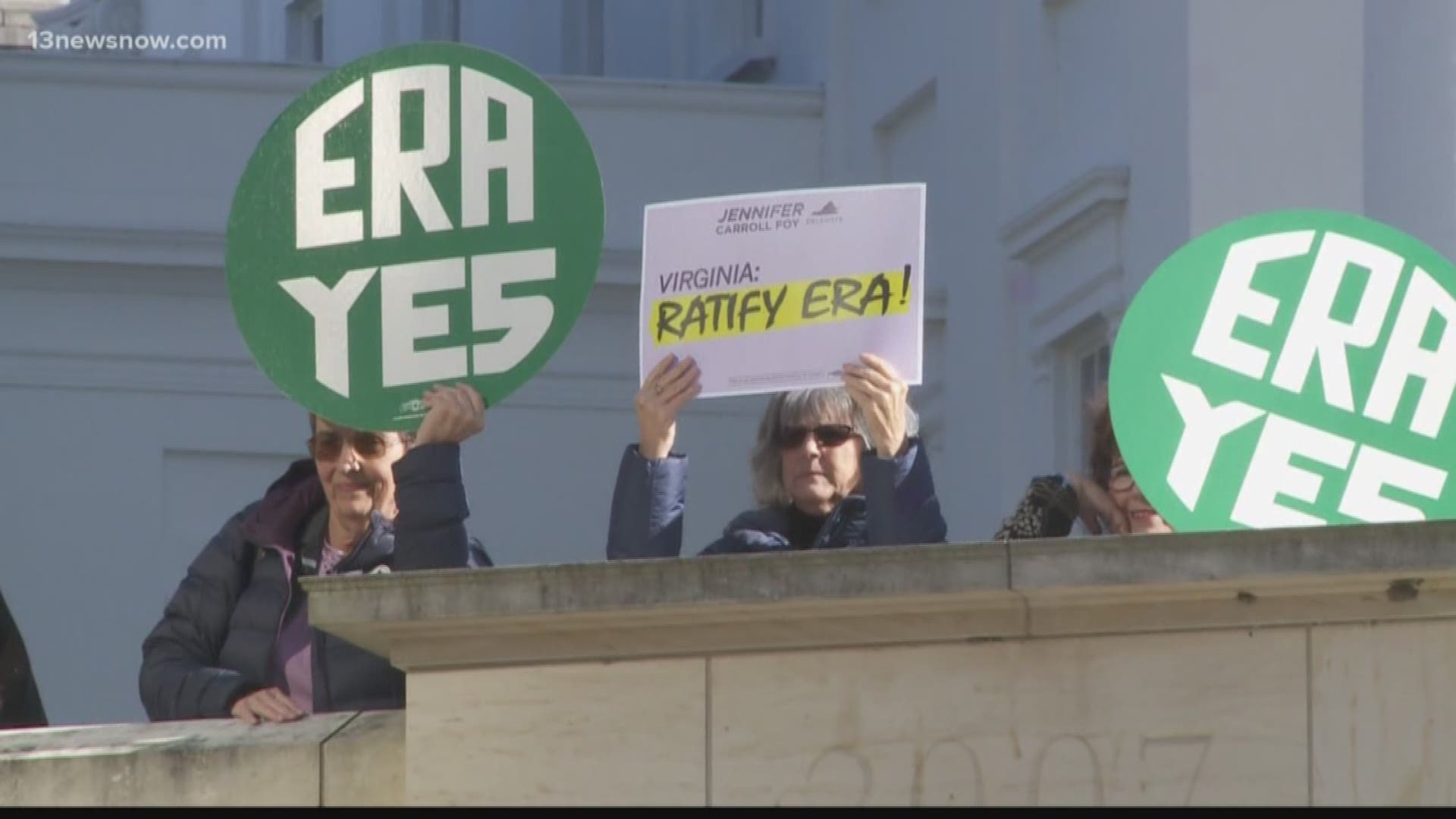 RICHMOND, Va. — A push for Virginia to become the 38th state to ratify the Equal Rights Amendment has cleared its first legislative hurdle.

A state Senate committee voted in favor of legislation Wednesday to approve the gender-equality amendment.

"The energy behind the Equal Rights Amendment is there," supporter Shyamali Hauth. "Virginians want this and we want it this year."

The legislation still has to be voted on by the full Senate and the House. It's unclear if there are enough votes in the GOP-controlled General Assembly for the measure to pass.

Opponents of the amendment say it will give too much power to Congress and result in unintended consequences like taxpayer-funded abortions.

"All matters relating to sex... family law, that means abortion law, that means privacy issues when we talk about whether women can be in locker rooms and shower rooms without men," said Family First President Victoria Cobb. "All those issues are then given over to Congress."

Its passage would mean the ERA has reached the threshold for ratification, but not by the 1982 deadline set by Congress.

There is debate over whether the ERA can be revived and experts say a legal battle will likely ensue if Virginia were to ratify the amendment.

"There's either going to have to be a court case that rules that deadline or timeline unconstitutional or Congress is going to have to act to extend the deadline," said 13NewsNow Political Analyst Quentin Kidd.