Virginia State Police said a man was found dead in a burning vehicle on T B Road located in the area of Exmore early Sunday morning. 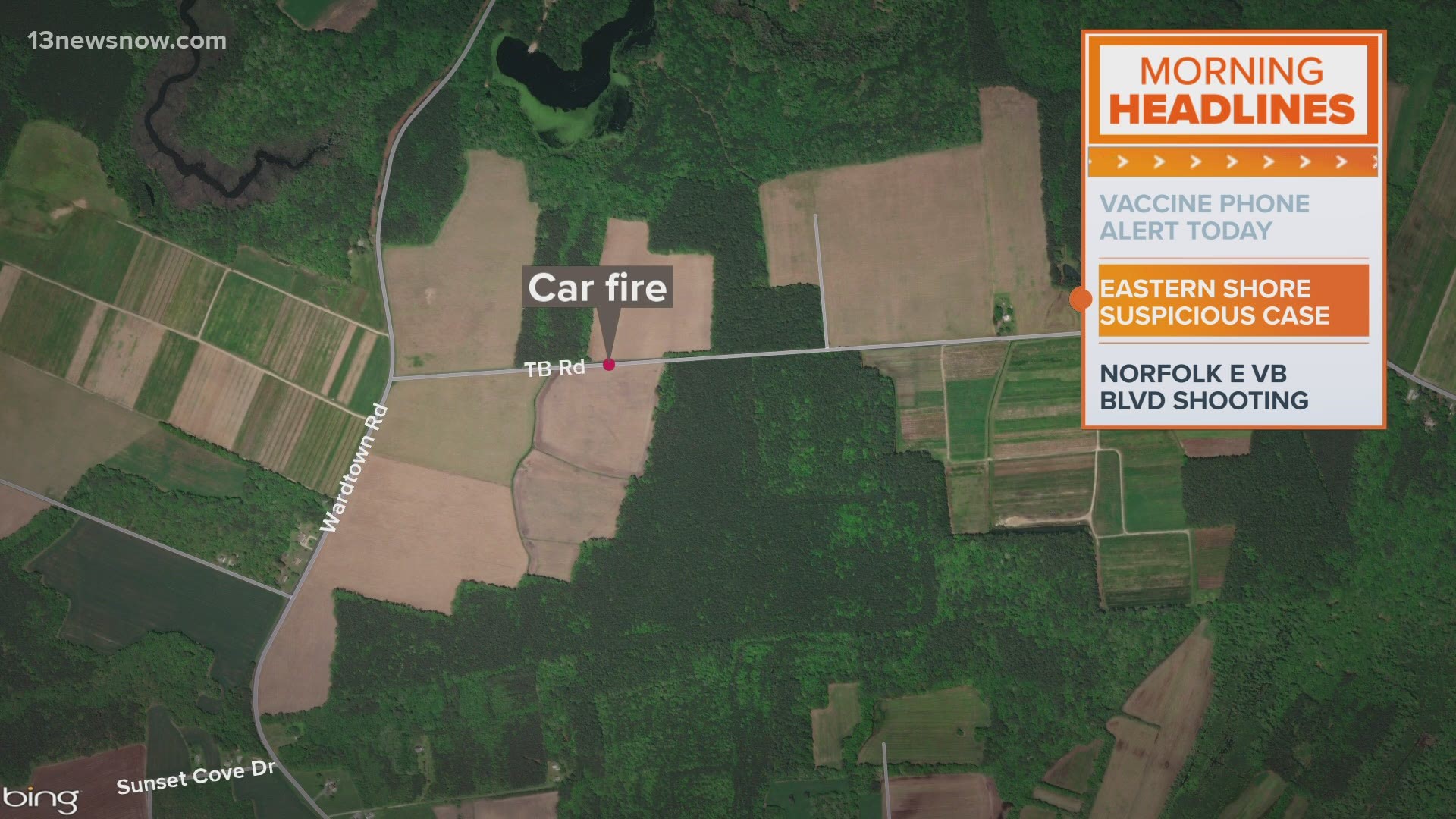 NORTHAMPTON COUNTY, Va. — Authorities are investigating a suspicious death that happened overnight on the Eastern Shore.

Virginia State Police said it received a call on Sunday, April 18 around 1:23 a.m. about a vehicle fire and a confirmed death on T B Road located in the area of Exmore.

Officers said the individual who made the 9-1-1 call was a resident on T B Road. That person saw the fire outside on the road.

Exmore Fire Department was dispatched to the scene and found a man dead inside of a BMW 7 series sedan. The vehicle had just been sold the day before, according to the registration.

Officials said the car showed no signs of being in any sort of vehicle crash.

According to police, the man's body was burned beyond recognition.

VSP is seeking assistance from the community and any witnesses who drove in the Exmore area or near T B Road when the incident occurred to contact them at 757-424-6800.

Right now, a mystery is unfolding on the Eastern Shore. Police found a body in a burning car around 1:30am Sunday. Here's the twist-- someone bought that car on SATURDAY. @13NewsNow #13Daybreakers https://t.co/EboAQlXa83 pic.twitter.com/LRFxLVq71H