Two different crashes happened within a few hours or each other on Route 17 in Gloucester County. 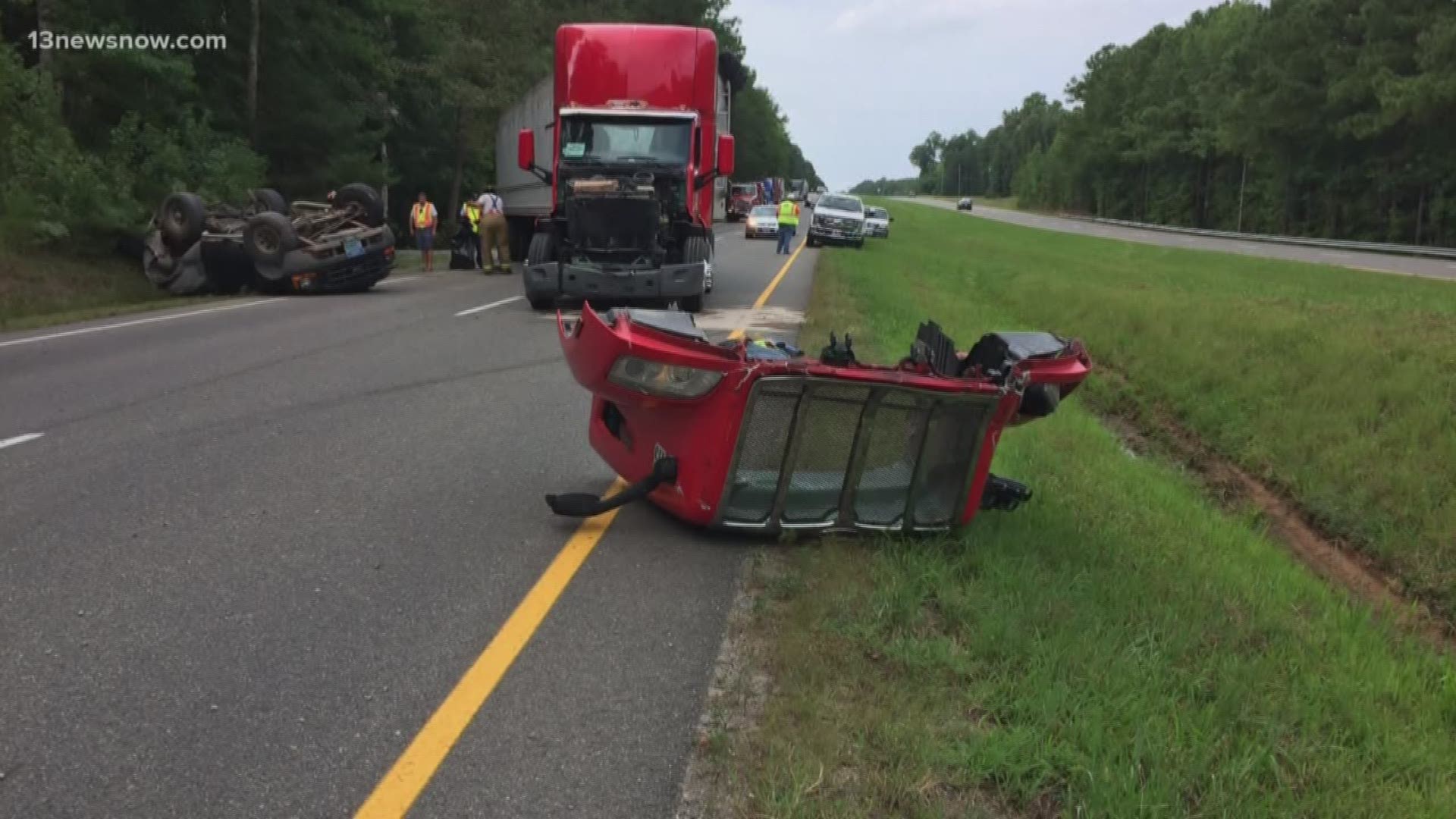 Officials said the first crash happened around 5:10 a.m. at Adner Road. It involved an SUV and a logging truck.

Police said Stacey Paul Dyer was driving the SUV southbound in the northbound lanes of Route 17 when he hit the logging truck. The driver of the logging truck tried to swerve out of Dyer's path before being hit.

Dyer was wanted out of Tennessee, and he was arrested for eight charges unrelated to the Route 17 crash. He was also charged with Obstruction of Justice, Giving False Information, Reckless Driving, No Valid Operators License, and Unauthorized Use of a Motor Vehicle.

He is being held in Gloucester County Jail without bond.

Police said both drivers involved in the crash are expected to be okay.

State police said the second crash involved a tractor-trailer and another vehicle. There were life-threatening injuries reported at the scene.

A med-vac needed to be called to the scene.

Officials are still investigating both crashes. Residents are encouraged to avoid the area and use alternate routes.