Delegate Chris Hurst blew .085 BAC during a traffic stop but wasn't arrested. In most cases, Virginia lawmakers can't be arrested during session 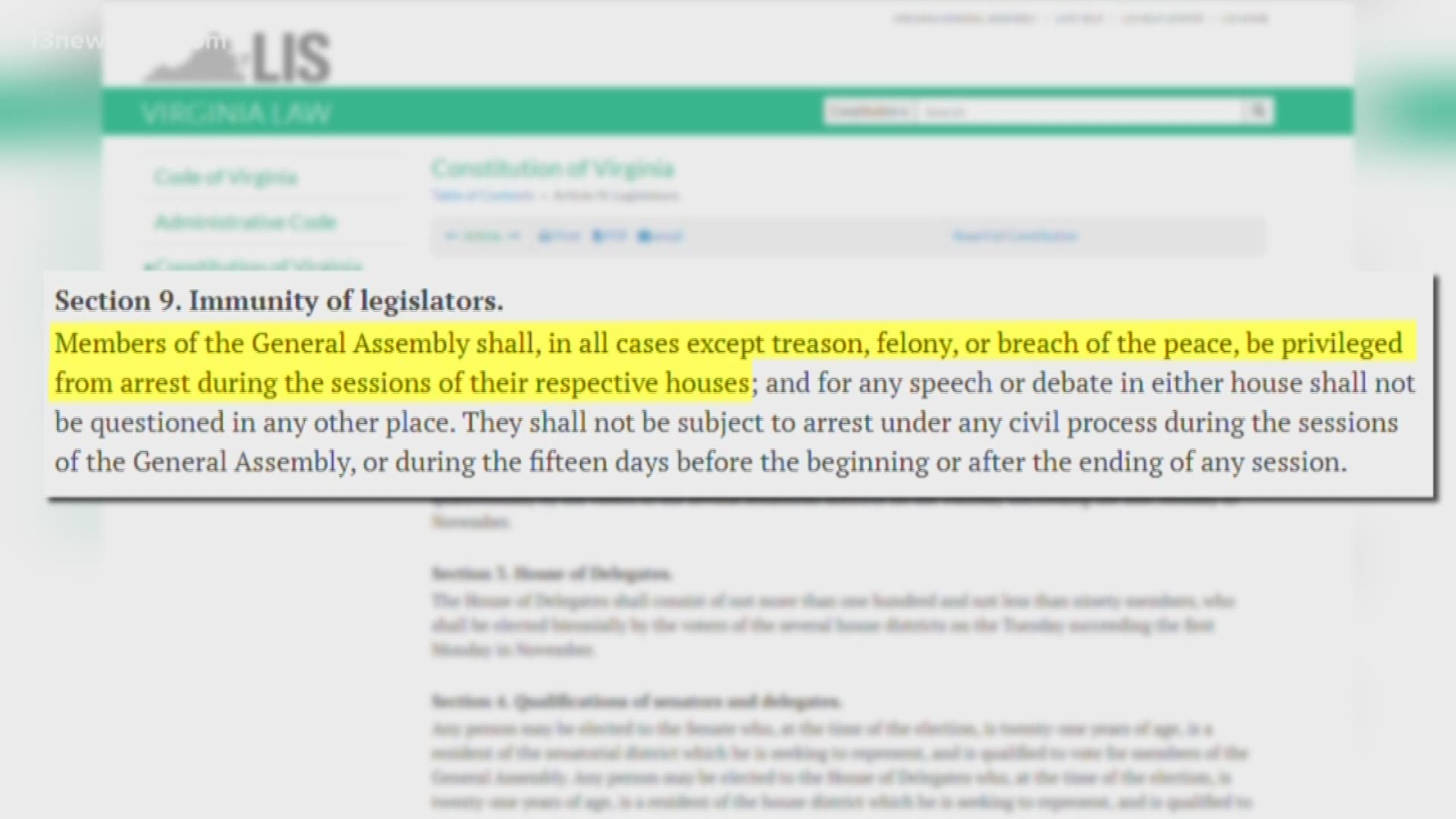 Hurst tested for .085 BAC - slightly above the legal limit - but he wasn't arrested.

The traffic stop is drawing attention to an immunity clause in the Virginia Constitution that says legislators can't be arrested during the legislative session, barring a few exceptions.

Article 4, Section 9 of the state constitution reads: “Members of the General Assembly shall, in all cases except treason, felony or breach of the peace, be privileged from arrest during the sessions of their respective houses."

This immunity clause applied to Hurst during the traffic stop. So, 13News Now wanted to know why it's in the state constitution, when it was added, and why it's still applicable today.

Howard and Dinan said the origins of the immunity clause dates back to English law. It was designed to protect lawmakers from interference or manipulation, preventing someone - or the executive branch - from gaming the system.

For example, Dinan said, a delegate could be arrested on a minor charge and prevented from voting on a key issue.

Delegate Hurst recognized his immunity from arrest in his statement after the traffic stop, saying, “While true, I don’t agree that I should be immune from prosecution when warranted," Hurst said. "I never avoid responsibility and accept the consequences of my actions."

There have also been efforts to change this arrest protection. Around 1997, Suffolk Delegate Robert Nelms pleaded guilty to indecent exposure in a Richmond park, although he argued in court that his arrest was invalid because he was covered by legislative immunity.

Next session, Nelms tried and failed to repeal the privilege, telling the Virginian Pilot that “constitutional rights should apply to all people equally.”

Howard and Dinan said the immunity from arrest is still necessary to protect the legislative process and ensure lawmakers can represent their constituents without the threat of interference.