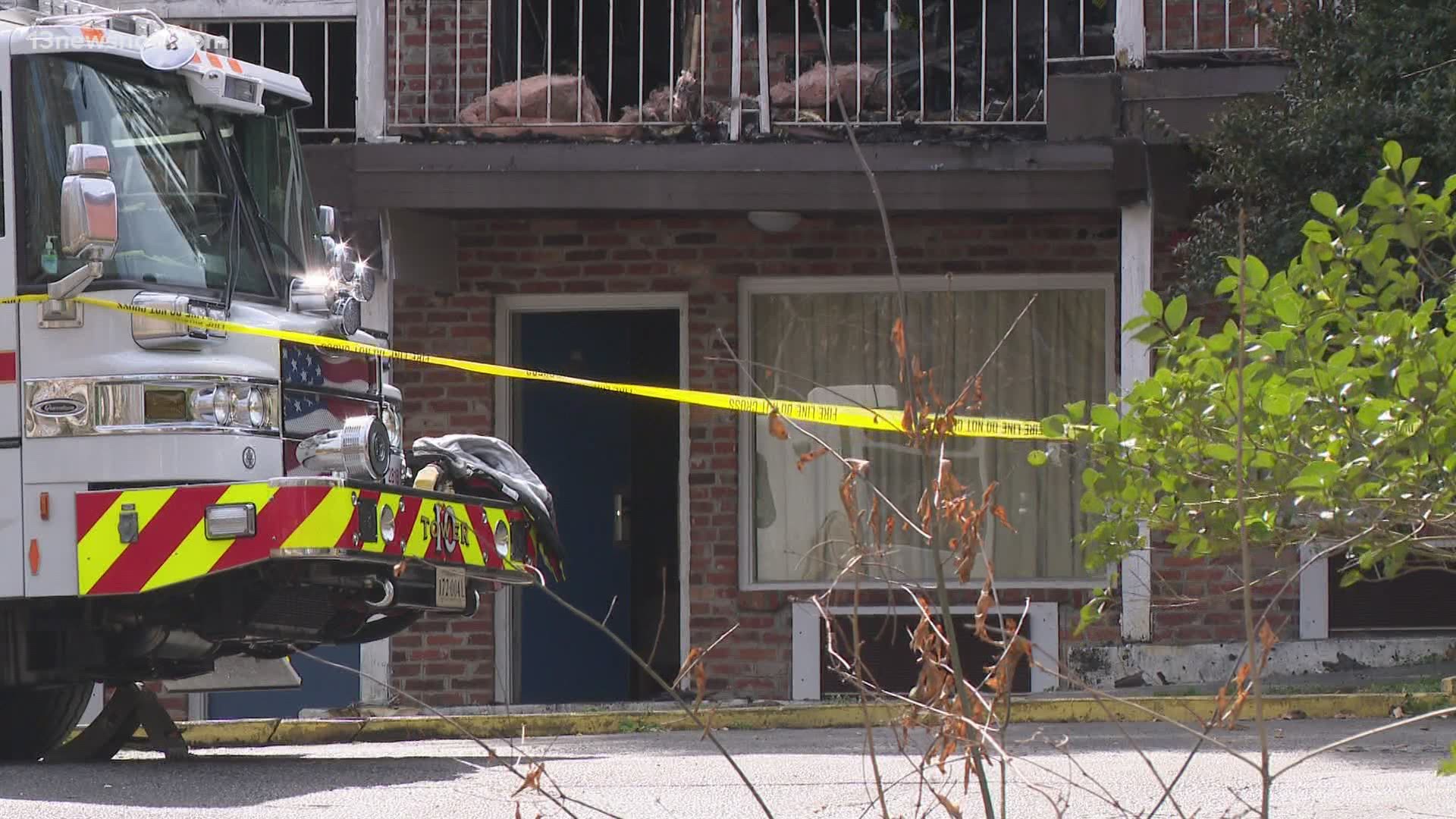 “It was actually called in by a resident of the building," said Williamsburg Fire Deputy Chief Larry Snyder.

Firefighters said they had the fire out by 8:50 a.m., but the flames impacted nearly 10 percent of the building.

Five people were injured. Two adults were taken by helicopter to local hospitals, and a child was also hospitalized.

Sixty-seven residents of the motel were evacuated and have been temporarily relocated with support from Williamsburg Human Services and Code Compliance departments.

Snyder said it may take investigators a week to determine what happened.