A large crane has been brought in to help assemble the new roller coaster, which is slated to open next Spring. 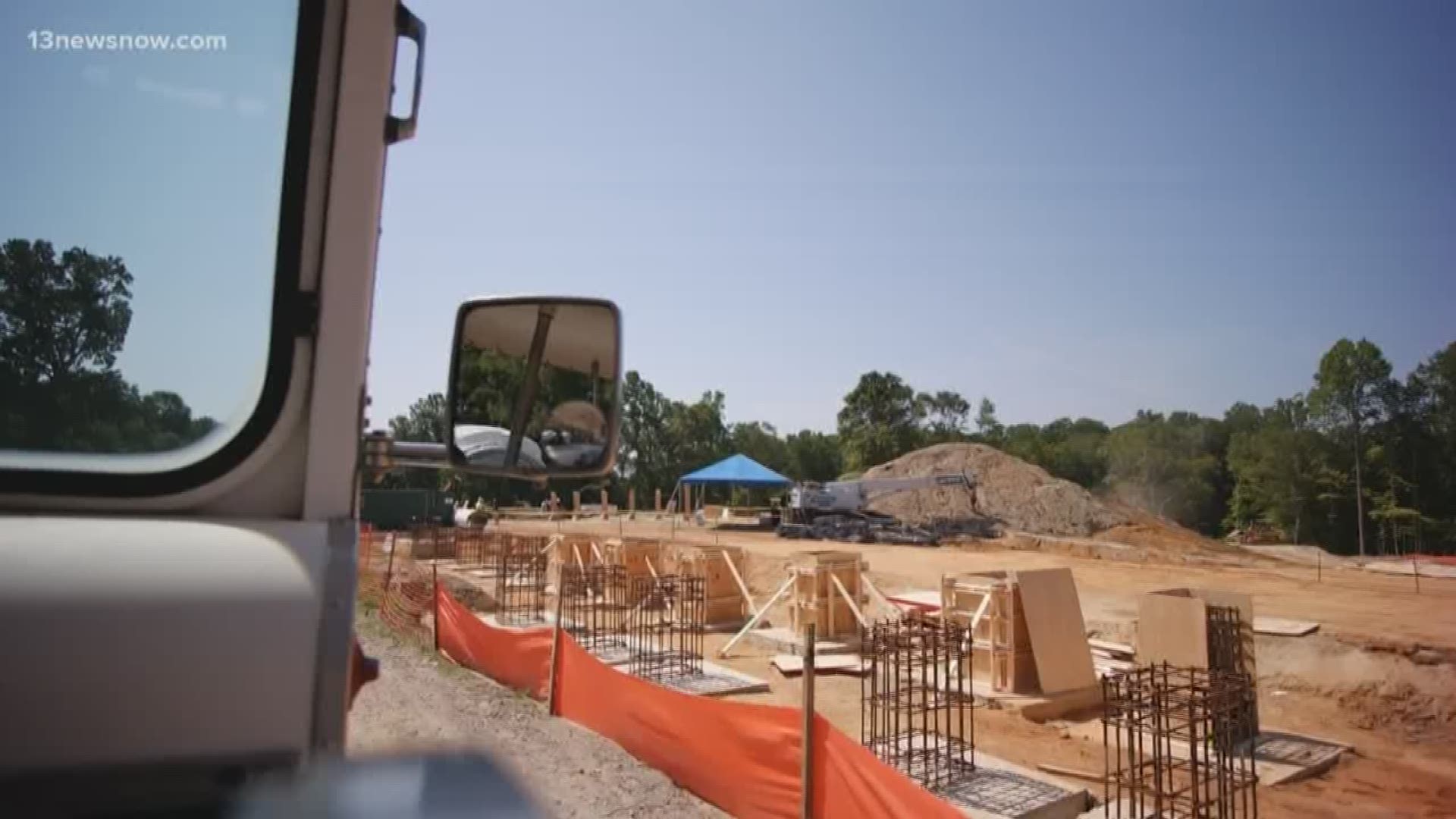 WILLIAMSBURG, Va. — The twists and turns are starting to shape up for Busch Gardens Williamsburg's newest roller coaster.

The theme park showed off several new pictures of metal track being raised and assembled for Pantheon.  The ride will go up in the Festa Italia section of the park.

Busch Gardens announced Pantheon earlier this year, saying that when completed, it will be the fastest multi-launch roller coaster in North America, reaching speeds around 72 miles per hour. The track will be over 3,000 feet long and the ride will last about two minutes.

Pantheon is themed on the Roman gods and is scheduled to open in the Spring of 2020.

As we look forward to Pantheon's completion and opening next year, we've also looked back and dug into the 13News Now archives, compiling a series of news reports showing the evolution of Busch Gardens' Italy section, from its first creation nearly 40 years ago to the thrilling addition of Tempesto in 2015: