John Hinckley has been living under increasingly fewer restrictions in a gated community in Williamsburg. He shot and wounded President Ronald Reagan in 1981. 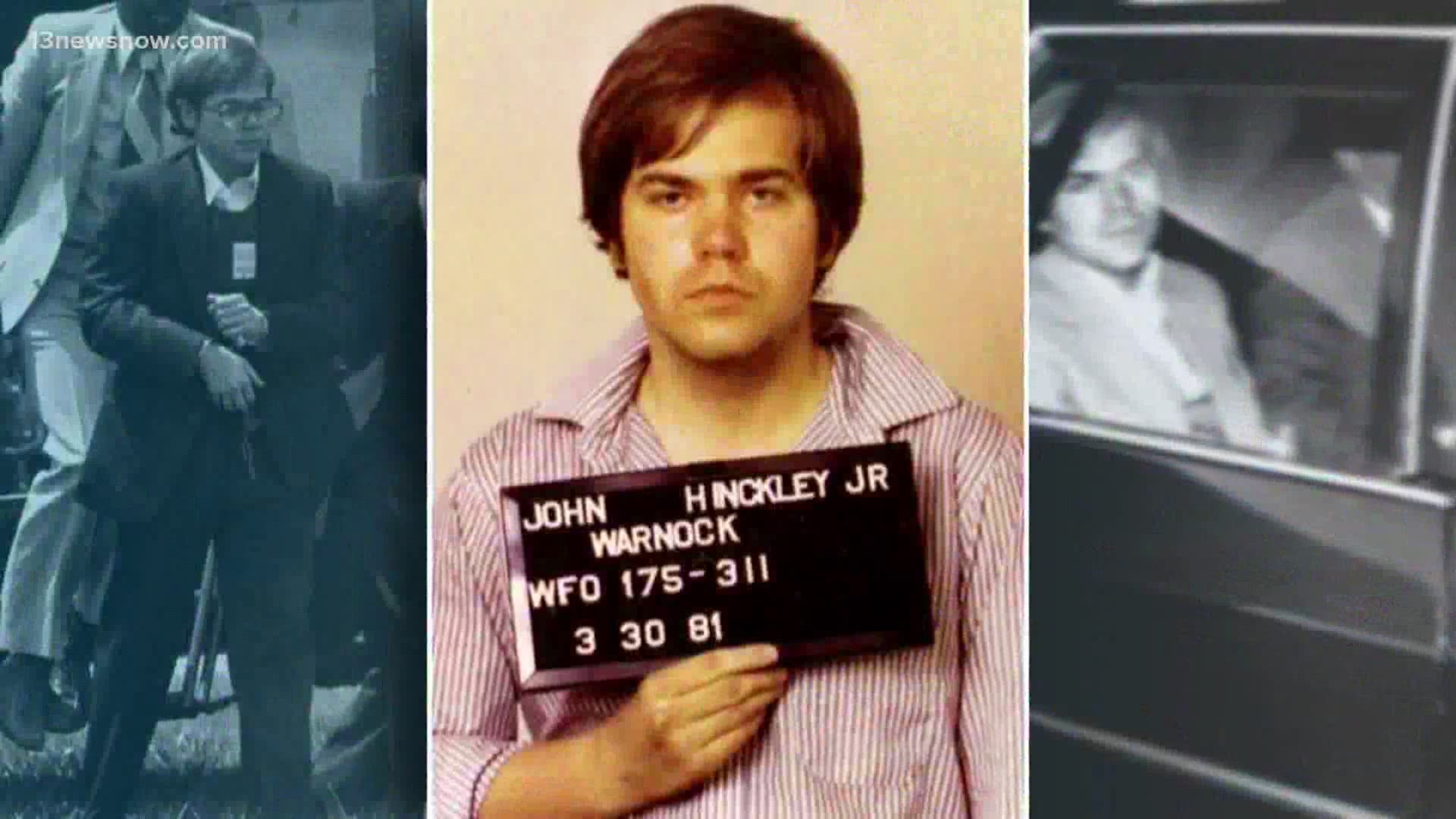 WILLIAMSBURG, Va. — Lawyers for the man who tried to assassinate President Ronald Reagan say he plans to ask a federal court to allow him to live without conditions in the Virginia home he's currently residing in with his mother and brother.

John Hinckley's lawyers stated in a court filing Thursday that he wants to schedule a hearing for unconditional release. Experts who've assessed Hinckley say he poses little risk to himself or others.

The filing doesn't indicate exactly what unconditional release would mean for Hinckley.

The 65-year-old has been living under increasingly fewer restrictions in a gated community in Williamsburg. Hinckley was 25 when he shot and wounded Reagan in 1981.