William & Mary could begin a new form of reparations. Here's what students have to say

The Williamsburg-based college could be one of five colleges in the Commonwealth to memorialize former ties to slavery. 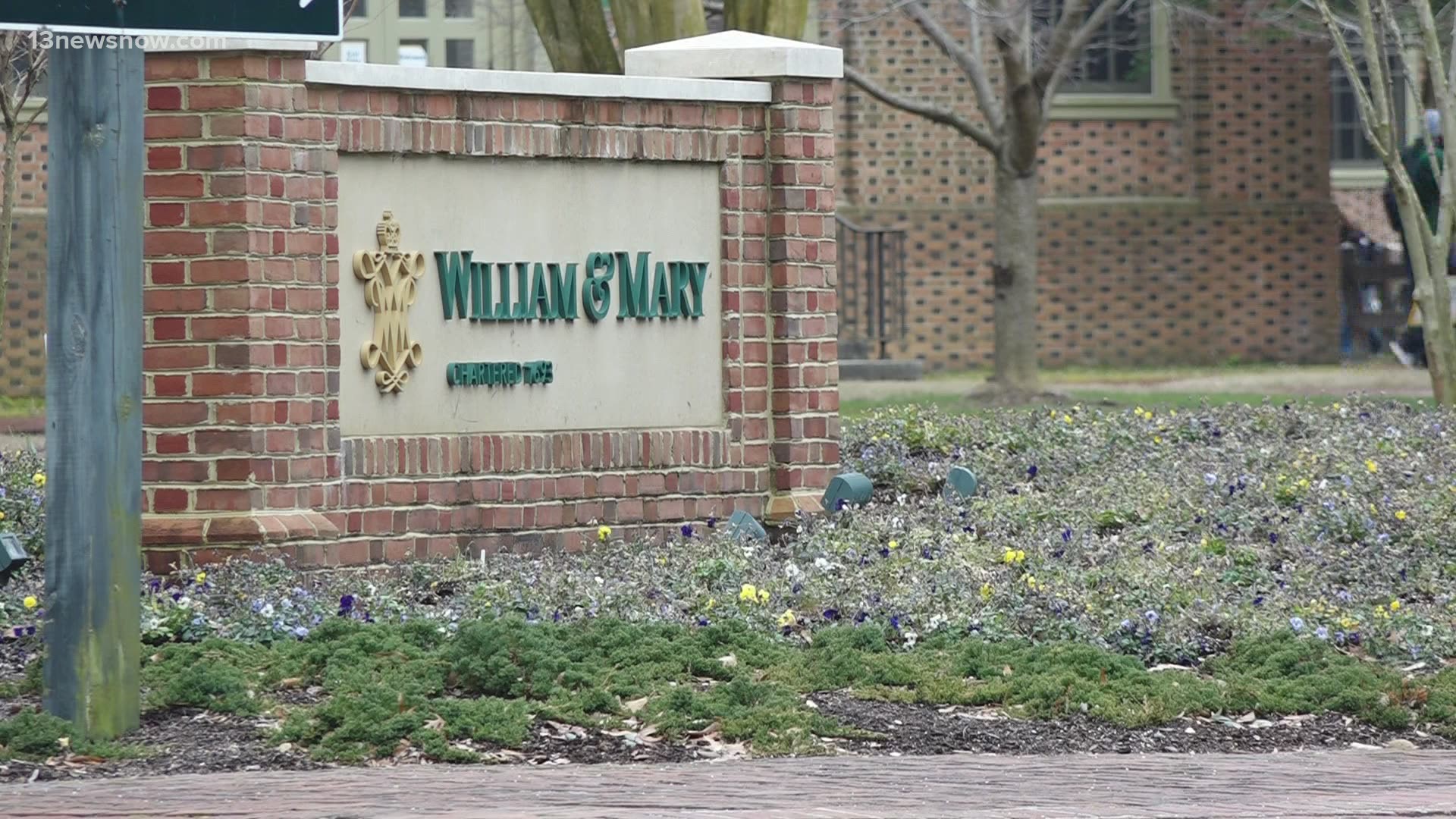 WILLIAMSBURG, Va. — The idyllic and scenic campus of William & Mary also has a dark history depending on where you look.

“With the rich history, there needs to be an acknowledgment of the not-so-good things," said Celeste Chalkley, a student and Secretary of Diversity Initiatives.

In 2009, the college acknowledged it had “owned and exploited slave labor from its founding to the Civil War; and that it had failed to take a stand against segregation during the Jim Crow Era.”

It led to the establishment of the Lemon Project, an ongoing initiative to rectify some of the school's former ties to slavery.

But can a dark past lead to a brighter future for someone else? It’s a question Virginia lawmakers are asking, and trying to answer with House Bill 1980.

The bill, which passed a House vote in February in the Virginia General Assembly, lists five colleges with former ties to slavery that would be required to do the following if passed and signed into law:

“It can be as simple as a conversation about what’s making you uncomfortable. All of that is reparations," Amber Bowman said, Chapter President of the Nu Chi Chapter of Alpha Kappa Alpha Sorority and member of the National Panhellenic Council on campus. “It’s a constant thought as a Black student, every conversation about it sort of leads back to reparations.”

“I would say it's simmering," Loni Wright said, co-president of the Black Student Organization at William & Mary, who told 13News Now about the prevalence of reparations discussions in the Black community. "Something constantly in the background, thinking about it consistently with the feelings that are associated."

Talks of reparations are happening at the national level as well, with a congressional discussion of H.R. 40. Last week, the White House acknowledged that President Joe Biden would support studying reparations for Black Americans, according to the Associated Press.

“A great first step, but to get to the second step, it needs to incorporate the student work surrounding this," Ifeoma Ayika said, Student Assembly Reparations co-chair at William & Mary.

Ayika believes the idea behind HB 1980 is a good one: holding universities morally accountable for their past, but ultimately says it shouldn’t be something lawmakers have to force, and ideally is done independently.

“Ultimately, the bill pushes for more of a scholarship route, which is great. But we can’t forget the many other ways reparations can take form," Ayika said.

On a Zoom call with 13News Now, Wright mentioned smaller efforts locally at the college that could have just as big an impact.

“Reparations can be a scary word to a lot of people because they don’t exactly know what it means," Wright said. "What we’ve been working on in Reparations Committee is the word 'reparations,' educating students on what it means."

If passed and signed into law, the changes wouldn't go into effect until the 2022-2023 academic year.