The State of Good Repair (SGR) program is solely for the reconstruction and replacement of VDOT and locally-owned structurally deficient bridges. 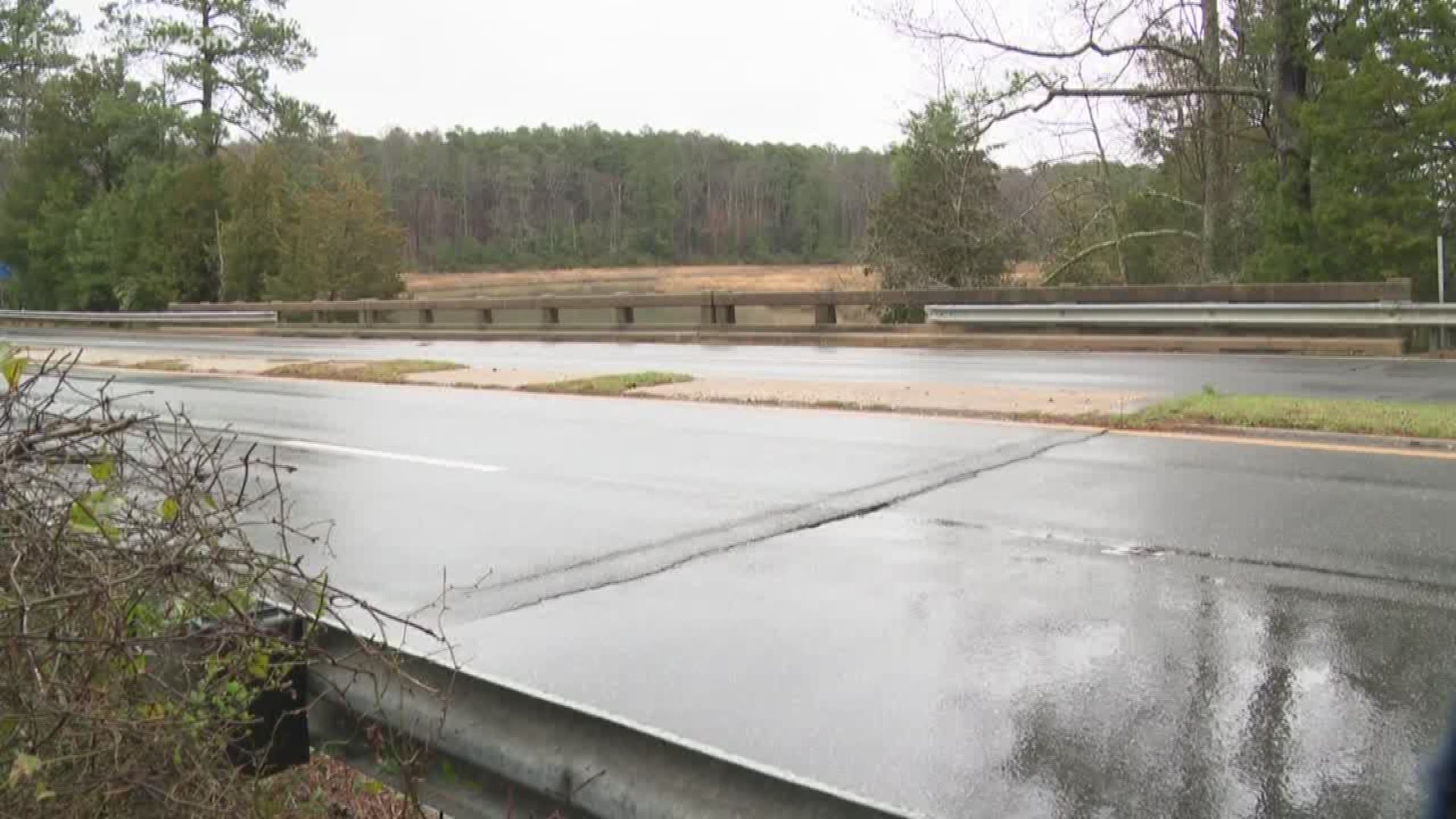 WILLIAMSBURG, Va. — According to the Virginia Department of Transportation, the bridge on Route 143 that spans Queens Creek in Williamsburg is structurally deficient.

Crews originally built the bridge in 1941 and then again in 1944. Its last inspection came in November 2019.

The bridge has been submitted for State of Good Repair (SGR) funding to completely replace the bridge. The SGR program is solely for the reconstruction and replacement of VDOT and locally-owned structurally deficient bridges.

According to VDOT, just because a bridge is structurally deficient does not mean it is likely to collapse or that it is unsafe.

If a bridge is labeled structurally deficient it means at least one major component of the structure, whether it be the deck, the superstructure or substructure of a bridge, or the culvert itself has received a low rating on its most recent inspection.

In the past year, 20 of the structurally deficient bridges were removed from VDOT’s list. From January 2019 to January 2020, 35 of VDOT’s bridges were improved from fair to good condition.

As of January 2020, there are 32 structurally deficient VDOT-maintained bridges.

The VDOT Hampton Roads District's non-deficient bridge percentage was 96.6 percent in the past fiscal year, exceeding both the state average (96.3 percent) and the national average (92.4 percent).

A VDOT design team is in the process of developing the design package for the Route 143 bridge over Queens Creek replacement. Right now, there isn’t a timeline on when that work will start.

With safety as our top priority, VDOT has a rigorous and comprehensive inspection and safety program that goes beyond federal requirements. The agency inspects all of its bridges at least once every two years unless there are issues due to age, deterioration, bridge damage or other concerns. In these cases, we conduct more frequent inspections. VDOT monitors the condition of all VDOT-owned and municipality-owned structures to gain a snapshot of the current general condition. With nearly 1,900 bridges being inspected and maintained in Hampton Roads--of which VDOT inspects approximately 1,350 of those bridges, interstate maintenance monitors also assist in checking the bridges on a regular basis in between inspections. If we do find that a bridge has safety issues or structural concerns, action is taken promptly to post weight limits, detour traffic, repair these structures or increase the inspection frequency as needed.