The seven signs sit on Ironbound Road. They honor Black people who have died as a result of police brutality and racism. 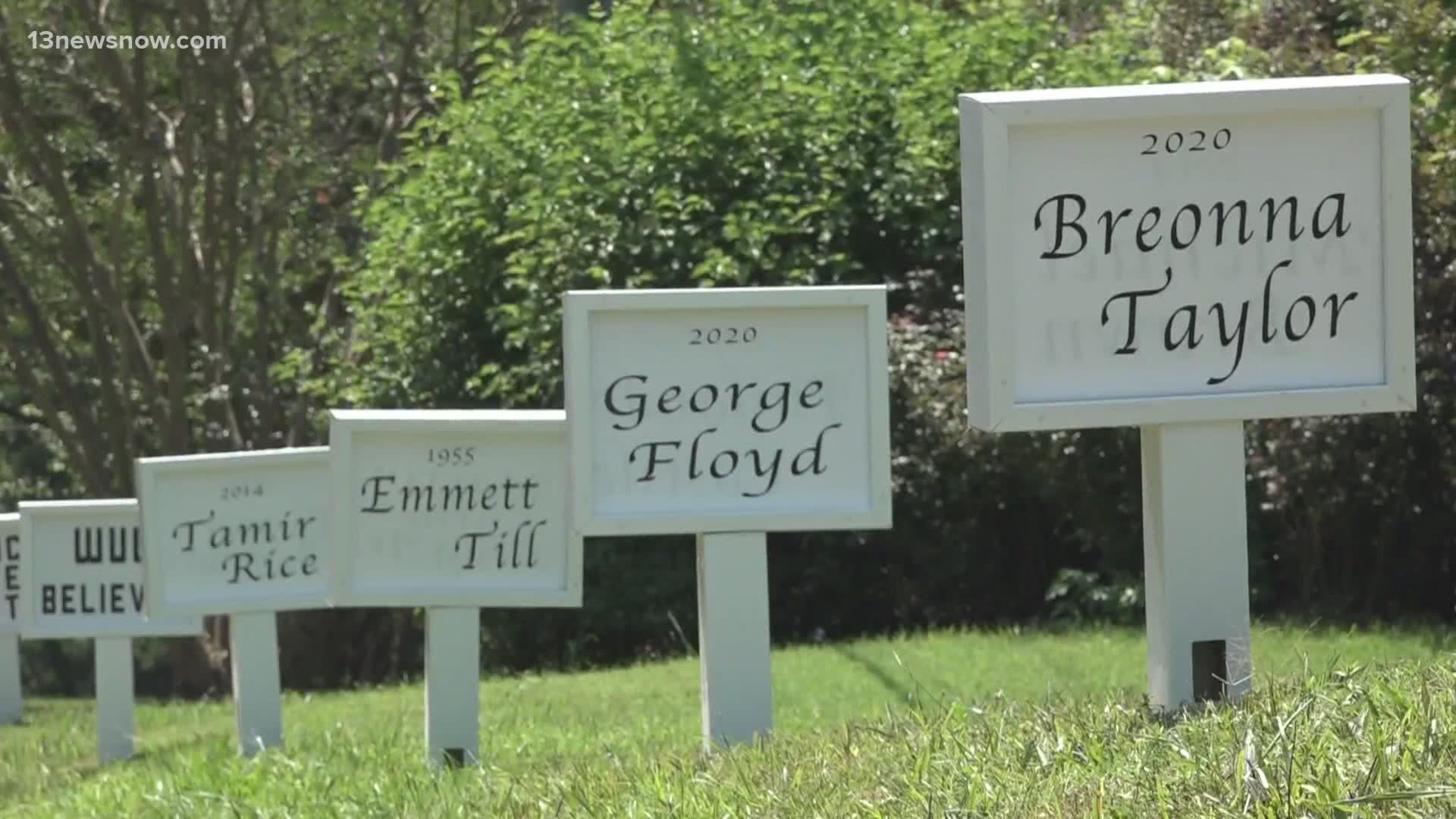 WILLIAMSBURG, Va. — A Williamsburg church is continuing its fight for racial justice.

Williamsburg Unitarian Universalists placed several signs near on its property that display several names you may have heard of, such as Breonna Taylor, George Floyd, and Malcolm X just to name a few.

“I think all of us felt a sense of urgency,” Horton-Ludwig said. “It just feels like something is happening and we need to be vocal in our support of what's happening.”

She added, “There are people of faith in our community who believe in racial justice, equality, and being a person of faith is totally compatible with being committed to racial justice.”

There are a total of seven signs and eight names. The signs went up following the deaths of Breonna Taylor and George Floyd. “WUU Believes” and “Black Lives Matter” are also displayed on the signs.

A Williamsburg church is showing its support of the Black Lives Matter movement. Signs sit along a busy road honoring black people who have died as a result of police brutality and racism. At 6 I’ll explain how this is part of the church’s ongoing racial justice work. #13NewsNow pic.twitter.com/S3gmYg9e5S

Jessica Sapalio is one of the social justice co-chairs at the church. She said members plan to change out the names periodically to honor Black people who have died throughout history.

“Really it came from the long history of oppression of Black people and people of color in our community,” Sapalio said. “We feel like racial profiling, police brutality, the mass incarceration of Black people is outrageous, and our society needs to do better.”

Horton-Ludwig believes part of showing up is doing this kind of witness.

You can learn more about WUU’s Social Justice initiatives on their website.