More than 700 seniors will be the area's first members of the general public in Phase 1B to receive vaccinations at the Greater Williamsburg Clinic. 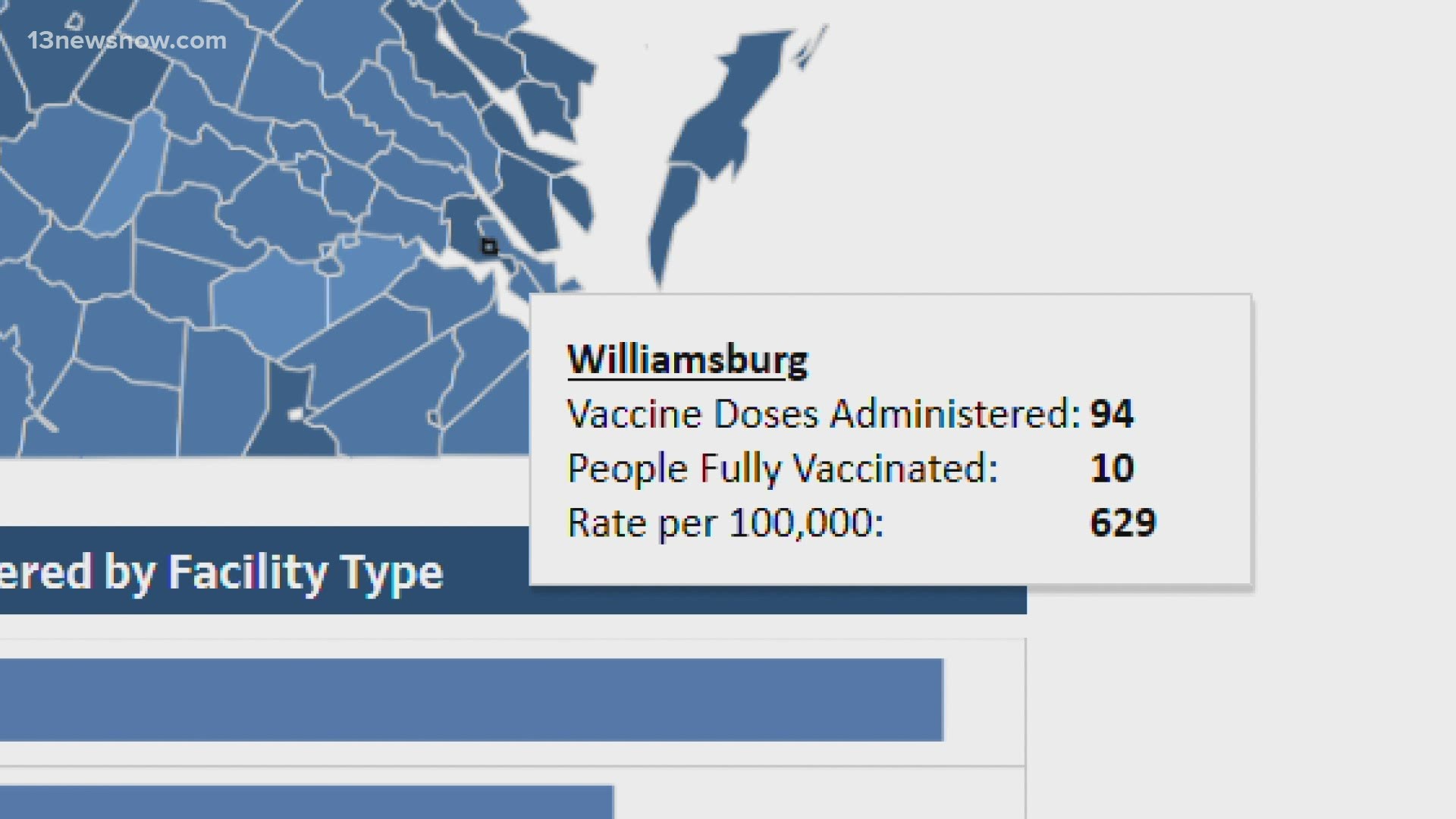 WILLIAMSBURG, Va. — COVID-19 vaccination numbers are low in Williamsburg, but that should begin to change on Friday.

The Greater Williamsburg area -- which also includes York and James City counties -- will begin to vaccinate people ages 65 and up.

“We are encouraged in the next couple of weeks these numbers will truly go up,” said Brad Beam, the city’s infectious disease control officer.

More than 700 seniors will be the first members of the general public in Phase 1B to receive vaccinations at the Greater Williamsburg Clinic, which is housed at the Colonial Williamsburg Visitor Center.

Until now, Williamsburg had solely focused on administering vaccinations to first responders, essential workers, city and county employees, and certain subgroups in Phase 1B.

“We’ve been doing schoolteachers and essential frontline workers that we’ve been able to contact and control the schedules of,” said Beam.

As of Thursday, only 94 COVID-19 vaccine doses had been administered in the City of Williamsburg, according to the Virginia Department of Health COVID-19 Vaccine Dashboard. Ten people have been fully vaccinated for a rate of 629 vaccinated persons per 100,000 population. The numbers are well behind those of other areas in Hampton Roads, but Beam said there are reasons for that, including the city’s decision to focus on essential personnel and a potential backlog of recorded vaccinations.

“We have to remember that we’ve been in paper format up until this point, so all of those records have not been reconciled or entered,” she said.

The City of Williamsburg COVID-19 Hub website alludes to the locations of more than 41,700 vaccinations that remain unreported. Meanwhile, all of the city’s EMTs and paramedics who wanted to be vaccinated have received both shots.

All of this has happened since the Greater Williamsburg Clinic opened on January 22. But of the nearly 3,500 people vaccinated at the clinic, none have been from the general public because officials did not have an efficient tracking system, said Beam.

“We don’t want to lose people,” he said. “That’s the big fear. We do the first round and we do the general public and don’t have that tracking mechanism then it is hardest for us to get them in for Round 2.”

Beam said the city had been waiting for VDH to launch an electronic recording system called PrepMod. It allows people pre-registered with the state to sign up for their vaccination and then tracks them.

People will need to pre-register with the VDH and when supply and their phase become available, he or she will receive an email with a link to sign-up through PrepMod for their first vaccination. The tool will also notify of their second appointment.

Beam says there’s still the challenge of splitting weekly doses from the state with James City and York Counties, which has been about 500 doses per week. However, he expects supply to increase and the goal is to open the clinic twice per week – alternating between people who need their first and second doses. 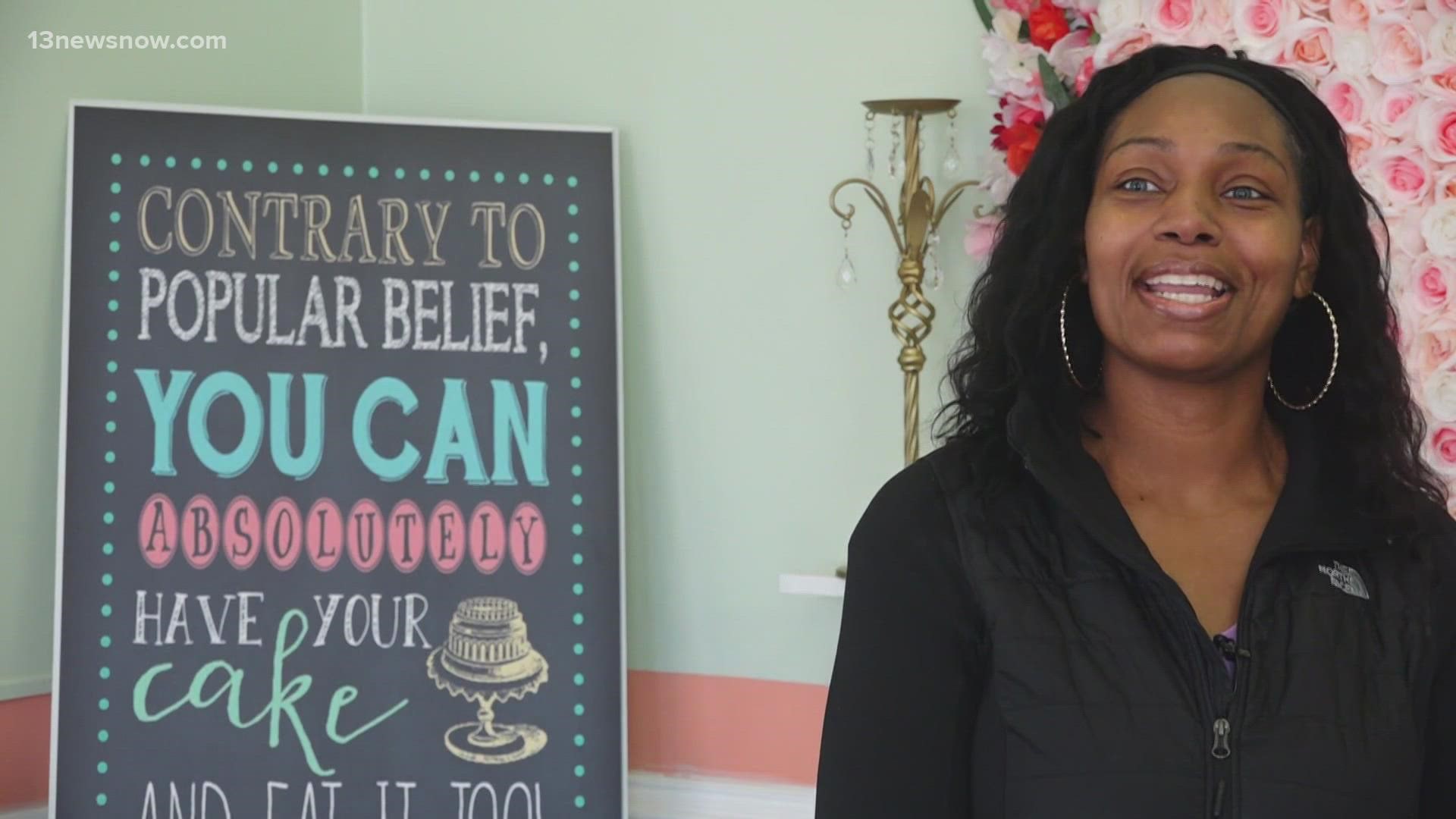