law enforcement agencies from across the state gathered to bring home the bodies of two Watauga County sheriff's deputies killed in the line of duty. 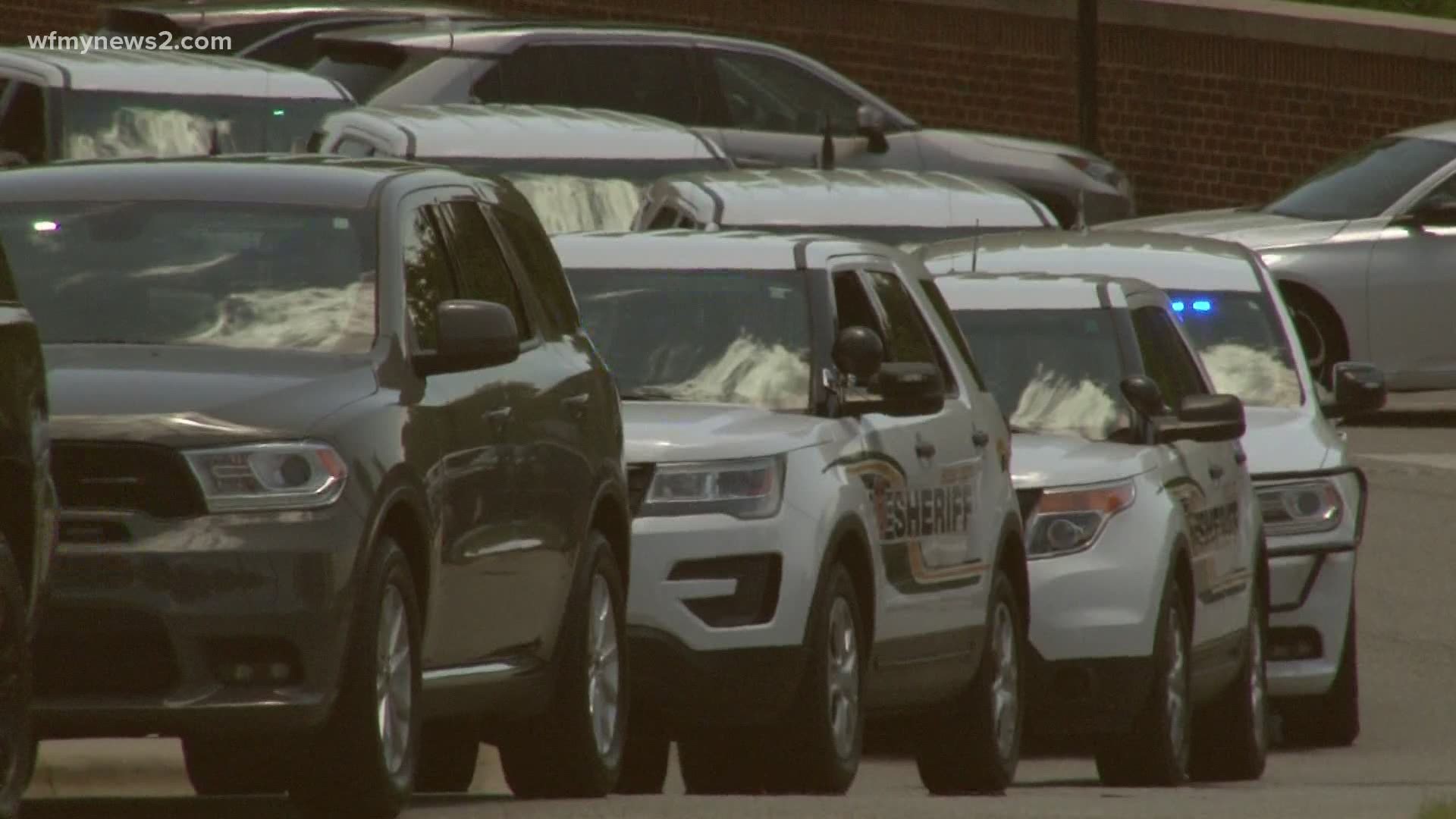 WINSTON-SALEM, N.C. — Dozens of law enforcement agencies from across the state gathered in Winston-Salem on Friday to bring home the bodies of two Watauga County sheriff's deputies who were killed in the line of duty this week.

Investigators said a man shot and killed Sgt. Chris Ward and K-9 deputy Logan Fox after they responded to a welfare check Wednesday morning at a home in Boone.

Ward died at a hospital. Fox died at the scene. Their bodies were brought to the Triad for autopsies.

Officials said Isaac Alton Barnes, 32, shot his mother and step-father before taking his own life.

On Friday, 80 law enforcement agencies gathered at the Winston-Salem Dash Stadium to honor the fallen deputies with a procession. It started shortly after 1 p.m. and headed to Boone.

Officers stand with hands over their hearts as the procession for the fallen deputies makes way toward Boone. @WFMY pic.twitter.com/NLmlfJk1B8

Forsyth County Sheriff Bobby Kimbrough said escorting their fallen brothers is the least they could do.

Watauga County Sheriff Len Hagaman said sadly, this is a situation the department is familiar with.

"We're doing OK in terms of being as OK as we can be. Emotions run hard and soft and up and down. Certain things even for me trigger a real sense of emotion. Unfortunately, I’ve been through this before we lost an officer in 2012. It just brings back a lot of those emotions," said Sheriff Hagaman.

Both law enforcement leaders said they just want to see people come together.

"It's heartwarming, it's reassuring to know. Sheriff and I were talking and we got to stop this divide that the country is in right now. We got to stop this turmoil and be one and he's going to follow along with us and be right there for us," said Hagaman.

The procession continued through Boone. Hundreds of law enforcement officers lined the streets and saluted the officers as their bodies were taken to the funeral home. The American flag was draped over both of their caskets.

Authorities said Barnes had a large cache of weapons and may have been contemplating an attack in public.

Watauga County Sheriff Len Hagaman identified the dead on Thursday. He said George Wyatt Ligon and his wife Michelle were dead along with Barnes. Barnes was Michelle Ligon’s son and the man’s stepson.

Hagaman said family members expressed concerns about the large number of weapons Barnes had and what he might try to do.