Doctors told her family Juliana Requejo-Croft will save up to eight lives through organ donation. 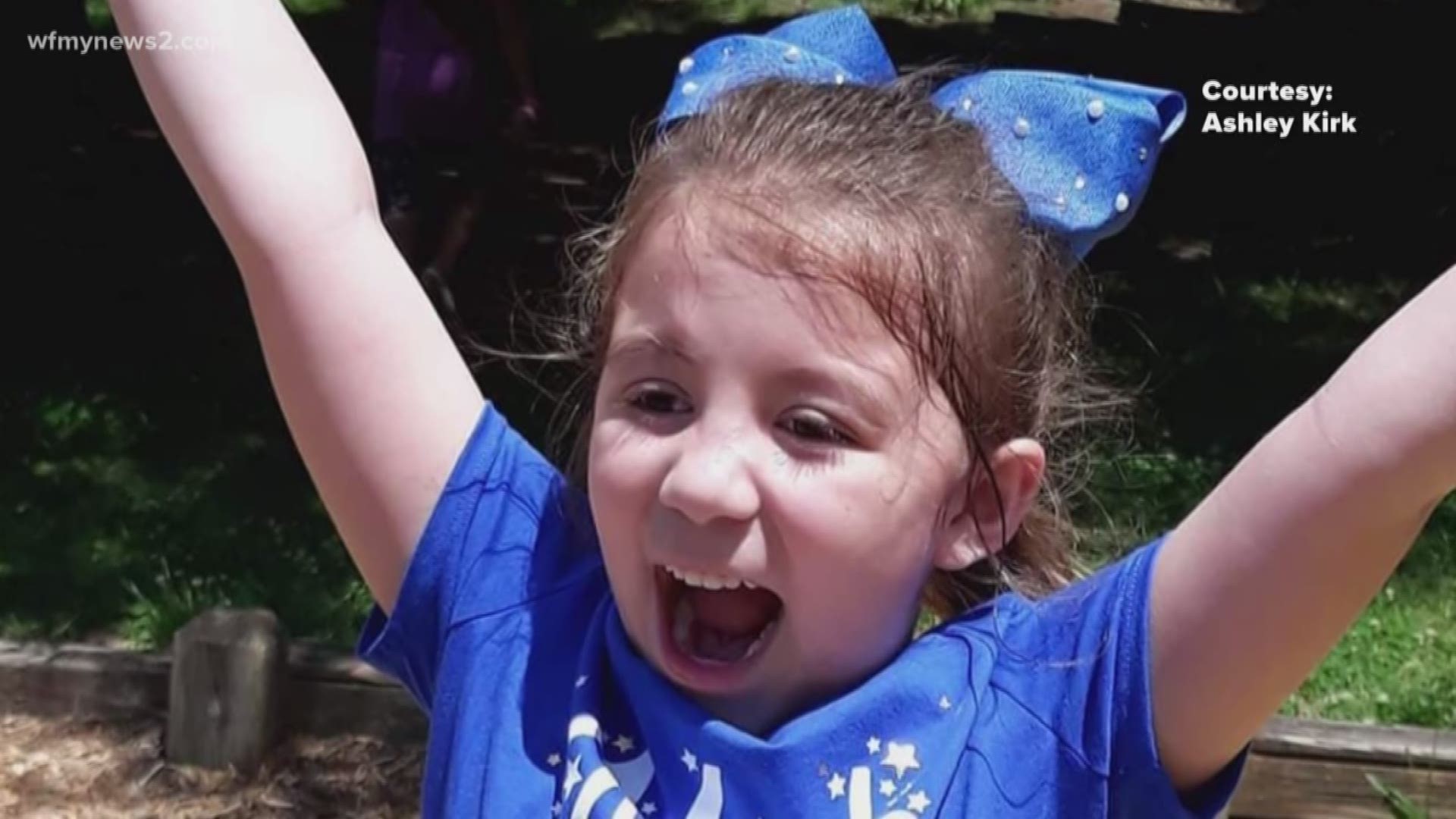 GUILFORD COUNTY, N.C. — Family and friends, alongside doctors and nurses, lined the walls of Brenner Children's Hospital Wednesday night to honor Juliana Requejo-Croft, a 7-year-old girl who died after a weekend car accident.

Her family decided to donate her organs, so other children can have a second chance at life.

The Honor Walk was a humbling moment for Juliana's grieving parents - Luis and Shea - who are still recovering from injuries from the crash. But as they walked down the hallway, Shea Requejo-Croft says, she couldn't be more proud of her daughter.

"We decided to let her be an organ donor," she said, "They said that she was the perfect match for eight transplants which is actually unusual. That's a lot of people."

The young girl passed away after a car crash near Archdale on Saturday. Her parents and older sister were also inside when a pickup truck collided with their car.

First responders rushed Juliana to the hospital with life-threatening injuries, but she didn't make it.

"We’re a little scared about the next step of going home, but we know we’re going to get through it," said Requejo-Croft, "It's very hard, I've kind of taken it in steps so right now this is our reality."

As the family remembers all the good times with Juliana, they say, they'll also remember this: how, in her death, the little girl who wanted to be a doctor was still able to save lives.

"We loved her, and even though her life was short on this Earth, she did matter. We want her death to matter and make a difference to people," said grandmother Darlene Parris.

"Some people touch lives in different ways. And Juli saved lives, and not many can ever say that," said Juliana's godmother Tasha.

Highway Patrol charged the other driver with misdemeanor death by motor vehicle and reckless driving. Troopers say it was raining and the driver was going too fast for conditions.

‘Love you more,’ Noah Chambers’ school locker turned into a ‘prayer locker’ in his memory

'Hope you can see this in heaven, buddy,' family puts on light display in honor of Noah Chambers

'He is in a Better Place': Father of Noah Chambers Says 11-Year-Old Has Died After Car Hit Him While Trick-or-Treating