'We have a long road ahead of us.' | Windsor police chief, town manager discuss traffic stop of Army officer 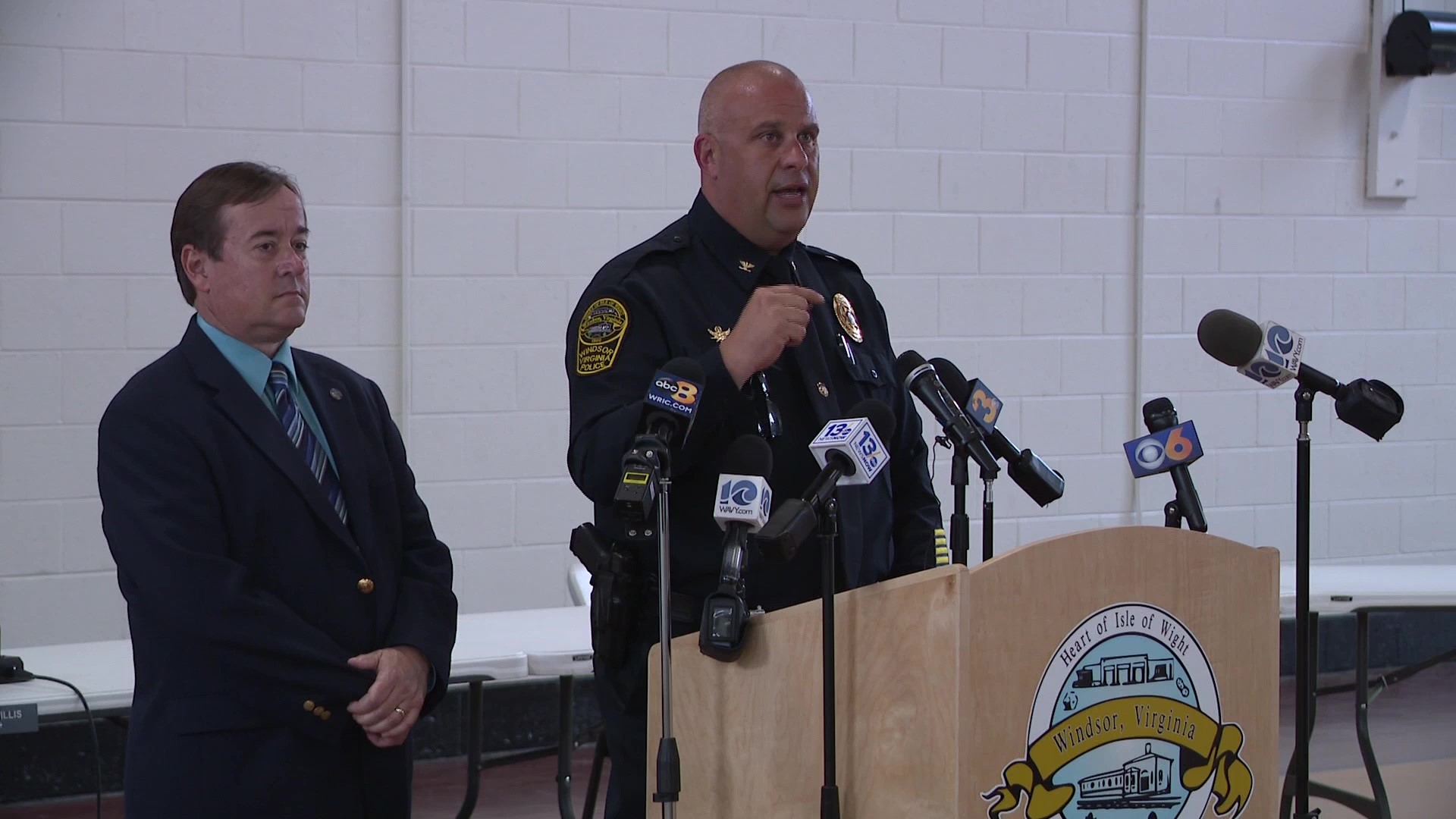 Town Manager William Saunders and Police Chief Rodney Riddle and hosted the conference where they took questions from several reporters. This comes a day after the Windsor Town Council convened to discuss the stop.

Police Chief Riddle dove into details surrounding the department's internal investigation into the stop. He said an investigation was launched internally on Dec. 8, 2020, just a few days after the traffic stop took place.

After concluding the internal probe on Jan. 28, Riddle verified that disciplinary action had been taken, but didn't divulge what specific action was done due to a "personnel issue."

However, once Lt. Caron Nazario's lawsuit against the had been made public months later and body camera footage of the incident was posted online, Windsor Police made the decision to fire Officer Joe Gutierrez. Gutierrez was seen on video pepper-spraying Lt. Nazario.

Riddle said that once the incident started attracting massive attention and went viral, he knew Gutierrez could no longer serve the community effectively. After being questioned about why the officer wasn't fired at the completion of the internal investigation, Police Chief Riddle maintained his previous answer that disciplinary action had been taken.

He also called it "inexcusable" when Gutierrez responded to Lt. Nazario's declaration that he was scared during the traffic stop with, "You should be."

"Those kinds of things are intolerable," Riddle said. "We’re going to work to fix it. What we have is an opportunity to build, to grow, to improve.”

In addition to Lt. Nazario's federal lawsuit against Gutierrez and Crocker, an independent investigation is being conducted by the Virginia State Police.

“At the end of the day, each and every call that we go to, it’s an encounter. It’s a citizen, it’s an officer, it’s an opportunity to build a relationship," Riddle remarked.

Riddle was also asked about why Officer Crocker hadn't been terminated from his position. The chief explained that Crocker had just graduated from the police academy last October and was working in a shadowing capacity under Gutierrez during the stop. Gutierrez was an experienced officer but was new to Windsor's police division.

As for the request from the Attorney General's Office for information on the department's practices and the officers' backgrounds, Riddle said he invites it.

Riddle did go on to say that he wished Lt. Nazario had complied with the officers' orders earlier, but that police could have found a better way to de-escalate the incident.

"I'm glad that he’s okay. At the end of the day, I’m glad nobody got hurt. I wish he would have complied earlier," Riddle explained. "I’m gonna own what we did wrong. My guys missed opportunities to verbally de-escalate things and change that outcome.”

When questioned why the officers drew their guns once they stopped Lt. Nazario's car, Riddle said it had been based on what they had seen before the car finally stopped. He said the vehicle had no visible tags and tinted windows and didn't stop immediately.

"I truly believe that encounter would have lasted two minutes had [Nazario] pulled over and did what he was asked," Riddle said. “We have a long road ahead of us, but we’ll get there.”

The statements from the Police Chief of Windsor today demonstrate the systemic policing issues that generate civil rights violations across the country. Municipalities field police forces without adequate training and supervision. Municipalities give officers guns and badges, but don’t pay them enough to keep them. Municipalities get behind on policies and paperwork. This is cutting-corner policing, and people like Second Lieutenant Nazario suffer. The Chief says he is glad that no one got hurt. OC spray hurts. Being threatened with “riding the lightning” hurts. Being told you should be afraid to follow police commands hurts. The Chief continues a false narrative and victim-blaming. He claims Second Lieutenant Nazario did not comply. The video shows otherwise. Lieutenant Nazario promptly slowed his vehicle, thereby signaling that he was submitting to Officer Croker’s display of authority. Officer Croker saw this and reports it. Lieutenant Nazario put his first arm out of the window within ten seconds of the first command to do so, while using the other arm to start the recording on his phone, and to execute Officer Crocker’s other command to turn off the vehicle. When asked how many occupants are in the vehicle, he responds within five seconds. The Officers’ decision not to communicate information to allay Lieutenant Nazario’s reasonable fears of facing guns, despite Lieutenant Nazario’s compliance, continued the one-sided escalation of this interaction. The Chief also failed to address the illegal search of Lieutenant Nazario’s vehicle—a clear violation of Arizona v. Gant and Cromartie v. Billings. The Chief failed to address the material misstatements made in the official police reports, and rebutted by the video evidence. If the officers (sic) faults were in split-second decision making, why did they continue to fail even then?

The Isle of Wight NAACP posted on Facebook that they were "appalled" by some of Riddle's statements and demanded that he step down from his post as police chief.