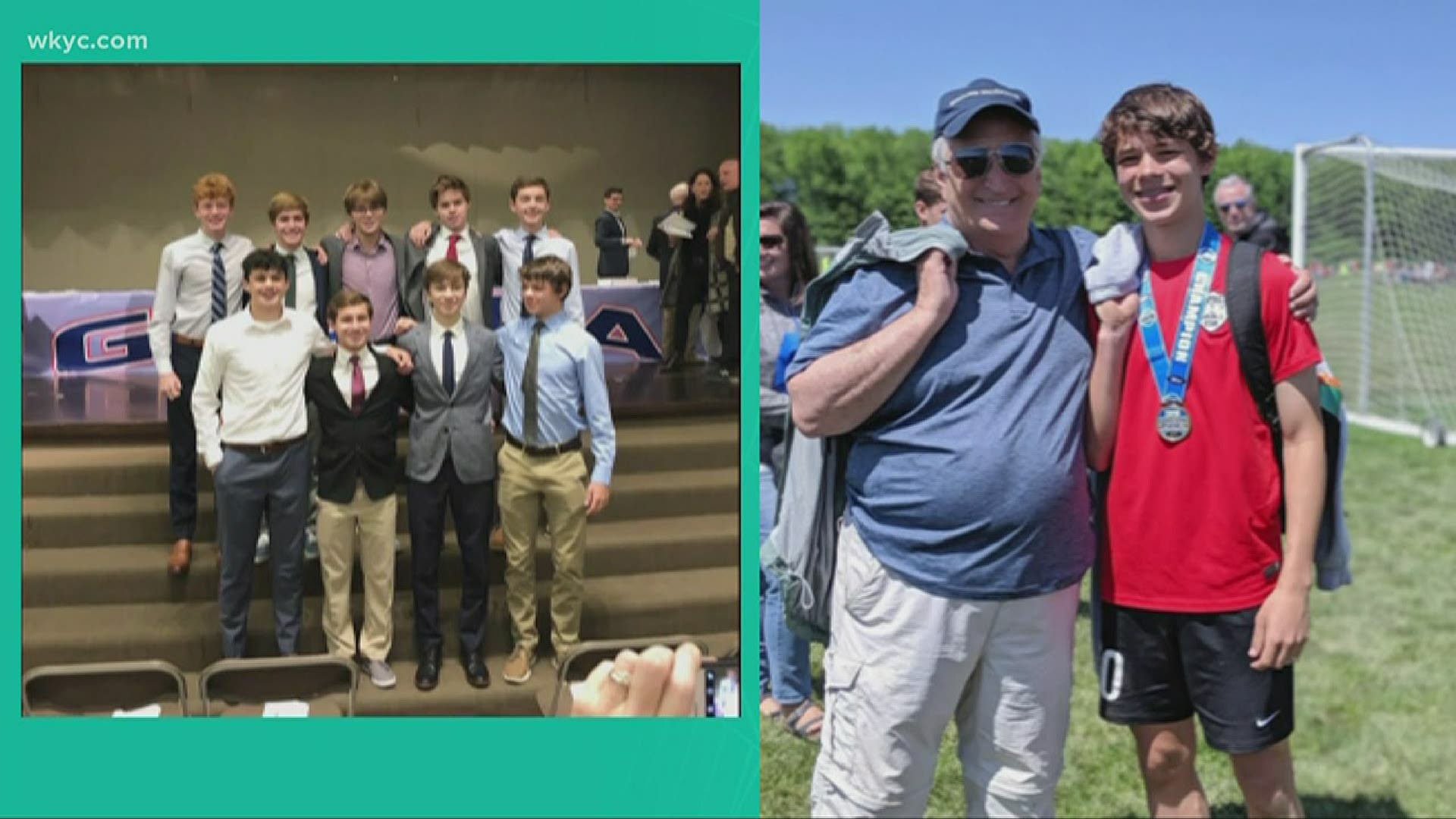 BAY VILLAGE, Ohio — For families across Northeast Ohio, it has been a time of missed milestones.

Sports, proms and even graduations have been canceled.

Hayden Coffman of Bay Village has been dreaming of attending West Point. But without important time on the field, in the band, or in the classroom, the high school junior worries he could miss out.

“This year is the big year for getting recruited. I missed them, a handful of showcases,” he said.

He also missed the SATs and ACTs, as his dad worries, too.

“Not getting the opportunity to actually physically go to colleges, to explore the campuses and get a feel for them, I mean it’s been disappointing,” said Dan Coffman, father.

But psychologist Betsie Saltzberg believes things are beginning to look up: By announcing the rest of the school year was off, she believes the governor returned control to people.

“When there’s uncertainty, people become more anxious, nervous, and stressed out,” Dr. Saltzberg said. “But now that we know what to expect, disappointment actually diminishes a little bit.”

She points out that can lead to problem-solving.

“The child’s life really isn’t, in reality, hinging on that graduation or hinging upon that prom. It only feels that way,” she said. “The time for problem-solving really is here.”

Hayden says he has been using his time to sharpen his soccer skills and study. His family is bracing for a busy fall spent catching up on the things they would otherwise be doing now.

“It’s going to be crammed, like I feel like a lot of this is going to happen in a much shorter time period,” Dan Coffman said.

Dr. Saltzberg believes that by adjusting expectations, they have taken a critical step towards progress. It is the first of her three-pronged process which includes being able to “worry calmly,” and “cultivate hope.”

She stresses it is important for parents to set a positive tone, since their kids are watching how well they manage stress.

RELATED: Will the kids be alright? Data-driven parenting advice