Firefighters contained heavy flames that broke out at a trailer home in the Portlock area of Chesapeake. One woman suffered burn injuries during the fire. 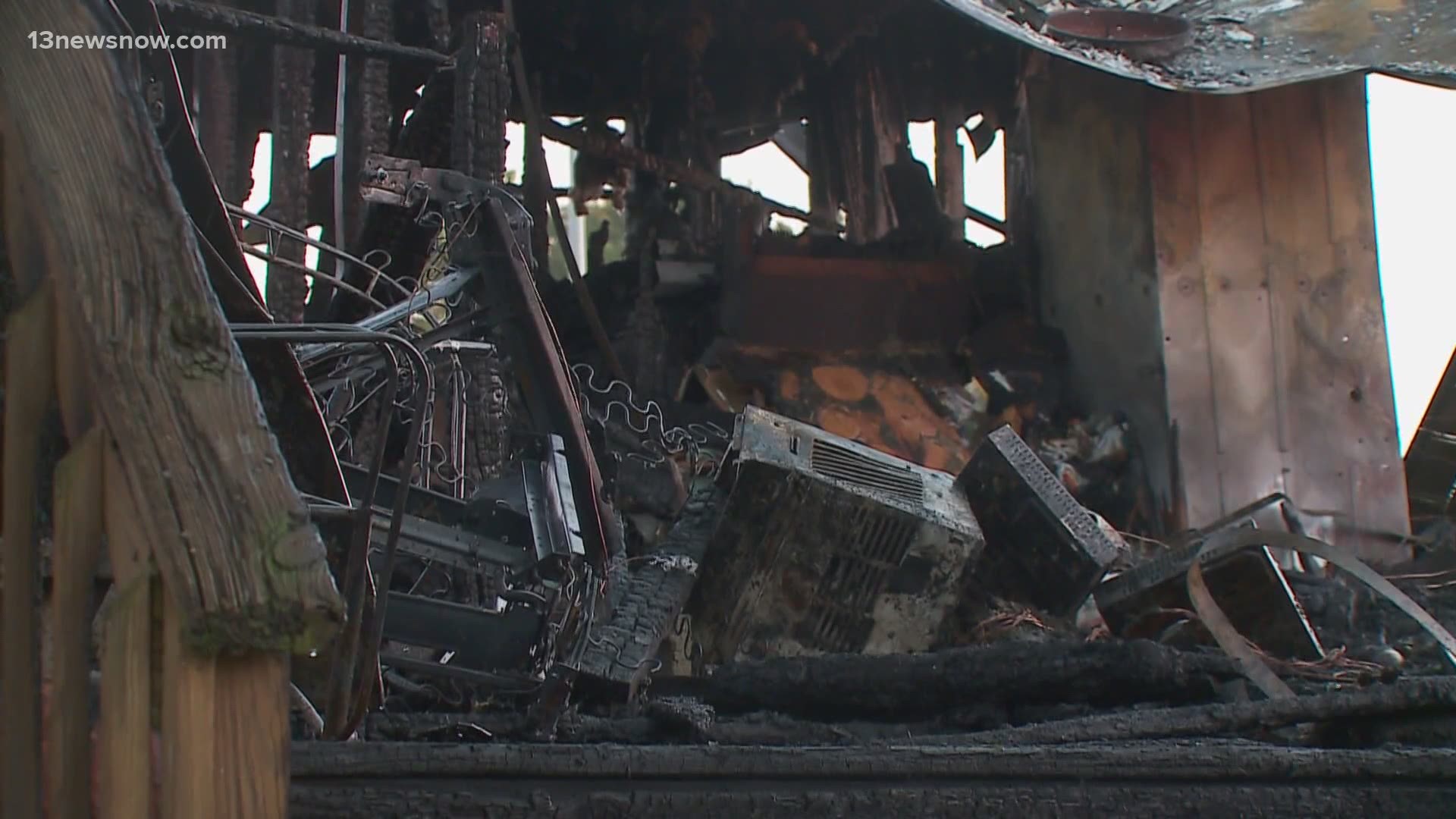 CHESAPEAKE, Va. — Fire crews were able to contain a heavy fire that broke out at a trailer in Chesapeake early Monday morning that sent one woman to the hospital.

Firefighters were sent to the 1800 block of Iris Street in the Portlock section of the city shortly after 4:30 a.m. Monday.

They rushed to the scene where they found a trailer engulfed in flames. Fire crews were able to put out the fire shortly after they arrived.

Officials at @ChesapeakeFire confirm a woman who lived in this mobile home is in the hospital with burn injuries. #13NewsNow pic.twitter.com/j5GyNdjxg6

A woman suffered burn injuries and had to be taken to a local emergency room for treatment. The fire broke out at her home, which sustained extensive damage.

Lt. Danny Smith of the Chesapeake Fire Department said the woman has non-life-threatening injuries. He added that crews had the fire under control by 5 a.m.

"Crews did a good job making sure the fire didn't spread to the adjacent trailer," Smith said.

Neighbors say the woman is in her 60s and lived alone with her pet cats.

"She's really going to need a whole lot of help. She lost her husband earlier this year and she doesn't have much of her own family," a neighbor said. "I just hope she's okay and everyone sends out prayers for her."

Crews spent the morning sorting through the debris, extinguishing hot spots and investigating what happened.

Later on in the day, the assistant fire marshal revealed that the blaze was accidental and caused by a portable space heater placed too close to combustible materials.