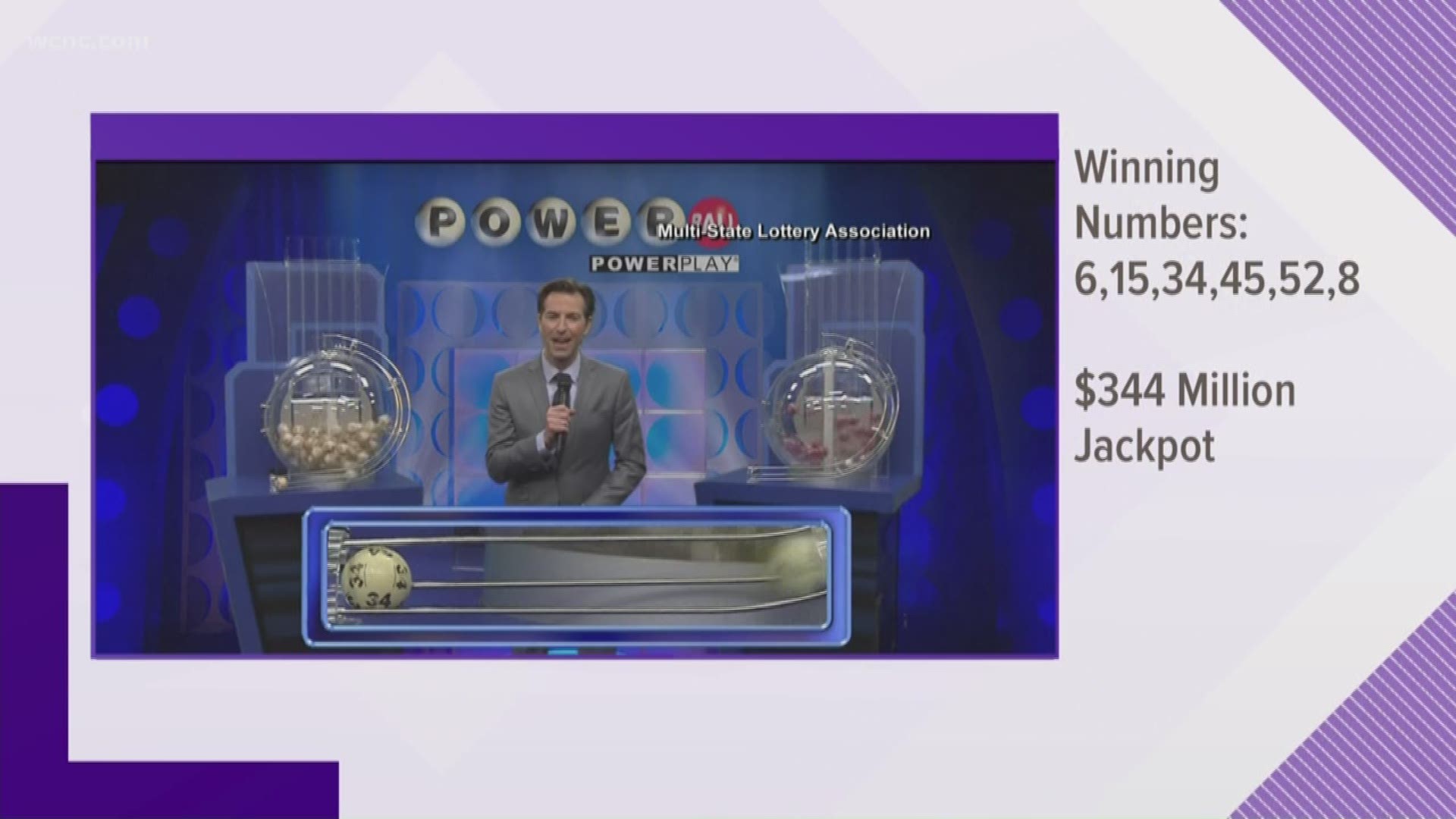 RALEIGH, N.C. — Someone in North Carolina has hit the jackpot -- literally. According to the NC Education Lottery, someone in the state won Saturday's Powerball jackpot of $344.6 million.

The ticket owner can choose from an estimated annuity of $344.6 million given over 30 payments in 29 years, or a lump sum payment of $223.3 million.

“This is a life-changing event and we’re excited that someone in North Carolina won this jackpot,” said Mark Michalko, executive director of the N.C. Education Lottery, according to a press release.

The NC Education Lottery said the winner has 180 days to claim their prize.

Charlotte family reunites with dog who ran away after rollover accident