"He wanted me to get up to prove to him that I had a disability." 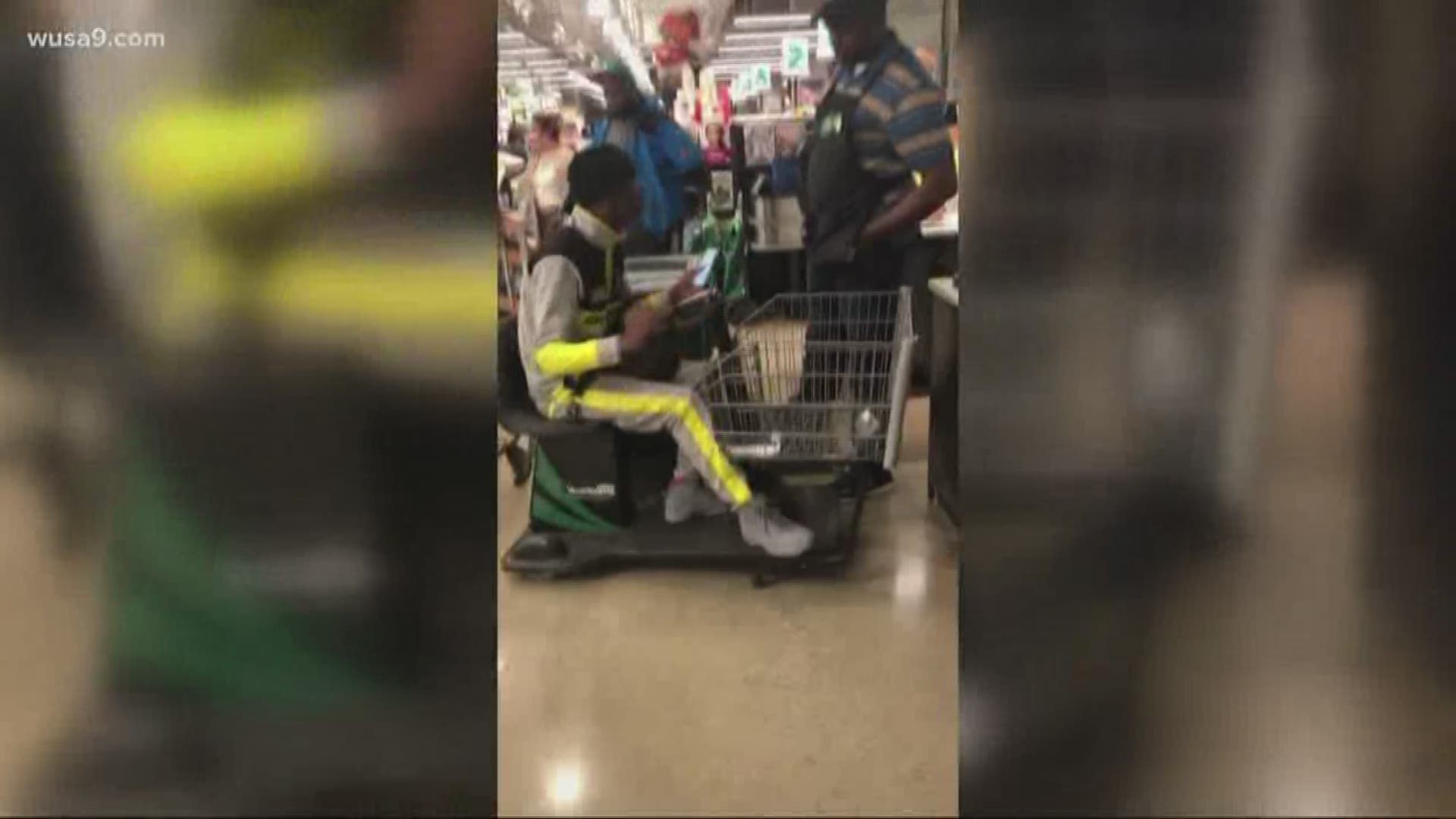 WASHINGTON (WUSA9) — A disabled man claimed he was told to get out of his seat at a Northeast D.C. Whole Foods store.

The customer called the incident discrimination, but the grocery store disagreed with the claim.

A video posted on Facebook showed the aftermath of what Javonte Austin said went down inside of the Whole Foods on H Street in February.

“They want my friend to get out his chair to show that he’s disabled,” Kenonda King said in the video.

The 28-year-old, who lives with cerebral palsy, was in a motorized shopping cart when it accidentally crashed into two displays.

Someone who worked at the store asked if he was OK.

PREVIOUS: Woman tells Muslim shopper: ‘I wish they didn’t let you in the country’

“He made him get up like he was some type of puppet show to show people that he was disabled,” King said.

Austin’s best friend, King, was ticked off and started recording the viral video.

“You don’t have to explain yourself to nobody,” King shouted in the video. “He didn’t have the right to tell you to get out your chair.”

PREVIOUS: Va. family says United Airlines discriminated against their son with Down Syndrome

“I was embarrassed. It was at 7:00 during the evening. Everybody was in there and they was looking at me like I’m crazy,” Austin said.

Like many viral videos, the footage did not begin until after the alleged incident happened, which makes it hard to know for sure what happened.

There were two sides to this story, and Whole Foods said what the customers claimed happened is not true.

A Whole Foods spokesperson sent the following statement to our sister station, WUSA9:

“The characterization of this interaction is false. At Whole Foods Market, we strive to create an environment that is welcoming and comfortable for all of our customers. There was concern about the customer’s well-being after he appeared to have trouble operating his cart. No team member asked the customer to stand up from the cart – that would be unacceptable.”

An email sent to Austin from Blueline Security Services revealed some sort of action was taken against the employee, but a director of the company would not say what action was taken.

The e-mail said, in part, “In observance of employee right privileges, the exact nature of measures taken cannot be disclosed. Items of action that did occur that will ensure that your future visits will not involve interactions with our assigned staff member that was on duty that day in question.”

However, Austin said he is still waiting for an apology even if Whole Foods does not agree with his version of the story.

“No one is listening. They’re taking this situation and throwing it under the rug,” King said.

Austin claimed the Whole Foods store manager offered him a gift card, but he turned it down.

He did not file an Americans with Disabilities Act complaint.