MD judge: Former Canadian military reservist linked to white supremacist group 'The Base' will remain in US custody

He is one of three charged with firearms and illegal immigration-related charges who were planning to come to Virginia's Lobby Day rally. 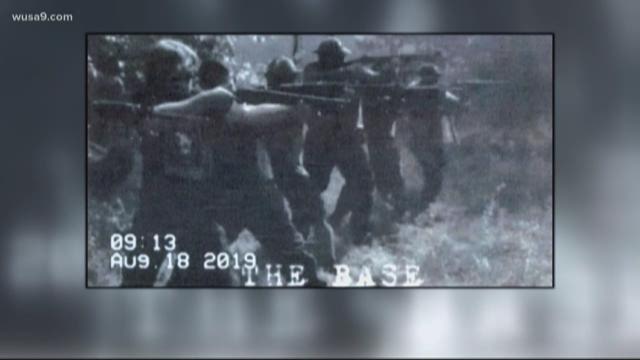 GREENBELT, Md. — A federal judge in Maryland has ruled that a former Canadian Armed Forces reservist who's linked to a violent white supremacist group called "The Base" will remain in custody.

Mathews and two other men were arrested Thursday on federal felony charges in Maryland and Delaware. Authorities said they were believed to be headed to a pro-gun rally in Virginia’s capital.

Sullivan also refused to set bail for a defendant arrested on related charges in the FBI's investigation of The Base.

The two other men arrested are Brian Mark Lemley, Jr., 33, of Elkton, Md., and Newark, Del., and William Garfield Bilbrough IV, 19, of Denton, Md. They were charged with transporting and harboring aliens and conspiring to do so.

Lemley, along with Mathews, was also charged with transporting a machine gun, disposing of a firearm, and ammunition to an alien unlawfully present in the U.S., officials said.

The group's members discussed, among other things, recruitment, creating a white ethnostate, committing acts of violence against minority communities, including African Americans and Jewish-Americans, the organization’s military-style training camps, and ways to make improvised-explosive devices in "The Base's" encrypted chat rooms, the federal complaint alleges.

According to the affidavit, the three men tried to make a controlled substance at Lemley and Mathews’s apartment and talked about "The Base’s" activities and spoke about other members of the organization.

Lemley, according to authorities, previously served as a Cavalry Scout in the U.S. Army, and as of August 2019, Mathews was a combat engineer in the Canadian Army Reserve.