Mayors, board call for an end to ERC toll deal for Downtown and Midtown Tunnels

Hampton Roads leaders formed a new committee to study how the state could back out of the deal before rising toll costs hurt the region's economy. 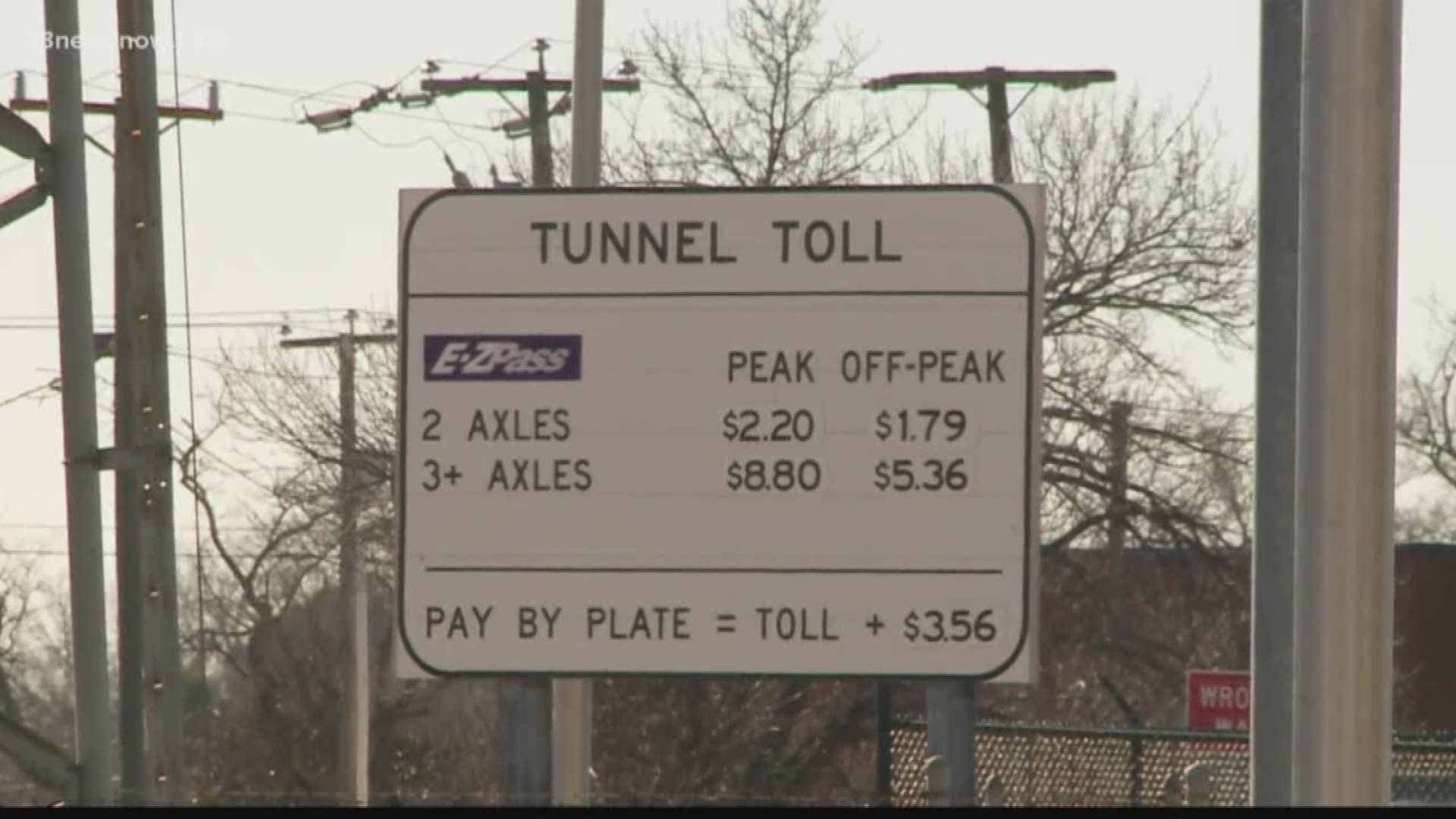 Rowe, Norfolk Mayor Kenny Alexander, Hampton Mayor Donnie Tuck and five others have formed a committee to study how the state could possibly change or back out of the agreement with ERC.

The committee was formed at a Hampton Roads Transportation Planning Organization meeting, where the mayors and others voiced concerns about toll prices and other aspects of the agreement. HRTPO director Bob Crum Jr. said he supports the new committee's opinion that something needs to change.

"Those tolls will continue to increase over time, I think the concern is what impact that will have," Crum said. "We need to investigate what options are on the table and work with the state and general assembly to get those things addressed."

Rowe said he feels like local leaders are now recognizing the tolls as a regional issue, and not just a "Portsmouth issue." An Old Dominion University study found Portsmouth lost about $8.8 million each year after the implementation of the tolls in 2015.

However, Crum and Rowe said any changes would likely need to be made in Richmond via the general assembly. The current agreement was made between the Commonwealth of Virginia and ERC. Crum said it was not signed by the local city governments.

Elizabeth River Crossings responded to statements from public officials that the contract needs to end. The company said in a statement that it assumed more than $4 billion in costs when it agreed to expand, renovate and maintain the Midtown Tunnel, Downtown Tunnel and MLK Freeway facilities.

The statement reads, in part:

"We understand that certain Board Members of the HRTPO believe that funding for this important infrastructure should be from a means other than tolls and that they will explore alternatives to suggest to the Commonwealth. ERC does not plan to participate in this process but, as was stated at the recent HRTPO meeting, we are happy to meet with members of the working group for informational purposes if it would be helpful."

Crum said another section of the agreement between the state and the ERC is worrying for local governments. Due to a non-compete clause, ERC could claim damages and lost revenue when other transportation projects are completed within the region, requiring the state to pay compensation to ERC.

With the High Rise Bridge expansion underway and the Hampton Roads Bridge Tunnel expansion coming soon, Crum said the board is worried about additional costs or repercussions. He said this understanding provides the new committee additional motivation to find a way to end the current agreement between the state and the ERC.

If the committee finds there is no feasible way to end the 58-year agreement and counter rising toll prices, Crum said he's not sure what would happen next.

"We'll have to cross that bridge when we get to it," he said.