A mental health evaluation was requested for Edward Shaw, who was told to deal with a man that 'mentally abused' his lover. Instead of the intended target, a Norfolk preschool teacher was killed. 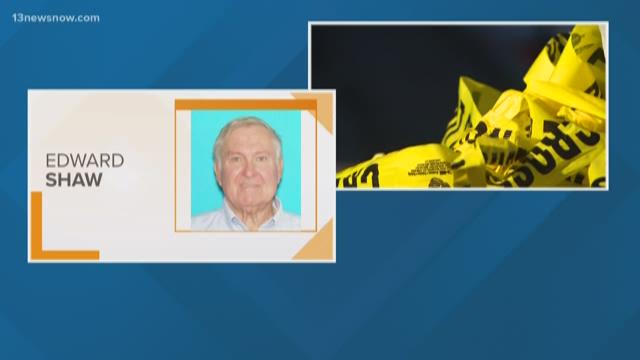 A mental health evaluation was requested Tuesday for Edward Shaw, a suspect in the murder of a preschool teacher who was not the intended target.

The mental health evaluation will test if Shaw was sane at the time of the shooting and if he is competent enough to stand trial.

Norfolk police charged Shaw and Teniqu Cushman in connection with the killing of 50-year-old Caroline Hendrix. Hendrix was found shot inside a van on December 31, 2017.

During a February 2018 bond hearing for Cushman, prosecutors told the court that she and Shaw met online, and then they met in person at the Virginia Beach Oceanfront.

Prosecutors said Cushman and Shaw had a sexual relationship. In return, Shaw gave Cushman money to pay for college and start a heating, ventilation, and air conditioning company.

Prosecutors said before Cushman met Shaw, she dated another man and their relationship was riddled with trouble. They added that Cushman made Shaw aware of the tumultuous nature of the relationship, and she texted Shaw that she wanted the man dealt with after he mentally abused her.

On December 31, Hendrix was in that man's van. Prosecutors stated that Hendrix and the man who Cushman dated had similar body types. Although they did not indicate in court that the man was with Hendrix, they said Shaw fired into the van, hitting Hendrix. A man who was at the scene fired back at Shaw, wounding him.

Shaw was expected in court for a jury trial on March 11, 2019. However, the mental health evaluation request has pushed the trial date back.