The lawsuit is asking for $140 million for damages caused by the City's refusal to honor it's legal commitment to the firm. 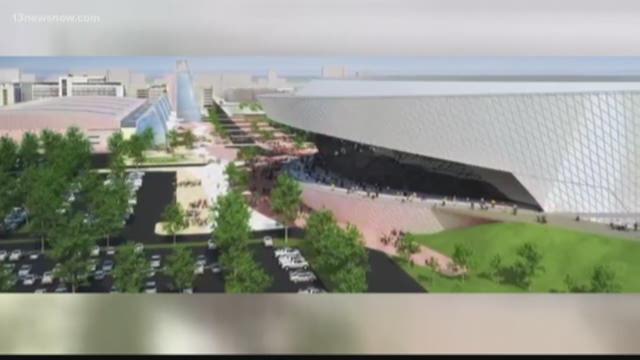 VIRGINIA BEACH, Va. (WVEC) -- The Mid-Atlantic Arena LLC has filed a lawsuit against the City of Virginia Beach on Tuesday.

The lawsuit is asking for $140 million in damages caused by the City's refusal to honor its legal commitment to the firm to build an 18,000-seat arena at the Oceanfront .

The Mid-Atlantic Arena had employees working on the project for the past four and a half years. The proposal for the arena was submitted in February of 2014, and the City voted unanimously to move forward.

In December of 2015, a binding agreement was made.

The Mid-Atlantic Arena said Mayor Will Sessoms told the Virginian-Pilot that the Developer did not have the required $70 million of equity in the banks as of 11:59 p.m. on Nov. 7, despite the fact that there was no requirement to do so in any of the legal documents.

He said, "I assure you the City of Virginia Beach has not done anything to breach the contract.”

Millions of dollars and over four years were spent putting the arena plan into place. The firm not only had damages in earnings from the fallout, but reputation damage as well.

“Very disappointed to see it. We will evaluate it and feel very confident that we will be able to defend it and we will win," said Sessoms.

"By pulling the rug out from under us at the last minute, Virginia Beach broke faith with not only our development team, a local prestigious University, and the many organizations that support our project, but also the citizens of Virginia Beach. We are saddened for the citizens of the region who were excited for the employment opportunities and anxious to attend concerts, family shows and sporting events here."

13News Now has reached out to the City Attorney, Mark Stiles, and he is not ready to provide a statement at this time.

Statement From Mid-Atlantic Arena by 13News Now on Scribd

Sessoms told 13News Now in November that there is a possibility the deal could advance at some point if the developer proves that all requirements were met. He said he is willing to work with Mid-Atlantic Arena LLC again.