Military leaders say return of sequestration would be 'devastating' to readiness

"Going back to sequestration levels next year would be devastating on the force," said Admiral Bill Moran, the current Vice Chief of Naval Operations. 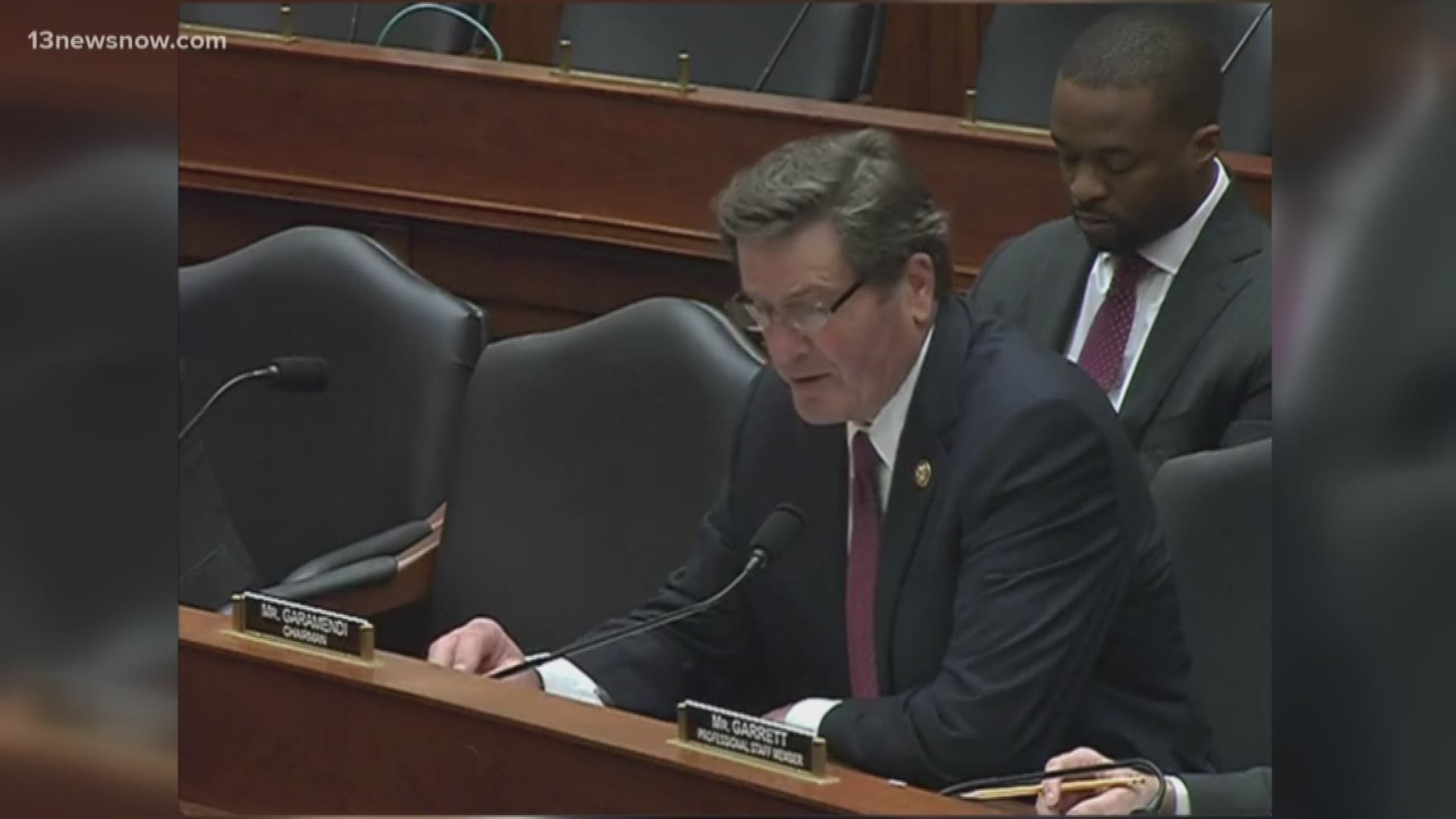 WASHINGTON, D.C., USA — After the passage of the Budget Control Act of 2011, when sequestration kicked in and brought with it automatic and arbitrary ten percent budget cuts across the board, the service branches suffered, and, as a result, so did military readiness.

That message was delivered, loud and clear, to members of the House Armed Service Subcommittee on Readiness on Thursday.

"Going back to sequestration levels next year would be devastating on the force," said Admiral Bill Moran, the current Vice Chief of Naval Operations. "With past as prologue, if we revert back to more Continuing Resolutions or go as far as sequestration, the burden will be carried once again on the backs of our men and women, both uniformed and civilian, as well as our depot workers at both our public and private yards throughout the country."

The Vice Chief of Staff of the Army agreed it would be a bad idea.

"If we went back to sequestration type level, it would be absolutely devastating," said General James McConville. "The readiness gains that we made would be lost. We would not be able to modernize the Army. We'd have to reduce the end strength. And we would hurt the quality of life for all our soldiers."

Congress has reached deals every two years since 2013 to lift the sequestration budget caps. The next deadline is midnight September 30, a little over 4 months from now.

On another note, lawmakers also expressed misgivings when it comes to how money is spent,  suggesting that the branches are focusing too much on the long-term, and, not enough on the here and now.

"I'm concerned that the department is overly focused on the long term readiness, someday out in the future,  through their various modernization programs and is not placing enough emphasis investing in the near term, that is, next year and this year, to support the training and sustainment of the existing weapons systems and the personnel," said Rep. John Garamendi (D-California), the subcommittee's chairman.