The Secretary of Defense and President Trump said they wanted to change up the approach to deployments, making them less predictable and shorter. The Harry S. Truman Strike Group is the first to test out that method. 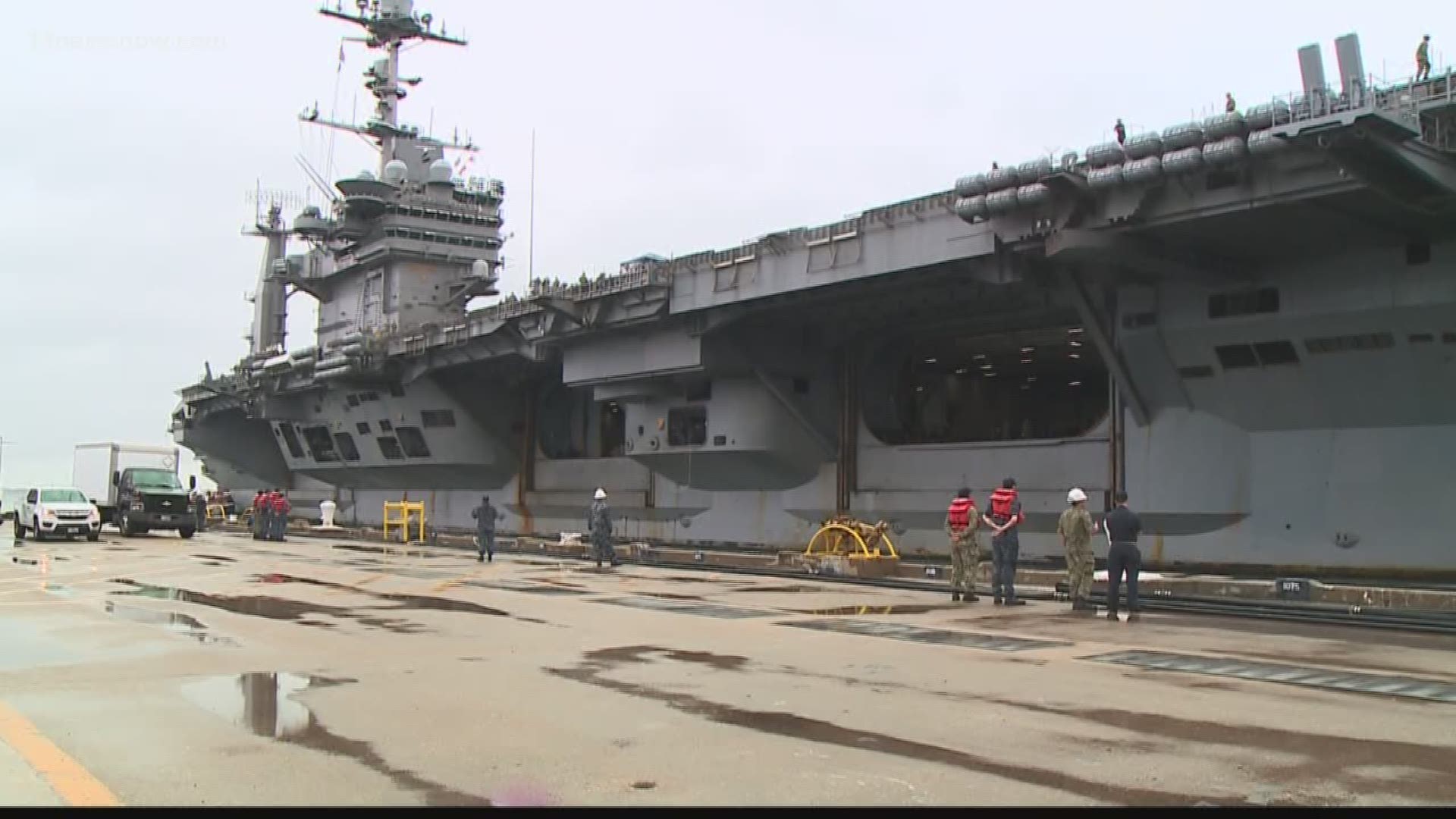 Once here, USS Harry S. Truman and its complement will remain before heading out to sea again.

Defense Secretary James Mattis and President Donald Trump said they wanted deployments to be less predictable and not as long as many have become. The Truman Carrier Strike Group will be the first to test out the new approach to deployments. The group left Naval Station Norfolk in April and was supposed to return around November.

After spending time in home port, the carrier strike group will deploy again. Because of the break in its original deployment timeframe, sailors will return again sometime after November.

The aircraft carrier Harry S. Truman, and USS Normandy, USS Arleigh Burke, and USS Forrest Sherman are returning after operating for more than three months in the U.S. 5th and 6th Fleet areas of responsibility.