Two U.S. Navy warships carrying helicopters and rescue equipment are in position off the East Coast to help with the response to hurricane-turned-Tropical Depression Florence. 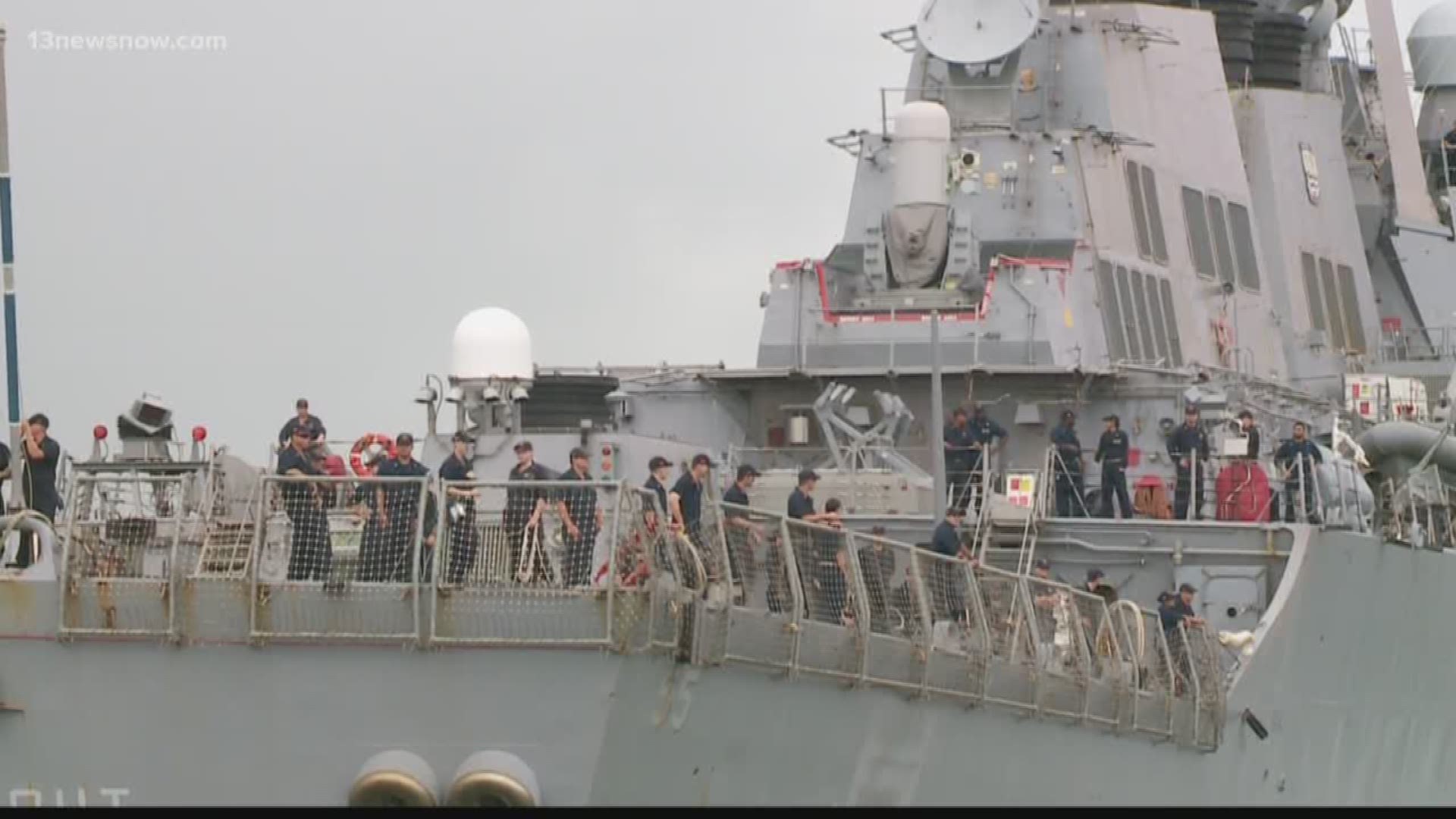 NORFOLK, Va. (WVEC) — As the Navy's fleet of ships returns to Naval Station Norfolk after being sortied ahead of Hurricane Florence, two more ships will remain on standby for storm recovery assistance.

Nearly 30 ships were ordered out to sea last week to avoid the storm system. Over at Naval Air Station Oceana, 128 aircraft that were also flown out as a precaution returned over the weekend.

Meanwhile, the U.S. Navy said that the amphibious attack assault ship USS Kearsarge and the amphibious transport dock ship USS Arlington are available to provide support if it's requested by civilian officials.

The ships are ready deploy hundreds of Marines and sailors as well as Osprey aircraft, helicopters, landing boats, ground vehicles, and generators. The sailors and Marines are capable of conducting search-and-rescue missions as well as clearing debris.

Military officials said the USNS Comfort hospital ship has not been deployed because communities surrounding the disaster area are able to provide adequate medical services.