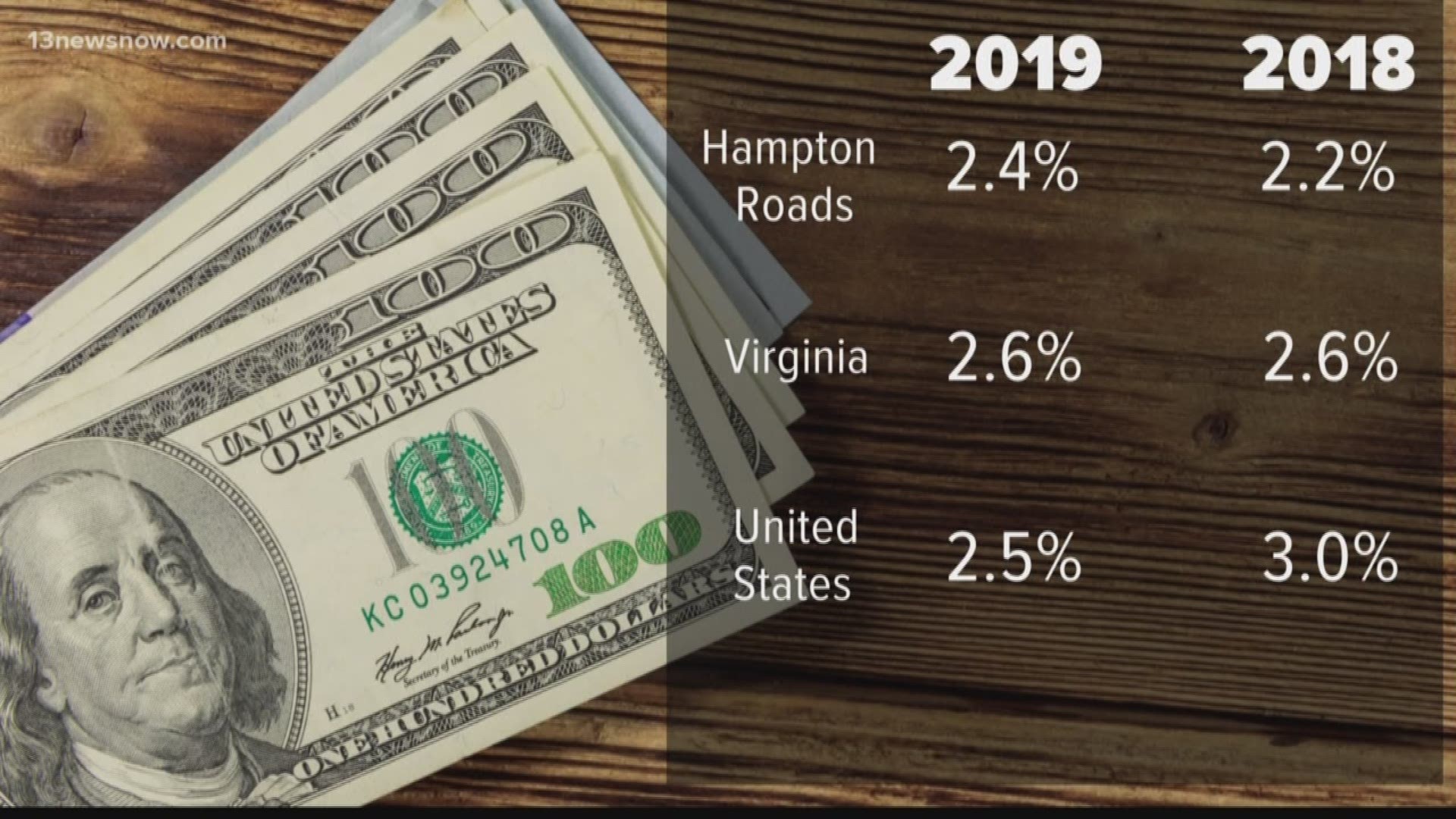 Economists Bob McNab and Vinod Agarwal cite the just concluded 35-day federal government shutdown as an example of "how political conflict can dramatically affect" the economy by "increasing uncertainty and hampering growth."

The professors project the Hampton Roads Gross Domestic Product will increase slightly this year, by 2.4 percent. That compares to  2.2 percent last year.

For the state of Virginia, ODU projects the GDP will stay flat: increasing by 2.6 percent in 2019 as it did last year.

In addition to the possibility of another shutdown, McNab also warned of the potential return of sequestration September 30 unless Congress acts to stop it.

"That sucking sound you hear is the Virginia economy grinding to a halt if that happens," he said. "We'd see an $80 to $90 billion decrease to the defense budget. That would undoubtedly impact Hampton Roads very negatively."

"We want to avoid that at all costs," he said. "And the way the business community can help shape that outcome is by contacting their legislators so we can keep our economy going in the right direction here in Hampton Roads."