Mother: Teacher in Norfolk made daughter swap 'dirty' clothes with other girl

The mom said a teacher at Crossroads Elementary School made her daughter switch outfits with another student because the teacher thought the daughter's clothes were dirty. 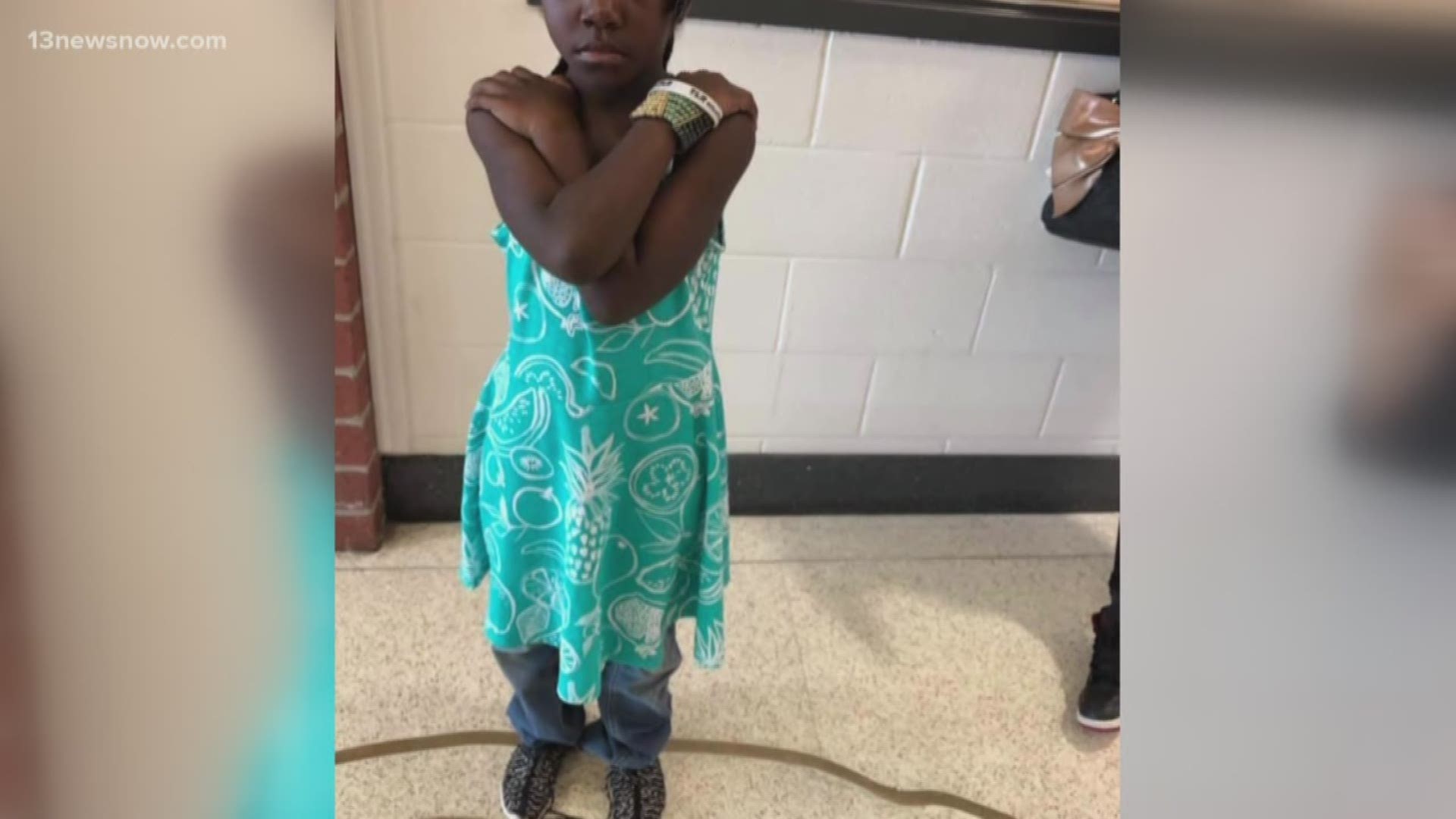 NORFOLK, Va. — A mother is demanding answers after a teacher made her 7-year-old daughter switch clothes with another student.

DeKyra Davis said a teacher at Crossroads Elementary School made her daughter, JaeKyra, swap outfits with another girl because the teacher thought JaeKyra's clothes were dirty.

“Another student that’s bigger than my child walks out in my daughter’s clothes. The jeans are all rising because she’s taller than Jae, and she’s heavier. And I’m like, okay, this child has the clothes that I put on my child’s back on her back, now," Davis said. "So I said, 'Why does she have her clothes on?' She was like, 'Oh, I made them switch because I thought the outfit would look better."

Davis said that doesn’t add up. She questioned if her daughter’s clothes were dirty, why did the teacher put them on another student?

“I would never send my child out the house, dirty," Davis said. “I’ve never in my life heard of a teacher taking a student’s clothes off another student and putting it on and making them swap back.”

It happened before an honor roll ceremony during which JaeKyra received an award.

In a statement, Norfolk Public Schools officials said they were aware of the incident and the administration at Crossroads Elementary "responded appropriately" in addressing the issue.

Davis said administrators switched her daughter to another class with a different teacher, and the principal apologized.

School officials said this is a personnel matter, and they wouldn't comment any further.

JaeKyra received a certificate that day for making the honor roll, but Davis said her day was ruined.

“She walked on her special day. She walked across the stage crying to receive her award that she worked hard for,” Davis said. “I feel like what she did was unethical. It was unsanitary, and so much could go wrong.”

Davis said she’s not satisfied with the way the school handled the situation, and she wants the teacher in question to apologize to her daughter.