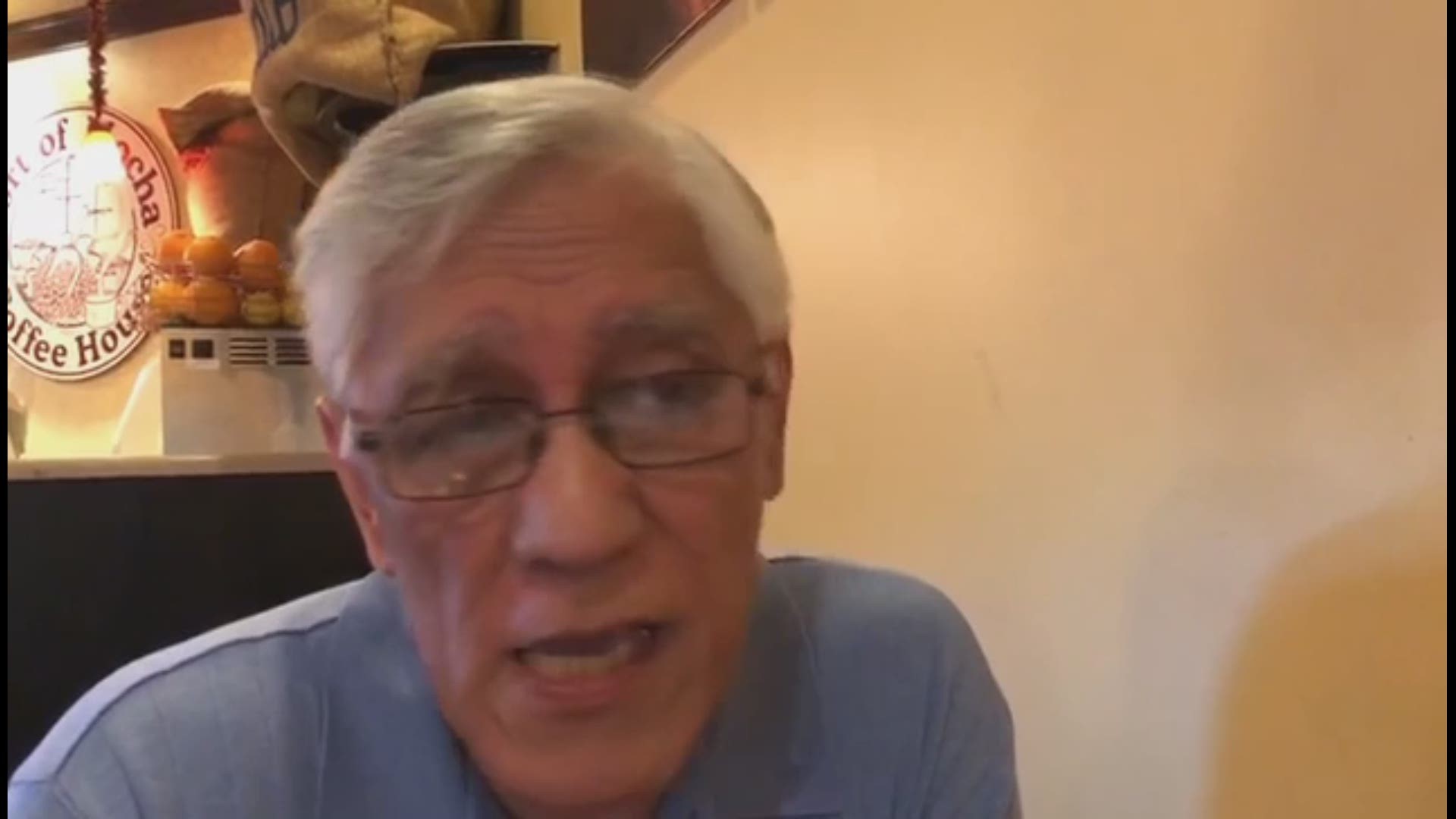 HAGÅTÑA, Guam — Guam's controversial archbishop, removed from office in March and barred from living in the U.S. territory, has appealed a Vatican tribunal's ruling that found him guilty of "certain accusations" involving the sexual abuse of minors, the Archdiocese of Agaña said Thursday.

During the last week of April, Rome notified new Archbishop Michael Byrnes, tapped to replace Anthony S. Apuron on March 16, about Apuron's appeal, according to Tony Diaz, director of communications for the archdiocese.

Whether an appeal could result in reversal of the verdict "would be up to Rome," Diaz said.

Pope Francis placed Apuron on leave in June 2016 after former altar boys and their families accused the archbishop of sexually abusing children in the 1970s when he was a parish priest in the village of Agat.

The pope appointed Byrnes as coadjutor archbishop in October 2016, with full rights to become the permanent archbishop if Apuron retired, resigned or was removed. Byrnes is seeking further clarification from Rome on details of the appeal, including when a decision will be made and Apuron's specific grounds for his appeal.

"It has been very detrimental to the (Catholic) Church on Guam to have this hanging over our heads for so long. We need final closure," Byrnes said.

An estimated 85% of the island's 165,000 residents are Roman Catholic, according to the CIA World Factbook.

In a March statement, the Vatican said an appeal would suspend Apuron's penalties until a final resolution, so Apuron will continue to have the title of archbishop for now, Diaz said.

"Because an appeal has indeed been filed, ... he would maintain his title as an archbishop, but as before, would not be have the administrative and pastoral authority over our archdiocese," the spokesman said.

The Vatican stripped Apuron of his administrative powers in June 2016 and will not restore them during the appeal.

In June 2016, the pope sent Archbishop Savio Hon Tai Fai to Guam temporarily to oversee the archdiocese until Byrnes was appointed four months later. Within hours of the Vatican's March announcement of a guilty verdict in Apuron's canonical trial, Apuron's civil lawyer issued a statement that Apuron would appeal the ruling.

The archdiocese had not been able to confirm immediately whether the appeal had been filed.

In addition to allegations from the four altar boys and their families, Apuron's nephew said in January 2018 that Apuron raped him when Apuron was an archbishop in the early 1990s. Five civil lawsuits have been filed against Apuron in connection with the alleged rape and sexual abuse.

More than 170 Guam clergy sex abuse lawsuits have been filed in local and federal courts since 2016 against the Archdiocese of Agaña, priests, other clergy and others associated with the Catholic Church. The parties are pursuing mediation to try to settle the cases out of court.