Hawaii volcano: The science behind the eruption of Kilauea

Magma 101: The science behind Kilauea's eruption 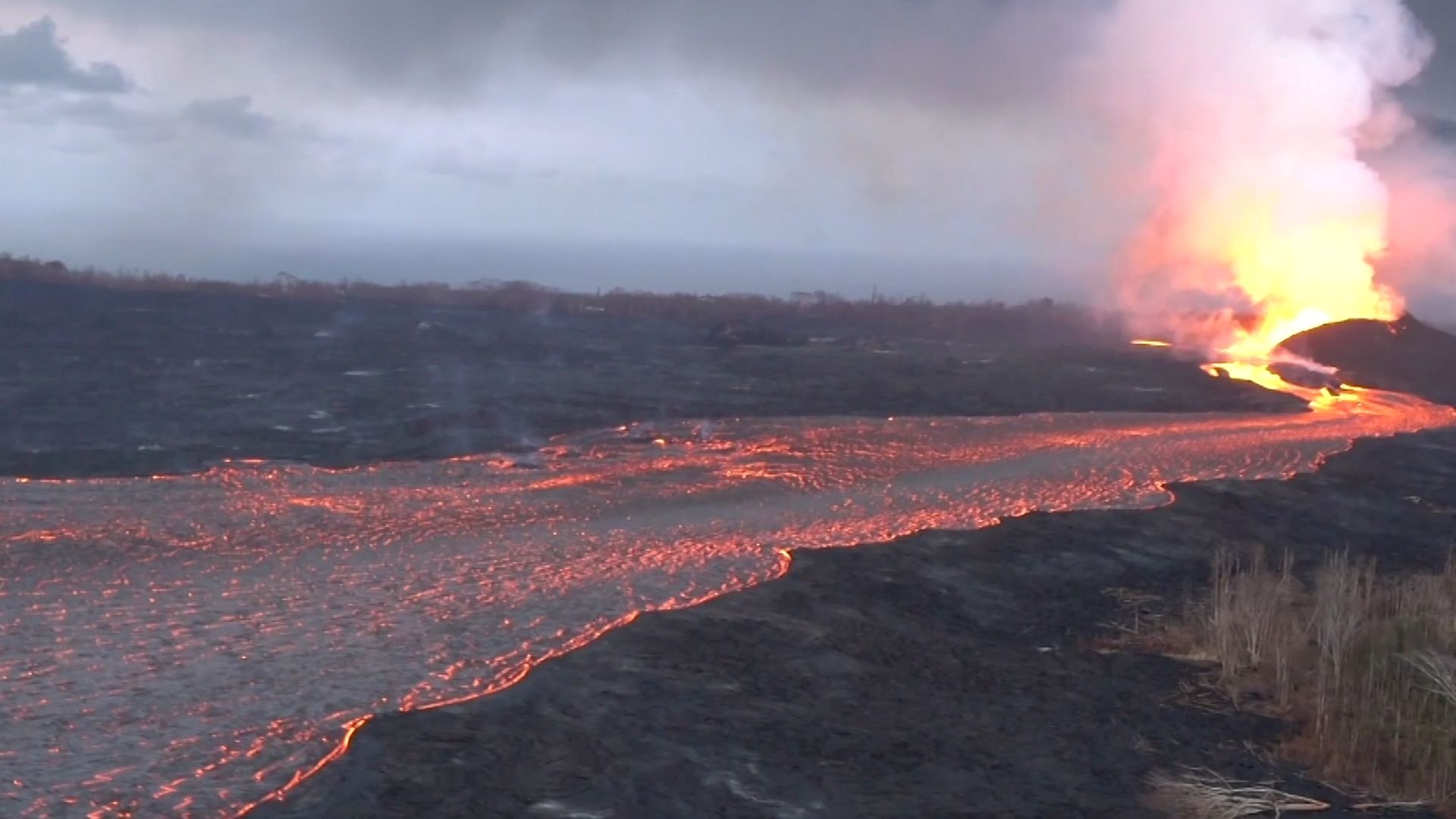 Credit: Trevor Hughes, USA TODAY
Lava flows across a yard in the Leilani Estates neighborhood of Pahoa, Hawaii on May 6, 2018.

A treacherous lava flow erupting from the Kilauea volcano on Hawaii's Big Island destroyed more than two dozen homes, forced about 1,700 people to flee and upended a picturesque and peaceful community.

How unusual is this? The fact that Kilauea is blowing its top shouldn't be a surprise: Kilauea, in the southeastern part of the Big Island, is one of the most active volcanoes in the world — and it has been erupting on and off for hundreds of thousands of years.

Kilauea has been erupting continuously since 1983 with only occasional pauses of quiet activity. This particular episode  began late Thursday afternoon in Leilani Estates, a subdivision near the quaint town of Pahoa and 30 minutes south of Hilo.

More: On Hawaii's Big Island: Near Volcano Kilauea, life 'normal for none of us'; elsewhere, business as usual

Why is it erupting now? "We don't know enough details about the internal plumbing to be able to give really precise answers to this question," said Tracy Gregg, an associate professor of geology at the University at Buffalo. "The short answer is that a blob of new magma from deep below the volcano got injected up into the volcanic edifice.

"That, combined with the general instability of Kilauea volcano in general, has allowed the magma to erupt near Leilani Estates," she said. The southeast flank of the volcano is unstable and will fall into the ocean someday, and as it slowly tears away from the rest of the volcano, it leaves an easy subterranean pathway for the magma to travel.

How long will the episode last?  “There’s more magma (underground lava) in the system to be erupted. As long as that supply is there, the eruption will continue,” U.S. Geological Survey volcanologist Wendy Stovall said.

In short: This eruption could be nearly finished or could go on for a long time.

1 / 11
Marco Garcia, AP
A woman tries to talk to a national guardsmen to gain entry to the Leilani Estates, Friday, in Pahoa, Hawaii. A mandatory evacuation forced many residents to flee their homes due to a nearby lava eruption.

What are the dangers? At temperatures of more than 2,000 degrees, lava is one of the primary hazards of volcanoes.

As lava oozes down steep slopes, it often breaks apart into a billowing avalanche of hot rock and gas called a pyroclastic flow. Pyroclastic flows destroy anything in their path. In 1902, a pyroclastic flow from Mount Pelée on Martinique killed 30,000 people in the nearby town of St. Pierre in two minutes.

Lava flows have damaged areas around Kilauea for decades. Flows destroyed a visitor center at Kilauea in 1989 and overran the village of Kalapana on the volcano's southeast flank in 1991, the U.S. Geological Survey said.

Who is at risk from the gases? Kilauea produces sulfuric dioxide. If there's a lot of sulfur blown consistently in the same direction, it can kill plants and cause respiratory failure in people — as well as etch eyeglasses or car windows, Gregg said. As is typical in Hawaii, winds have blown primarily from the east during the eruption, spreading the foul air as far as 60 miles across the southern part of the island.

Kilauea is a shield volcano. What does that mean? A  shield volcano is one that is broad and domed with sloping sides made up of runny, gas-poor lava that doesn't explode.

That's in contrast to volcanoes such as Mount St. Helens, which are made up of thick, sticky, gas-rich lava that explodes, making ash.

Is this the world's longest-erupting volcano? No. There are submarine volcanoes along Earth's mid-ocean ridges that have been erupting longer. Each of the Hawaiian volcanoes tends to be active for about a million years or so before going extinct.

More: Hawaii volcano has community under siege from lava flow: Here's what we know

Is Hawaii accustomed to volcanic eruptions? Because they were formed by volcanic activity, the Hawaiian islands are no stranger to eruptions. Mauna Loa and Mauna Kea are two other huge volcanoes on the Big Island. On Maui, the volcano Haleakala makes up 75% of the island.

The deadliest Hawaiian eruption in recent history was in 1790 when 400 people were killed during an eruption of Kilauea. One of the more spectacular recent ones was in 1983, when Mauna Loa erupted, spewing lava hundreds of feet in the air.

How common are volcanoes? The USA and its territories contain 169 geologically active volcanoes, of which 54 are a very high or high threat to public safety, the U.S. Geological Survey said.

There are about 1,500 potentially active volcanoes worldwide, not including volcanoes on the ocean floor.

Credit: MARCO GARCIA/AP
Laura Dawn is seen in her truck loaded with her possessions as she and her husband flee the lava eruption, May 6, 2018, near Pahoa, Hawaii. Their property is just below the active lava eruption and they fear their land will get covered in lava. They are moving further upcoast to a safer area.