A look at who has come to Roseanne's defense 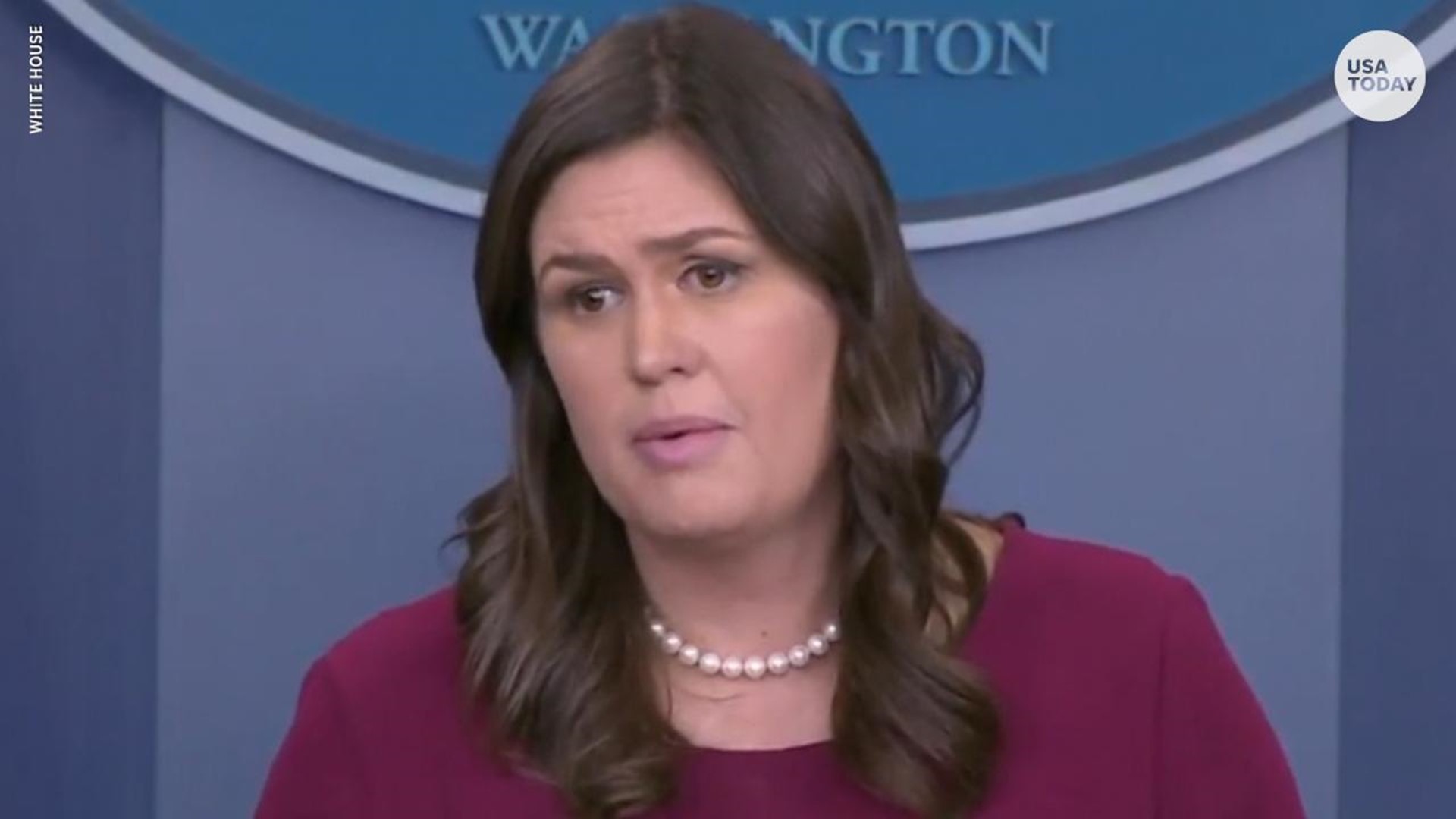 Roseanne Barr's racist tweet about Obama administration official Valerie Jarrett cost her an ABC show and the support of most of her fellow Trump supporters in the media.

But not everyone turned their back on the beleaguered comedian after her self-inflicted public relations nightmare (although Barr blames sleeping pills). Several conservative figures stepped forward to defend Barr after she was fired, decrying a hypocritical Hollywood culture and censorship in the name of an overzealous political correctness.

When the news broke that the Roseanne reboot had been canceled, Republican strategist Noelle Nikpour said on the Fox News show Outnumbered Overtime, "We live in a politically correct world right now."

"It's not about political correctness, it's racism," responded Fox News' Jessica Tarlov.

Nikpour said that Barr's tweet was "ugly" and "not nice" but she said, "let's just leave it at that" and resisted Tarlov's cry to label the tweet racist.

More: What happens to 'Roseanne'? Racist tweet likely Barrs revival elsewhere, even without her

"I don’t understand it to be anything other than free speech," said host Harris Faulkner. "It is extremely offensive but it is just that. And she says in one of her tweets — there were three rapid-fire today — 'It was a joke. It was a miscalculated joke.'"

"She is a comedian," Nikpour agreed. "She does have a very wicked, twisted sense of humor. Everybody knows her to be a little raunchy and a little rough."

2012 Republican presidential candidate Herman Cain said ABC had "been looking for a reason to cancel Roseanne."

"Even though the show was a ratings success, I believe that forces within ABC didn't like the fact that her conservative defense of certain things was so popular and getting such ratings," Cain told Fox Business Network Trish Regan.

"The irony of Disney canning Roseanne while continuing to employ some of the industries biggest racist and race baiting frauds like Jemele Hill, Bomani Jones, Steve A Smith is not lost on most," tweeted former major league pitcher Curt Schilling. "Oh and at the same time hiring a scum of a human in Keith Olbermann."

The irony of Disney canning Roseanne while continuing to employ some of the industries biggest racist and race baiting frauds like Jemele Hill, Bomani Jones, Steve A Smith is not lost on most. Oh and at the same time hiring a scum of a human in Keith Olbermann.

Rocker Ted Nugent, who has sparked outrage with his own controversial comments on multiple occasions, tweeted, "So Roseanne referencing a movie title is racist. Lying dishonest soulless freaks from Planet of the Apes."

More: Why Roseanne supporters forgive her tweet and compare her to Bill Maher

So Roseanne referencing a movie title is racist. Lying dishonest soulless freaks from Planet of the Apes

Former White House spokesman Anthony Scaramucci said, "When I was called a human pinkie ring and a goombah while in the @Whitehouse that was deemed acceptable comedy. Double standard. We better stop the macro punishments for micro aggressions soon. She made a joke in poor taste move on."

Brian this isn’t how racism ends. Curbing the foul mouths of comedians isn’t the answer to our societal ills. Spending more time together and having real conversations is way better than political correctness. It just hides it. Sorry! https://t.co/mxa5SGmBFF

"It’s time for you to strike back against these THOUGHT POLICE and really shake them up!" Right-wing conspiracy peddler and Sandy Hook denier Alex Jones told Barr. "You’ve been on the show before and it’s time for you to come back on!"

Jack Posobiec, who is described by Wikipedia as "an American alt-right Internet troll and conspiracy theorist," pointed to what he sees as a double standard in the "mainstream media."

"I'm a black man and I stand with @therealroseanne!" tweeted conservative commentator Oliver McGee. "Yes, she made a horrible joke and she apologized. I see comedians, actors, etc make the same jokes and get applauded for it. This is outrageous."

"Keep your chip up my friend," McGee told Barr. He also called for a boycott of ABC.

What I find fascinating is that WHITE social justice warriors are the ones freaking out the most about @therealroseanne’s comments.

White SJW’s are quick to defend black Americans because they don’t think Blacks are capable of defending themselves.

There is a BLACK character in the movie #BlackPanther named ‘Man-Ape.’ Man-Ape is the leader of the Gorilla tribe. The gorilla tribe is played by all BLACKS.

Every liberal that is calling for @therealroseanne’s head LOVED & RAVED about Black Panther.

"Roseanne made some racist comments, apologized for it and her show was taken off the air. Joy Behar, Joy Reid and Jimmy Kimmel make racist comments, constantly attack this administration for their beliefs in god and yet they still have a platform with no recourse. LIBERAL BIAS!" said Students for Trump Chairman Ryan Fournier.

The 30+ million viewers who watched Roseanne should boycott the network. Hit them where it hurts. We aren’t going to accept the liberal bias while this network still employs people who have personally attacked our President and this administration. #BoycottABC

"Can you imagine having your whole day (or week if you're a Liberal) ruined because someone insulted you," tweeted radio host Bill Mitchell. "Man, that has to be an awful existence. Living as a snowflake on a planet with a sun."

I'm not sure how saying someone looks like a child of "Muslim Brotherhood and Planet of the Apes" is racist.

I thought "Muslim Brotherhood" was supposed to be a "good" thing and Liberals say we are descended from apes?

What am I missing here?

Daily Wire contributor Michael Knowles said while Barr's tweet was in poor taste, "the popular furor to fire her is mostly performed and motivated by the Left’s hysterical contempt for anyone even vaguely supportive of President Trump."

Two things can be true at once:

1. Roseanne’s joke was in poor taste, mean, and unfunny. (Hence her apology.)

2. The popular furor to fire her is mostly performed and motivated by the Left’s hysterical contempt for anyone even vaguely supportive of President Trump.

Although President Trump didn't explicitly come to Barr's defense, he did imply ABC was guilty of hypocrisy. Bob Iger, the CEO of ABC's parent company Disney, called Jarrett to apologize for Barr's tweet, but Trump said Iger never called him to apologize for all the "HORRIBLE statements" made about him by the network.

To all the Trump supporters outraged over the ABC/Roseanne double standard, I get it. Here’s the thing, we know we can’t get away with what the Left can. We have to be better. We have to rise to the occasion & act right. Our words are more powerful when we can stand behind them.

"To all the Trump supporters outraged over the ABC/Roseanne double standard, I get it," Lahren tweeted. "Here’s the thing, we know we can’t get away with what the Left can. We have to be better."

All the support on Twitter seems to have given Barr second thoughts about quietly accepting her show's cancelation.

"You guys make me feel like fighting back," she tweeted. "I will examine all of my options carefully and get back to U."

you guys make me feel like fighting back. I will examine all of my options carefully and get back to U.

Roseanne Barr through the years