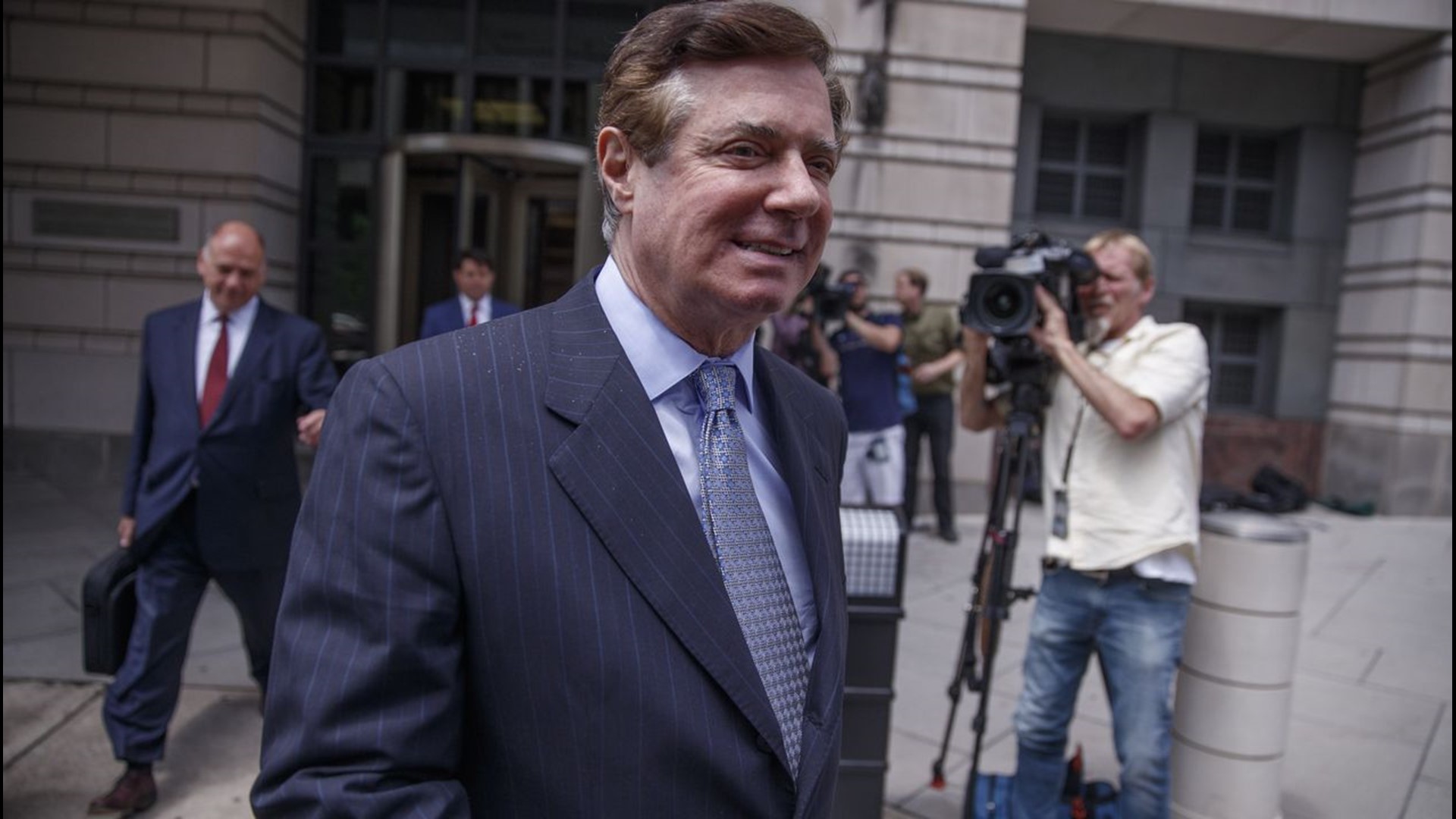 A stark assessment was offered this year by U.S. District Judge T.S. Ellis III, who declared that the Republican political operative faced the prospect of life in prison if convicted on the barrage of bank fraud and tax evasion charges leveled against him.

Jury selection in Manafort’s criminal trial begins Tuesday in a case that is the first public test for a team of federal prosecutors assembled more than 14 months ago by Justice Department special counsel Robert Mueller.

Mueller’s investigation into Russia’s interference in the 2016 election and whether there was collusion between Donald Trump’s presidential campaign and the Kremlin has been repeatedly  derided by the president as a “witch-hunt.”

Last week, prosecutors said they do not intend to offer evidence related to Russia's election interference effort. They suggested that references to Manafort's association with the Trump campaign would be limited.

The government's pronouncements have done little to dispel the looming shadow of the president, whose active Twitter account has offered real-time commentary on the prosecution's case as it moves toward trial.

Trump is the reason the bank of television cameras stands at the ready in the plaza across from the Albert V. Bryan Courthouse. Whatever fate – or a jury – confers on Manafort, it will no doubt have meaning for Trump, who has long sought to undermine the legitimacy of Mueller's inquiry.

"This case is incredibly important to the integrity of the special counsel's investigation going forward," said Jimmy Gurule, a University of Notre Dame law professor and former federal prosecutor. "The focus of the Manafort trial may not be about Trump or whether the president sought to obstruct Mueller's Russia investigation, but it speaks to the overall credibility of the Russia investigation. If Manafort somehow gets acquitted, you can pretty much expect the president's tweet to say, 'See, I told you so.' "

Mueller's team has assembled a formidable case – 18 criminal counts in all. But  Bruce Udolf, a former federal prosecutor who served as an associate independent counsel during the Whitewater investigation, said the risk for Mueller has grown to match the high profile of the target.

1 / 22
Michael Reynolds, European Pressphoto Agency
Mueller leaves after briefing members of the Senate Judiciary Committee on the investigation into Russia's interference in the 2016 presidential election on Capitol Hill on June 21, 2017.

"Prosecutors have an expression: 'If you aim to shoot a king, you better hit him between the eyes,' " Udolf said. "If (prosecutors) do that, they go far to making believers out of others, including those who may have been sitting on the fence on Mueller."

Mueller's deniers and doubters include not only the president, but also a loyal group of conservative lawmakers who have pressed the Justice Department in recent months to turn over sensitive documents about the Russia inquiry. Last week, members of the House Freedom Caucus escalated their battle, filing articles of impeachment against Deputy Attorney General Rod Rosenstein, who oversees Mueller's inquiry.

And those attacks appear to be taking a toll.

Recent public opinion polls reflect a slow erosion of support for Mueller's effort. Last month, a CNN poll showed that the special counsel's approval rating had dipped from 48 percent in March to 41 percent in June.

Mueller, however, has never shown much regard for public approval. Rather, he has preferred to speak through a tsunami of charging documents. And in the case against Manafort, investigators have sought to offer up a portrait of head-spinning extravagance supported by massive financial fraud, with some of it extending as far back as 2008 and continuing through 2017.

More: Mueller seeks immunity, secrecy for up to 5 witnesses

Prosecutors asserted that Manafort funneled tens of millions of dollars in income for work on behalf of Ukrainian President Viktor Yanukovych's pro-Russia regime into foreign bank accounts, which were concealed from U.S. tax authorities.

Manafort was allegedly paid by friendly Ukrainian oligarchs who routed money to Manafort-controlled bank accounts, many of them located in Cyprus. Prosecutors assert that Manafort "used his hidden overseas wealth to enjoy a lavish lifestyle in the United States" that included multiple residences, luxury cars, fine oriental rugs and racks of tailored clothing.

About $75 million allegedly passed through the offshore bank accounts.

Prosecutors also have claimed Manafort helped to obtain more than $20 million in loans by lying about business income and debt.

Although charges do not refer to Manafort's work on the Trump campaign, the fraud allegedly occurred while Manafort served as campaign chairman and after he left the campaign, following the 2016 Republican National Convention.

1 / 14
Alex Brandon, AP
Paul Manafort makes his way through television cameras as he walks from Federal District Court in Washington, on Oct. 30, 2017. Manafort, President Donald Trump's former campaign chairman, and Manafort's business associate Rick Gates have pleaded not guilty to felony charges of conspiracy against the United States and other counts.

Manafort has steadfastly denied any wrongdoing, and his lawyers have contended that Mueller's team ranged far beyond its central mission to examine Russian interference by bringing charges against the 69-year-old defendant.

The defense team, led by attorney Kevin Downing, once characterized Mueller's authority as "tantamount to a blank check."

"And it is one the special counsel has cashed repeatedly," the defense asserted in court documents earlier this year. "The ... indictment does not focus in the slightest on alleged coordination between the Russian government and the Trump campaign. It focuses instead on Mr. Manafort’s consulting work in Ukraine, which ended in 2014, years before the Trump campaign even launched." 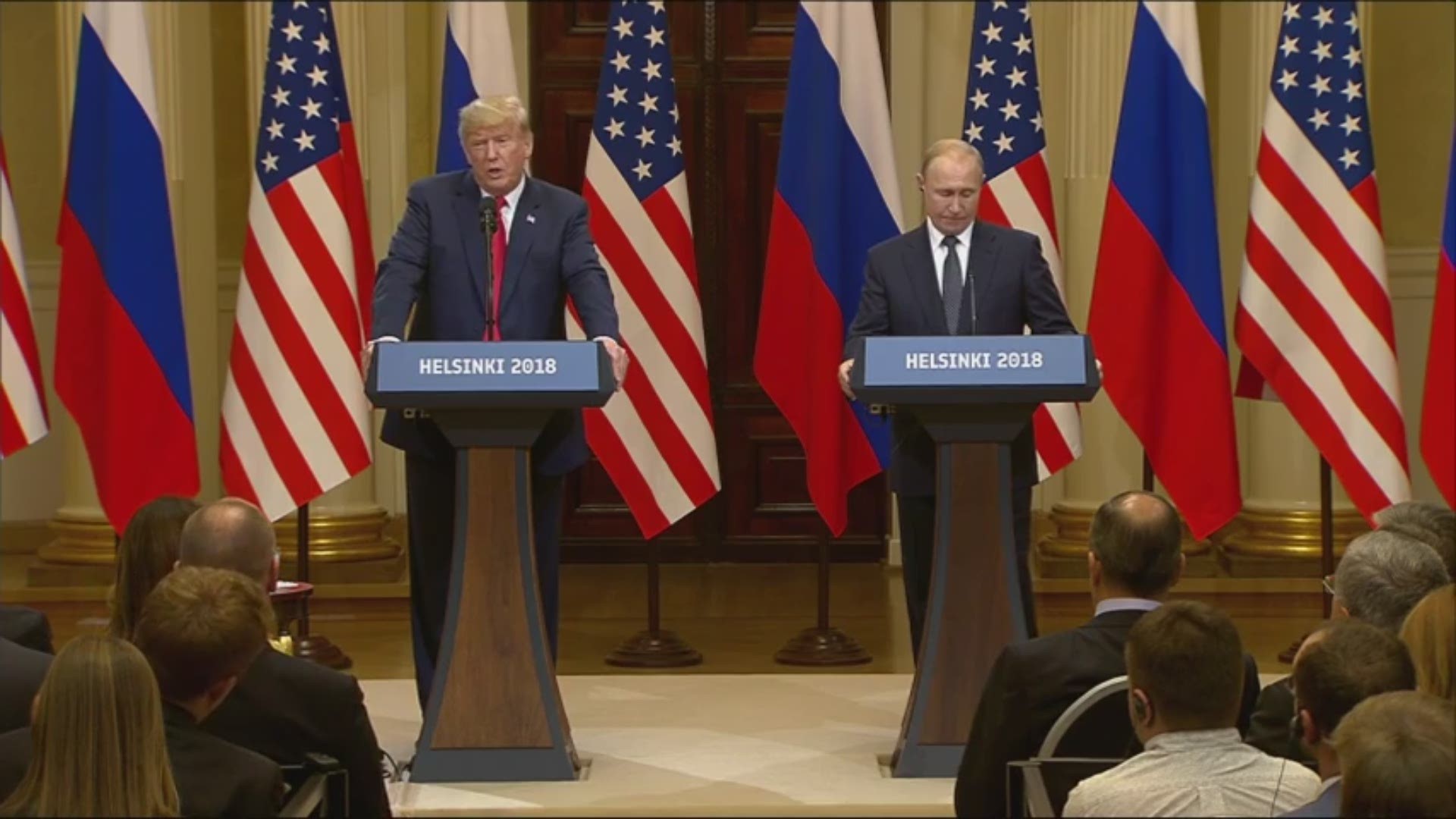 Even Ellis, the judge presiding over case, first appeared to sympathize with Manafort's argument.

"I don't see what relationship this indictment has with anything the special counsel is authorized to investigate," Ellis said during a May hearing. "It's unlikely you're going to persuade me the special counsel has unfettered power to do whatever he wants."

Ellis, a 1987 Ronald Reagan appointee, ultimately ruled in favor of prosecutors even while expressing lingering skepticism about the scope of the case.

"Although the case will continue, those involved should be sensitive to the danger unleashed when political disagreements are transformed into partisan prosecutions," Ellis wrote in June.

Legal analysts said that while prosecutors are likely to heed the judge's concern and steer clear of politics, the trial will likely feature more than just a document-driven recitation, cataloging exotic offshore bank accounts and suspect tax returns.

Among the 35 witnesses who are slated to appear in Ellis' ninth-floor courtroom is Manafort's own business partner and former Trump campaign deputy Rick Gates.

Gates, who was initially indicted along with Manafort, struck a deal with prosecutors earlier this year in which he agreed to cooperate with investigators. As part of the agreement, Gates pleaded guilty to conspiring with Manafort to hide their Ukranian earnings. He also acknowledged lying to FBI agents about what transpired at a 2013 meeting between Manafort and an unidentified member of Congress.

It is unclear when Gates may testify, but his appearance has been anticipated since he broke with Manafort in February and began cooperating with prosecutors.

"A risk in a case like this is that you overwhelm the jury with documents and information," said David Kris, a former chief of the Justice Department's National Security Division. "They will need Gates and others to breathe life into those papers. If you can't do that, you have much less chance of success."

For Manafort's team, Gates looms as a likely target whose personal credibility and testimony will no doubt be put to the test.

"Defense attorneys have a harder job; they have to convince the jury that Manafort was wrong – but only when he placed his trust in Gates as a business partner," said Patrick Cotter, a former federal prosecutor.

In the end, Kris said prosecutors are best served by treating the case for what it is at its core: a "straight-up tax and financial fraud."

It is a trial seemingly tailor-made for Mueller deputy Greg Andres, a former chief of Justice's Criminal Division in Brooklyn, where he was credited with busting the Bonanno crime family.

But Kris also acknowledges that the Manafort case represents something more.

"While it is, of course, the first contested trial to come from Mueller's investigation, it also will surely be a reflection of the strength of evidence that is being brought to bear" in the broader inquiry into possible coordination between the Trump campaign and Russia.