Police: Kentucky shooter confessed and led us to the gun

Police: Kentucky shooter confessed and led us to the gun 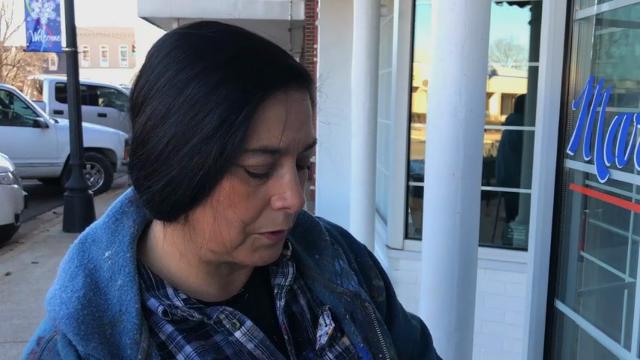 The 15-year-old defendant in the January shooting at a Kentucky high school confessed and led authorities to the gun, according to newly released court documents.

Gabe Parker, a student at Marshall County High School in Benton, Kentucky, is accused of killing two 15-year-old classmates and wounding 14 others with gunfire on Jan. 23. He was arrested and is facing two counts of murder and 14 counts of assault.

An affidavit requesting a search warrant from Kentucky State Police detective David Dick details some pieces of the investigation, including that Parker was recorded on video carrying out the shooting.

Read more: Australia hasn't had a fatal mass shooting since 1996. Here's what it did

The warrant states that Parker confessed, but does not provide any specific details. It also does not detail where the gun was found.

Parker has pleaded not guilty to the charges, records show. The records indicate he is being held at McCracken County Juvenile Detention Center.

Students Bailey Nicole Holt and Preston Ryan Cope, both 15, were killed in the Jan. 23 shooting. Twenty-one others were injured, including 14 who were shot.

Kentucky State Police, which is leading the investigation, has not offered many public details about the case, and declined to provide any details following the arraignment last month.

Parker's bond was set at $1.5 million. Video of a Feb. 16 arraignment shows Parker for the first time. The video was released Thursday.

Read more: Do gun control debates change anything? In these countries they did

Read more: Australia to U.S., after Las Vegas shooting: Here's how to get tough on gun control

In the video, Parker sat stone-faced as his lawyer argued he may not be mentally fit.

Sporting a buzz cut and an unbuttoned dress shirt, Parker kept his arms flat on the table and hands clasped as a circuit court judge entered a not guilty plea on his behalf.

Fidgeting occasionally, Parker broke his pose only to talk privately with his defense attorney and to answer when he was read his rights.

"If I could get you to speak out loud, please," asked Judge Jamie Jameson.

"Yes, your honor," Parker answered back with a surprisingly booming tone.

Parker was escorted away by an officer after the hearing ended about 20 minutes later.

Parker's parents sat behind the defense table during the arraignment at the Marshall County Judicial Center. They were across the aisle from the families of some of the victims, including Preston's parents, Teresa and Brian.