Sen. Bob Corker says the GOP is becoming 'cult-like' in its support of President Trump 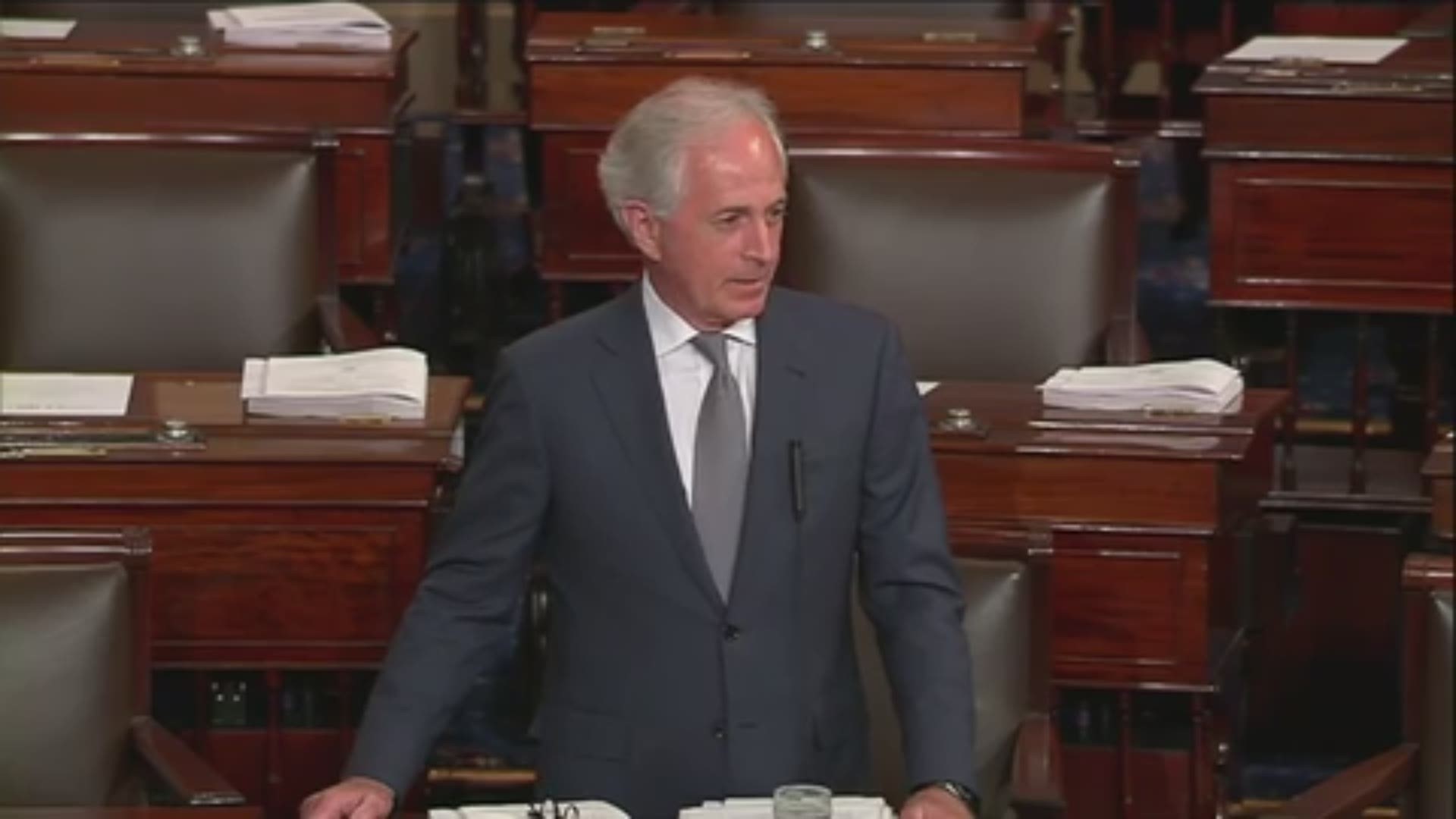 WASHINGTON – Sen. Bob Corker lashed out again Wednesday at his fellow Republicans, saying the GOP has become almost like a cult in its support of President Donald Trump.

“We are in a strange place,” the Tennessee Republican and chairman of the Senate Foreign Relations Committee told reporters in Washington.

“It’s almost, it’s becoming a cultish thing, isn’t it? It’s not a good place for any party to end up with a cult-like situation as it relates to a president that happens to be of, purportedly, of the same party.”

Corker, who is retiring from the Senate when his current term ends next January, tempered his remarks a bit by saying it’s not fair to make that criticism of every member of his party because some GOP lawmakers are willing to stand up to Trump.

But, "is leadership in general not wishing to poke the bear?" he asked. "Absolutely because it's all about the next election, right?"

The senator’s comments come one day after he blasted Senate Republicans for refusing to give a vote on bipartisan legislation that he is sponsoring to give Congress the chance to accept or reject tariffs imposed by the president.

His voice occasionally rising, Corker said Tuesday in a fiery speech on the Senate floor that Republicans are afraid to give his amendment a vote because they fear angering Trump.

“I can’t believe it!” he said. “I would bet that 95 percent of the people on this (Republican) side of the aisle support intellectually this amendment – I would bet higher than 95 percent – and a lot of them would vote for it if it came to a vote.”

“But no, no, no!” Corker continued. “Gosh, ‘we might poke the bear’ is the language I’ve been hearing in the hallways …. ‘The president might get upset with us as United States senators if we vote on the Corker amendment, so we’re going to do everything we can to block it.’”

Corker and the other sponsors offered the amendment in response to Trump’s recent decision to impose steel and aluminum tariffs on U.S. allies, a move that analysts said pushed the United States closer to a trade war. Trump imposed the tariffs by arguing they are needed for national security.