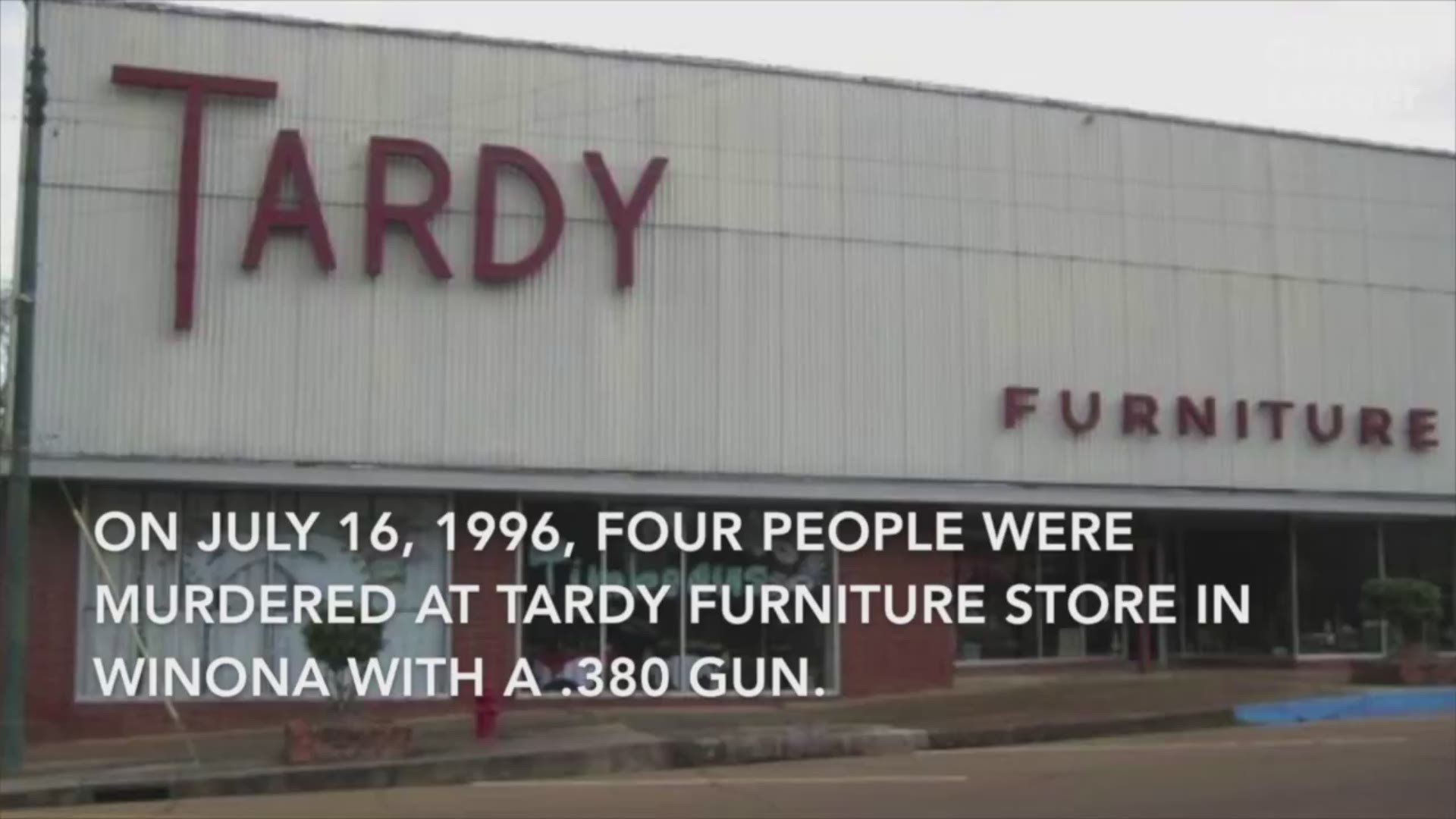 The U.S. Supreme Court is going to hear whether Mississippi's high court erred in its review of jury makeup in Curtis Flowers’ latest trial.

Under the 1986 case, Batson v. Kentucky, prosecutors are barred from dismissing potential jurors on racial grounds. When defense lawyers raise a Batson objection, prosecutors are required to state aloud their reasons for those peremptory strikes.

Curtis Flowers is on Mississippi's death row for a 1996 quadruple murder at Tardy Furniture in Winona.

He has been convicted of the murders after six trials, but his lawyers, APM Reports' "In the Dark" podcast, the Starz TV program "The Wrong Man" and others have raised questions about his guilt.

The July 16, 1996, killings of Tardy Furniture owner Bertha Tardy, 59, and three employees, Carmen Rigby, 45, Robert Golden, 42, and Derrick Stewart, 16, have haunted this town ever since.

Although authorities quickly settled on Flowers as their main suspect, he wasn't arrested until seven months later. He has been behind bars ever since.

An APM Reports investigation of the Flowers case concluded that the racial makeup of the juries was a powerful predictor of whether Flowers would be found guilty. The two times Flowers was judged by a jury with more than one African-American, the juries deadlocked. In the four trials in which he faced an all-white jury or one with 11 whites, he was convicted.

The analysis is among a number of revelations by APM Reports journalists investigating the 22-year-old case. Previous stories have reported that there’s no direct evidence against Flowers and no reliable evidence placing him near the scene or linking him to the murder weapon that has never been found. Moreover, all three jailhouse informants who testified against Flowers have recanted, one directly to a reporter.

In the six trials, District Attorney Doug Evans used the overwhelming majority of his strikes in jury selection against black potential jurors. Judges twice found that he’d intentionally struck black jurors because of their race, which is unconstitutional.

Evans hasn’t responded to requests for comment about the jury analysis from either the Clarion Ledger or APM Reports. But he recently told the Greenwood Commonwealth, “I think these folks are just coming up with anything they can to discredit the case. … I’ve had many trials where no black jurors were struck.”

“I wish I could remember what some black woman said on the stand, but I was really kind of surprised when she was on the stand and said that as far as she was concerned, he was guilty,” said Gay Evaldi, a white juror from the third trial. “But there were a lot of blacks that said what they saw, and it kind of helped tell you that he was guilty.”

Jury selection happens in two stages. First, the judge removes from the jury pool anyone who clearly can’t evaluate the case fairly. Then prosecutors and defense attorneys take turns striking potential jurors. In capital trials in Mississippi, each side has 12 strikes. Attorneys can strike a juror for nearly any reason except that person’s race or gender.

In Flowers’ second trial, in March 1999, Judge Clarence Morgan found that Evans had struck a black juror because of race. This is known as a Batson violation, named for the Supreme Court ruling that banned the use of race in jury selection. Morgan overruled Evans’ strike, and the man was the only African-American seated on the jury.

In the third trial, in February 2004, Evans used all his strikes against black potential jurors. The jury, of 11 whites and one African-American, found Flowers guilty. But the Mississippi Supreme Court overturned the conviction because it ruled that Evans had intentionally struck African-Americans from the jury. The justices wrote that it was “as strong a prima facie case of racial discrimination as we have ever seen in the context of a Batson challenge."

After two mistrials, Ray Charles Carter of Jackson, Flowers' attorney, went into the sixth trial knowing the only direct evidence of Flowers’ guilt was the testimony of Odell Hallmon, a prison inmate who claimed Flowers confessed to the murders.

Carter didn’t think Hallmon, who has a long criminal record dating to the late 1980s, was believable. (In fact, Hallmon recently recanted his testimony in an interview with APM Reports.)

In the early stages of jury selection for that sixth trial, Evans and his assistant prosecutors accepted one African-American. They then struck six people from the jury, five of them black. This resembled Evans’ history of picking juries. APM Reports analyzed the jury selection in 225 trials in which full data was available from 1992 through 2017. In that time, Evans’ office struck 50 percent of the eligible black jurors and 11 percent of white jurors.

“I don’t know where that figure comes from,” Evans told the Greenwood Commonwealth. “I haven’t listened to (the podcast), and I don’t intend to because I know what this is about.”

After he saw the panel with 11 white jurors on it — in a county that’s 45 percent black — Carter said he feared the sixth trial had already been decided. “After we picked the jurors, I was convinced that it was an uphill battle. And as time passed, I became more convinced that I didn’t have a chance.