After Brazil museum fire, debate over how, or if, to rebuild

The prospect of a new museum rising from the ashes has sparked a debate about whether the institution can, or even should, be reconstructed. 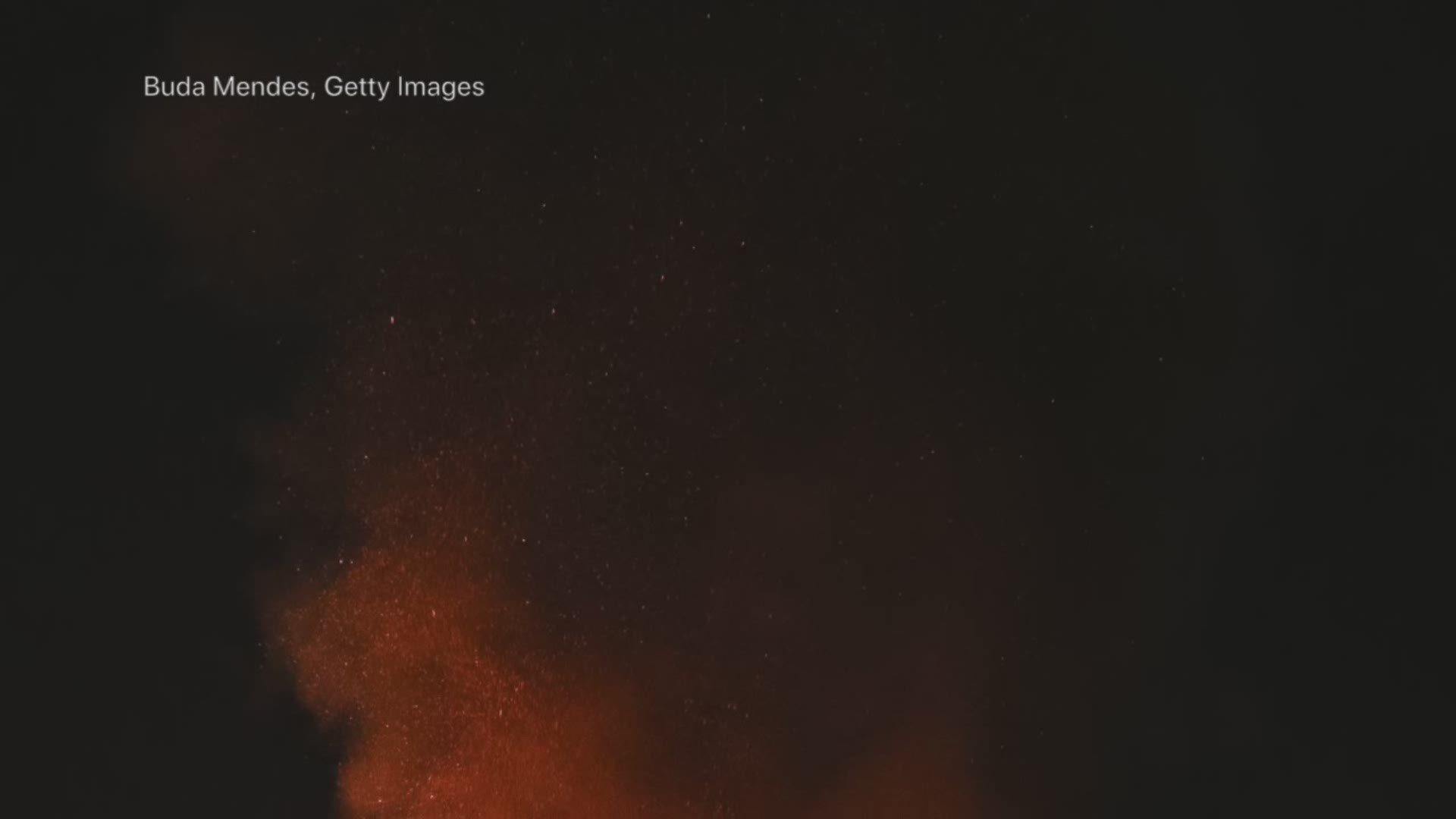 SAO PAOLO (AP) — Ever since a fire gutted Brazil's 200-year-old National Museum in Rio de Janeiro, the question has been: Could what was destroyed be restored?

A flicker of hope emerged last week when an emergency mission from the U.N. cultural agency held out the possibility that some objects had survived the Sept. 2 blaze and outlined a plan to rebuild the museum and its collection by repairing damaged pieces, soliciting donations and even creating replicas of lost artifacts using 3D technology.

But the prospect of a new museum rising from the ashes has sparked a debate about whether the institution can, or even should, be reconstructed. International experts warn there are limits to any such effort, emphasizing the inescapable loss of original, irreplaceable objects, while some in Brazil question the rush to rebuild before the wholesale neglect of the museum has been examined.

While it is heartening to see global experts rushing to Brazil's aid, when "I hear people talking with extreme optimism about this issue, I cannot help but think that they don't quite understand what was lost," said Marcus Guidoti, a Brazilian doctoral candidate who used the museum's collection in his research.

In a world where memories are constantly being backed up to the cloud and experts warn that data never truly gets deleted, museums are among the last "bastions of authenticity," said Vincent S. Smith, head of the Diversity & Informatics Division at the Natural History Museum in London.

"There is magic in that authenticity," he said.

The National Museum had authenticity in spades. Its colonial-era building was the backdrop to much of Brazil's history — a onetime royal palace that served as the seat of the united Portuguese and Brazilian empire before the museum's collection was transferred there in 1892. Among the objects feared lost from the 20 million-piece collection: furniture and art belonging to the royal family; recordings of indigenous languages, some of which are no longer spoken; priceless specimens of everything from rare butterflies and other insects to coral; a collection of Egyptian mummies and artifacts considered the largest in Latin America; frescoes from Pompeii and one of the oldest human fossils ever found in the Americas.

Tidbits have slowly emerged about what might have survived: A massive meteorite resisted the flames. Centuries-old Torah scrolls, considered among Judaism's oldest documents, were moved before the fire. A handful of objects were on loan, and some parts of the collection, including the museum's library and plant specimens, were housed outside the colonial-era palace. Firefighters found as yet unidentified bone fragments in a room where skulls were held.

But the fate of the majority of the collection held in the main building remains unclear: Aerial images show little more than a heap of rubble within its walls. So much is feared lost that a presidential candidate called the disaster a "lobotomy of Brazilian history."

As Brazil reeled, the head of UNESCO's mission to Brazil, Cristina Menegazzi, laid out a plan last week: Archaeologists and other experts would sort through the ashes and save and repair anything they can. In cases where pieces are irreparable but similar objects exist elsewhere, the museum will ask for donations or loans. For unique objects that were lost, officials will consider building replicas using photographs or 3D imaging.

Digital scans exist of a few hundred pieces, among them the 11,500-year-old skull known as Luzia, said Jorge Lopes, a specialist in 3D design who had been working with the museum to create a digital archive. The Institute for Digital Archaeology, which has reconstructed lost cultural objects, is offering to build up to five at no charge.

Still, some question the rush to rebuild. In the wake of the fire, museum officials have spoken of how they struggled for years to get the money they needed to repair the decrepit building. One official said smoke detectors were not working at the time of the disaster, and photos have emerged of leaks, cracked walls and exposed wiring.

Many Brazilians saw the blaze as a tragedy foretold and an apt metaphor: Their history up in flames at a time when cuts were being made to educational and cultural institutions and a massive corruption scheme had raided government coffers. There has been much hand-wringing about whether a poor education system or Brazilians' lack of interest in their own history contributed to the neglect.

"We cannot just turn the page and say we are going to rebuild this, and everything is going to be all right," said Guidoti, the doctoral candidate. "If we as a people didn't appreciate the historical importance of that place, we won't appreciate it after the rebuilding."

Eduardo Viveiros de Castro, an anthropologist at the museum, said he believes it should be left in ashes, as a "memorial to the dead, to the dead things, the dead peoples, the dead archives destroyed in this fire."

"I would not try to hide, to erase this event, pretending that nothing happened and trying to put a modern building there, a digital museum, an internet museum," he told the Portuguese daily Publico.

While digital technology holds promise — giving researchers access to far-away collections and enticing more people to walk through museum doors — experts cautioned it will offer only limited comfort in this situation.

A replica "doesn't give you your history back because it's not the real thing," said Taco Dibbits, director general of Amsterdam's Rijksmuseum, which is in the process of making high-resolution photographs of its 1 million-piece collection available for free online.

He noted that while photographs of works that were destroyed during World War II have served researchers fairly well, the public's connection to them has suffered. "After generations, they become shadows," he said.

Scientists, especially, underscored the importance of physical specimens — which the National Museum held in the thousands, and which contain information, like DNA, that cannot be transmitted through images.

Guidoti studies lace bugs, and the National Museum held one of the world's reference collections for those insects, including many "holotypes," the single specimen used as the basis for the original description of a species —considered the crown jewels of any scientific collection.

Their loss is "beyond irreplaceable," he said. "Anything else I want to do, in my entire career, will have impact from the loss."

The debate about how to preserve or rebuild museums is only likely to increase as threats to cultural sites grow, from climate change, tourism and extremists.

In 2016, a replica was unveiled of the Roman-era Arch of Triumph from Palmyra, Syria, that was destroyed by the Islamic State group. The marble reproduction of the 1,800-year-old arch, built by a team at the Institute of Digital Archaeology in Oxford, England, has since gone on tour.

Alexy Karenowska, the institute's director of technology, says some initially worried that the replica was suggesting some sort of equivalence to the original. But soon the new arch began to take on a significance of its own.

"It's not really the atoms and molecules of those old objects that make them important," Karenowska said. "It's people's relationships with them. It's what they've come to symbolize. It's the sort of immortality of the sets of cultural references that they represent."