Banksy artwork that shredded itself sells for record amount at auction

When it was last sold at auction three years ago, a hidden shredder embedded in the frame by Banksy whirred to life. 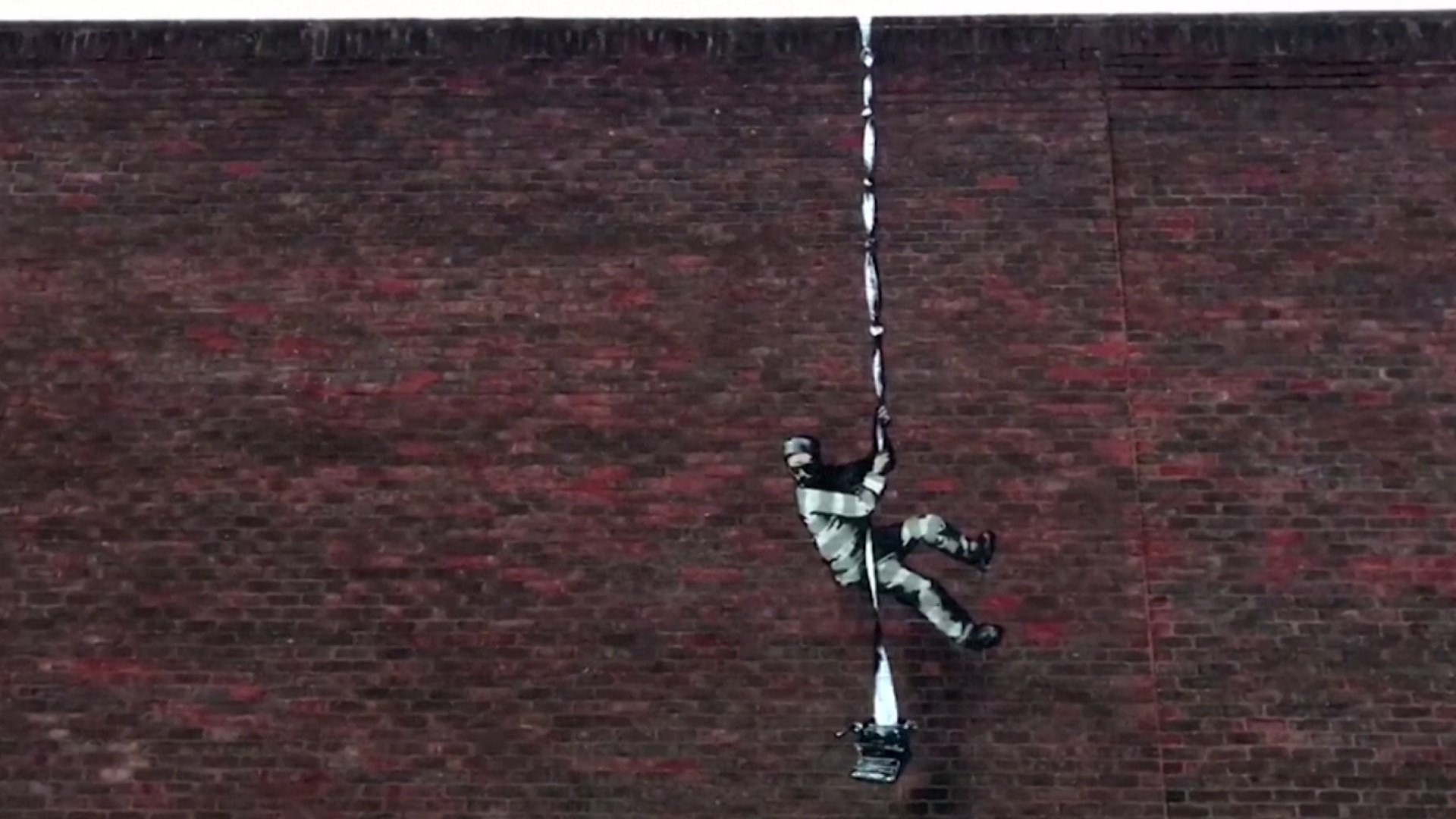 LONDON, UK — A work by British street artist Banksy that sensationally self-shredded just after it sold at auction three years ago fetched 18.5 million pounds ($25.4 million) on Thursday — a record for the artist, and close to 20 times its pre-shredded price.

“Love is in the Bin” was offered by Sotheby’s in London, with a presale estimate of 4 million pounds to 6 million pounds ($5.5 million to $8.2 million).

After a 10-minute bidding war involving nine bidders in the saleroom and more online and by phone, it sold for three times the high estimate.

The piece consists of a half-shredded canvas in an ornate frame bearing a spray-painted image of a girl reaching for a heart-shaped red balloon.

When it last sold at Sotheby’s in October 2018, the piece was known as “Girl With Balloon.” Just as an anonymous European buyer made the winning bid — for 1 million pounds ($1.4 million) — a hidden shredder embedded in the frame by Banksy whirred to life, leaving half the canvas hanging from the frame in strips.

Sotheby’s received some criticism at the time for failing to spot the hidden shredder. But the 2018 buyer decided to go through with the purchase, a decision that was vindicated on Thursday as the work's price soared.

The work quickly became one of Banksy’s most famous, and Sotheby’s sent it on tour to cities including New York and Hong Kong before Thursday’s auction.

Alex Branczik. Sotheby’s chairman of modern and contemporary art, called the shredding “one of the most ingenious moments of performance art this century.”

“It has been a whirlwind to follow the journey of this now legendary piece and to have it back in our midst, offering it tonight in the very room it was created by the artist,” Branczik said. “Banksy is no stranger to making headlines and this latest chapter in his story has captured imaginations across the world — we can only begin to guess what might come next.”

Banksy, who has never confirmed his full identity, began his career spray-painting buildings in Bristol, England, and has become one of the world’s best-known artists. His mischievous and often satirical images include two male police officers kissing, armed riot police with yellow smiley faces and a chimpanzee with a sign bearing the words, “Laugh now, but one day I’ll be in charge.”

Several of his works have sold for multiple millions at auction. In March, a Banksy mural honoring Britain’s health workers, first painted on a hospital wall, sold for 16.8 million pounds ($23.2 million) at a Christie’s auction, until Thursday a record for the artist.

“Girl With Balloon” was originally stenciled on a wall in east London and has been endlessly reproduced, becoming one of Banksy’s best-known images.