Prosecutors are asking a judge to sentence the 'Desperate Housewives' star to 30 days because she had acted out of 'entitlement, or at least moral cluelessness.' 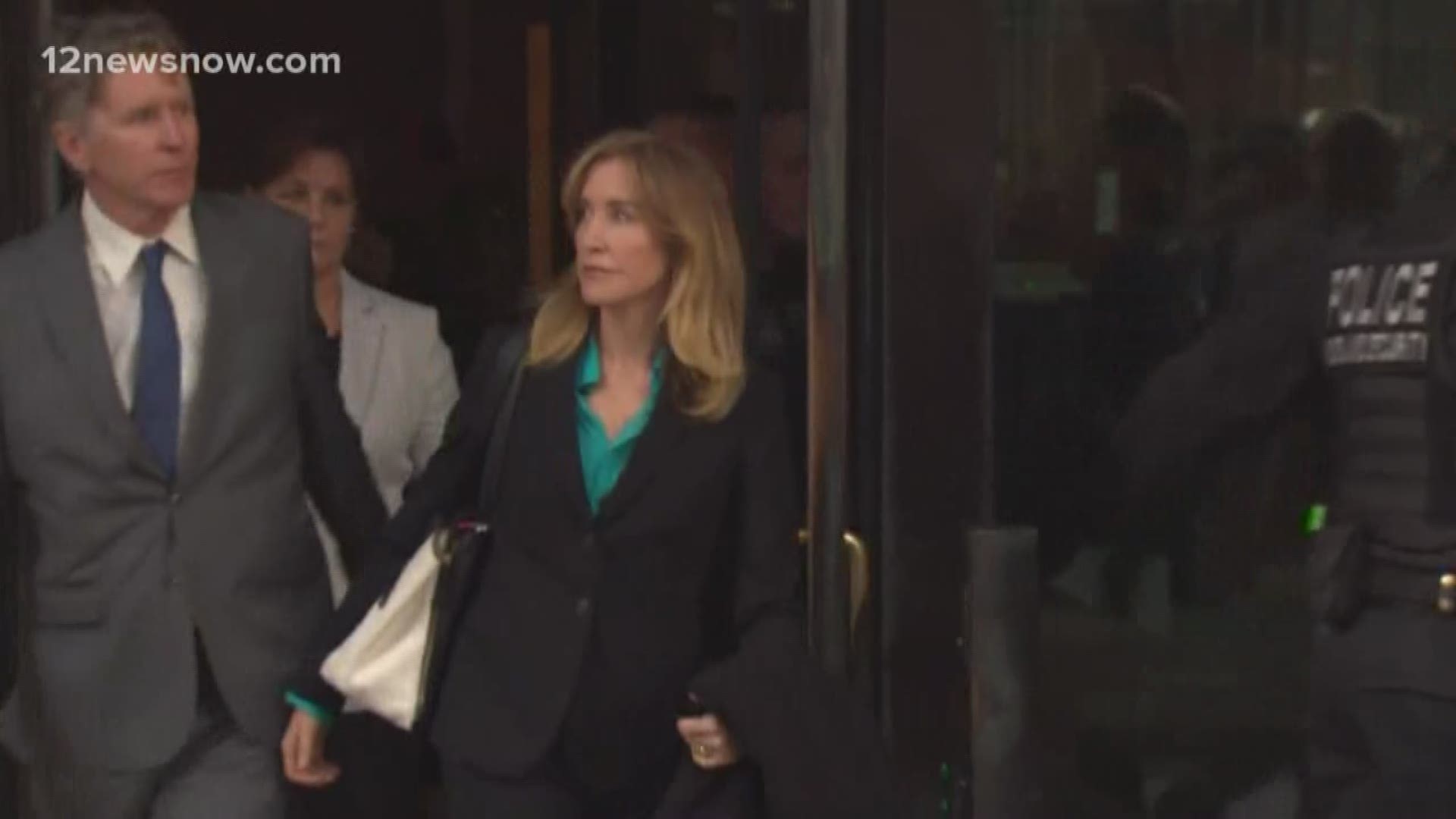 BOSTON — Federal prosecutors are asking a judge to sentence "Desperate Housewives" star Felicity Huffman to a month in jail for her role in the sweeping college admissions bribery scandal.

U.S. Attorney Andrew Lelling's office recommended in filings Friday in Boston federal court that Huffman spend 30 days in jail because she acted "out of a sense of entitlement, or at least moral cluelessness."

Huffman's lawyers argued she should get a year of probation, 250 hours of community service and a $20,000 fine instead.

Huffman pleaded guilty in May to fraud charges for paying an admissions consultant $15,000 to have a proctor correct her daughter's SAT exam answers.

Huffman is scheduled to be sentenced Sept. 13 in Boston federal court.

RELATED: Former IMG Academy director to be sentenced in November

Credit: AP
FILE - In this April 3, 2019 file photo, actress Felicity Huffman arrives at federal court in Boston to face charges in a nationwide college admissions bribery scandal. On Monday, May 13, 2019, Huffman is expected to plead guilty to charges that she took part in the cheating scam. (AP Photo/Charles Krupa, File)