Federal court rules the decision to divert military appropriations to construct the wall on the U.S.-Mexico border was unconstitutional. 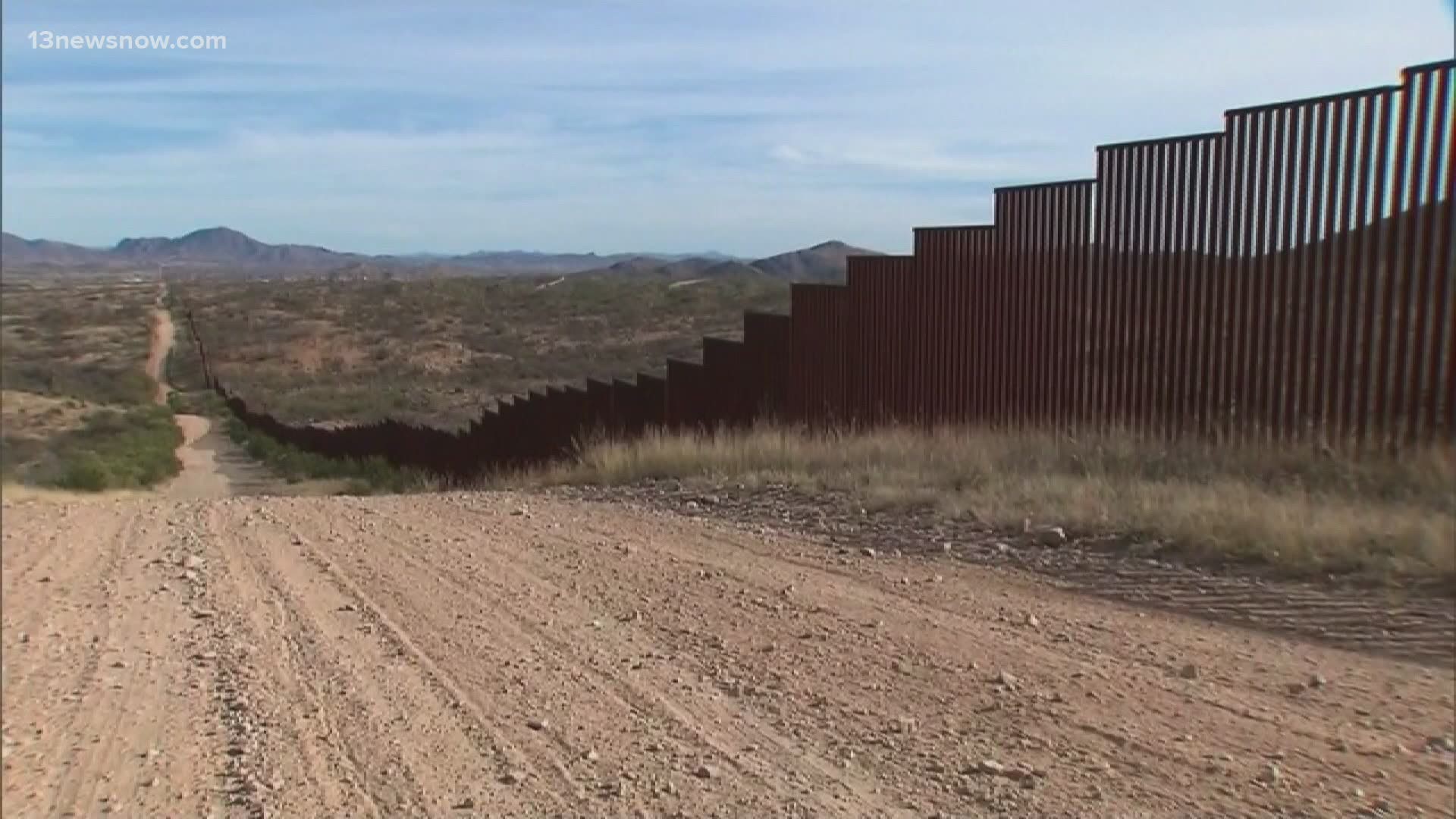 NORFOLK, Va. — The 9th US Circuit Court of Appeals ruled against President Trump's transfer of $2.5 billion from military construction projects to build sections of the wall along the U.S.-Mexico border, ruling that the White House illegally sidestepped Congress by violating the Appropriations Clause of the U.S. Constitution.

Regent University Law Professor Brad Jacob said this may go all the way to the U.S. Supreme Court, but by the time the high court gets to it, it might be well past next January 20 when President Donald J.Trump may no longer be in office.

"This may get overturned," he said. "This may not be the final resolution. But as it stands now, the 9th U.S. Circuit Court of Appeals says that the Trump Administration may not transfer this money from the general military budget appropriated by Congress to the border wall construction.  And it gets more complicated because a lot of that money has been spent and a good chunk of the wall has been built."

Virginia's senators, both Democrats, were quick to react.

Mark Warner said: “The Trump Administration’s efforts to divert funding from national security priorities to fund an ineffective border wall would only make us less safe. That’s why I’ve raised the alarm on this in the past, and it’s why earlier this year, I joined my colleagues in introducing legislation to make sure that the Department of Defense cannot bypass Congress on funding that supports critical defense programs that are critical to protecting our national security interests here at home and abroad.”

Tim Kaine said: "Finally, a court says what Republicans have been unwilling to say. A President should not be able to rummage through the Pentagon budget to fund his pet project. Congress has abdicated its authority, allowing the Trump Administration to run roughshod—from taking money from the defense budget to build a wall to dropping the case against Flynn. It’s time to reclaim some balance of power between the branches of government."