Twenty years after its U.S. debut, 'Harry Potter' is still inspiring a generation to use activism and charity for a kinder, more inclusive world. 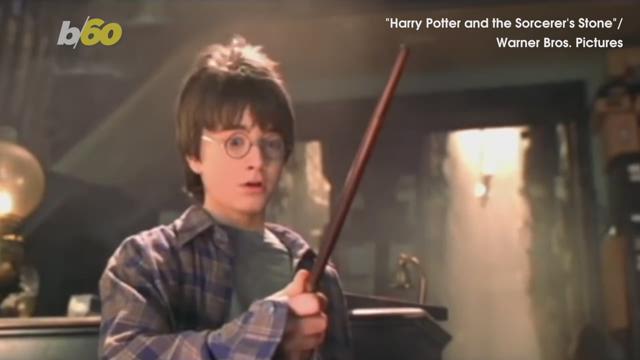 "Harry Potter" is celebrating the 20th anniversary of its U.S. release this month and 20 years later the series has proved to be not only a pop culture phenomenon, but a lasting influence on a generation dedicated to social and political activism.

J.K. Rowling's beloved children's books about a heroic boy wizard and his friends (and enemies) touches on topics such as inclusion, acceptance and standing up for marginalized communities. And in America, fans (from original readers, now in their 30s, to newer enthusiasts still in high school) are using those themes as a collective call to action for creating a better world.

"The source material of 'Harry Potter' is literally about fighting, basically, neo-Nazis," says Janae Phillips, director of Leadership and Education at the Harry Potter Alliance, an activist organization that draws from issues explored in the series.

"When you have 'Harry Potter' fans who love this story so much and then you see that story being represented in your own world, it's hard not to want to use (it) as inspiration," Phillips says. "I think there's something really powerful about saying, 'Are you going to be a Harry Potter in this situation, or are you going to be a Draco Malfoy: someone who's not standing up to what's going on? '"

The Harry Potter Alliance boasts a high percentage of first-time activists and focuses on issues such as registering voters, increasing literacy, encouraging young girls to pursue careers in STEM (science, technology, engineering and math) and advocating for gender-neutral bathrooms. And it's just the beginning of Potter-themed organizations aiming to change the Muggle world.

Even the March for Our Lives organization and survivors of the Parkland school shooting have cited Dumbledore's Army as a real-life parallel: in the fifth novel, "Harry Potter and the Order of the Phoenix," Harry and Company organize a student-run resistance to train themselves how to fight against the rising evils of Lord Voldemort and his band of Death Eaters.

"We've seen that kind of imagery and that story really having a new moment under the current administration," Phillips says. "Dumbledore's Army really comes out of students saying, 'This is not OK. We're going to do this ourselves if the adults won't help us.' "

The Parkland kids' activism is riddled with "Harry Potter" references: Emma Gonzalez said in an interview with The Cut that her two favorite Harry Potter characters were Ginny Weasley and Luna Lovegood (“Ginny is strong, levelheaded and passionate (small and powerful); Luna is gentle, kind, strong, and just has a wonderful world view”). Her classmate, David Hogg, compared Florida Gov. Rick Scott to Lord Voldemort.

"Harry Potter has almost become their playbook," tweeted Time national correspondent Charlotte Alter, who covered the aftermath of the Parkland shooting. "The Ones Who Lived fighting an 'evil' force that has infiltrated the government and brainwashed adults using the only powers they've learned in school: illumination, protection, disarmament."

Aside from fighting bad guys, "Harry Potter" also tackles class and race issues. Bayana Davis, co-founder of Black Girls Create, a website dedicated to dissecting the roles and representation of black women in fan culture, says the issue of "blood purity" in the books feels particularly relevant right now. (In the series, those with an entirely wizard background are called "Purebloods." The term "Mudbloods," on the other hand, is a kind of Wizarding World slur aimed at wizards born to non-magical parents.)

"Death Eaters and Voldemort (are) people who don't think that all people should have the same rights or should even be alive," Davis says. "They've been terrorizing their communities because they feel some type of entitlement over the society."

To an outsider, it may seem like a goofy idea to suggest that a children's book series can be responsible for inspiring activism. But those involved have witnessed firsthand how much of an impact Rowling's messages can have.

"I've often said that geeks make the best philanthropists because they believe a better world is possible," says Brian Biggs, CEO and president of Random Tuesday Inc., which operates the Hogwarts Running Club. "They reject the negativity of the world as it is presented to them. They say, 'No, a better world is possible because I've read about it in these books. I want my world to be more like that.'"