Herve Leconte is hoping his endurance run will raise $10,000 to build a playground for children in Pollock Pines. 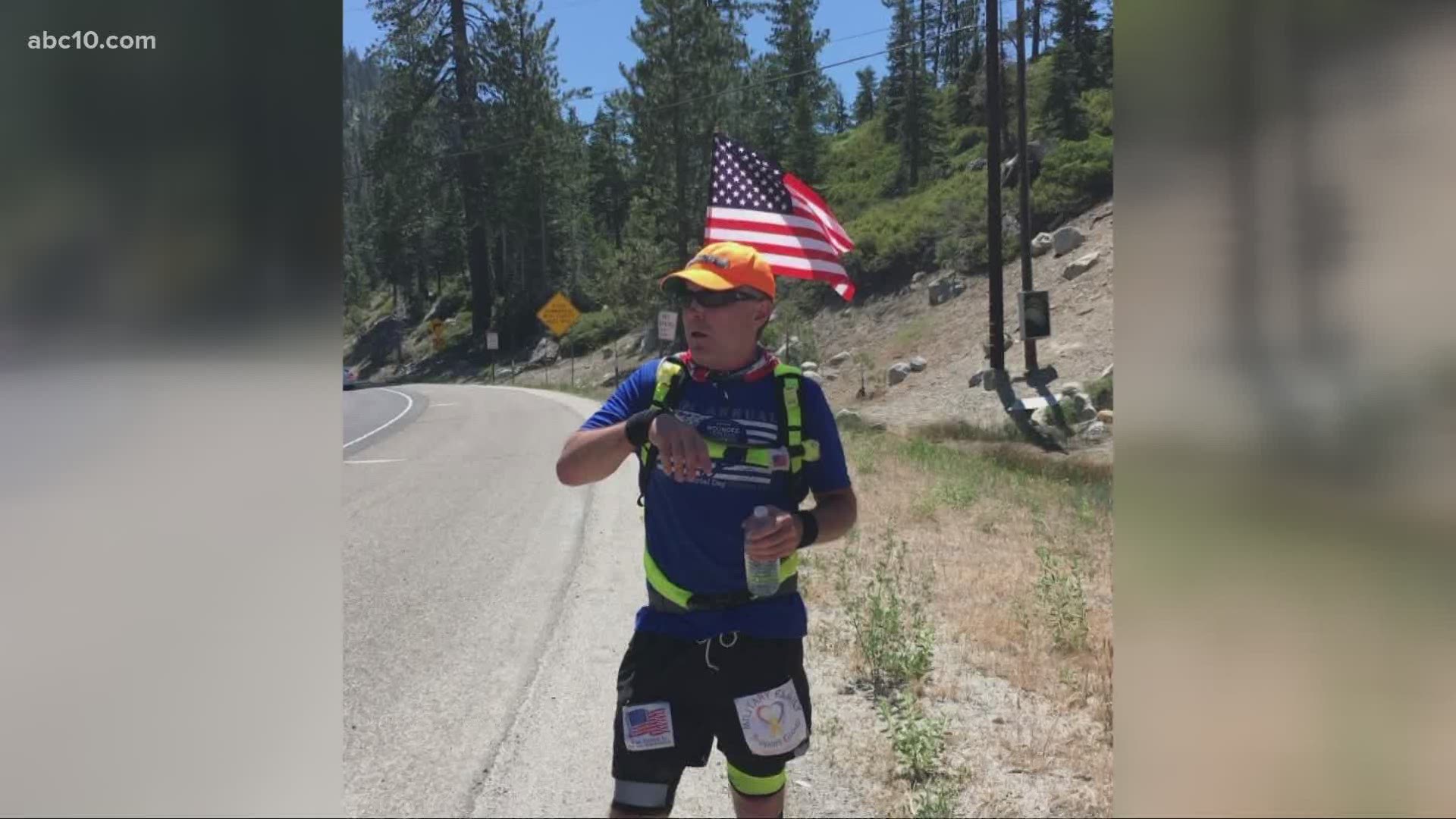 SACRAMENTO, Calif. — You’d be hard-pressed to find anyone 60 years old or older who delights in running long distances. But in El Dorado County, there’s a man who’s up for the challenge. And when you hear what his latest mission is, it’s going to blow your mind.

His name is Herve Leconte. He's originally from France, he’s 60 years old, and he actually just started running about five years ago. Ever since he started he’s been running competitively in several long-distance races throughout the nation. When he found out that Pollock Pines was in need of a playground for the youth, that’s when he decided to do something about it.

“I like to volunteer and help the community, so why not combine the two," said Leconte. "[I have a] passion [for] helping others and [a] passion of running. I heard that in Pollock Pines we needed a playground for kids, so I said I’m going to do something. And here I am doing 96 hours, 4 days straight on the treadmill.”

Yeah you read that right…he’s running four consecutive days, only breaking to use the restroom. His goal is to raise $10,000 that will go toward the playground.

“I came to the United States from Paris 30 years ago," Leconte said. "I emigrated my wife and two babies. This country gave me a lot. This county, El Dorado gave me a lot. [It's] my turn to give back. So that’s for the community.”

Now, just in case you’re wondering what his diet is during those four days, Leconte tells ABC10 the only thing he eats is paella, which is Spanish rice. He says his ultimate goal is to run 1,500 miles on a treadmill, which would give him the world record.

Leconte will do the 96-hour run on a treadmill at El Dorado County's Sheriff's Office. The four-day run will commence on August 24 and conclude on August 28.