Everything coming to and leaving Netflix February 2019 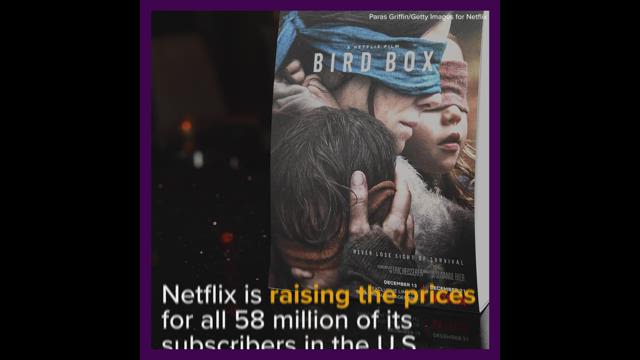 New month, new me, new shows to binge. As January winds down, Netflix is once again adding a slew of new shows to its selection, as well as removing some beloved programming.

As in past months, the streaming service is introducing a load of new original content. "Orange is the New Black" actress Natasha Lyonne's new series "Russian Doll" will arrive February 1. The eight-episode thriller is produced by Amy Poehler and Lyonne.

New Episodes of "The Patriot Act With Hasan Minhaj" will be hitting the site on February 10 New episodes of the comedic talk show will drop every Sunday.

A few original films will be coming in February as well. After "Roma's" Oscar nomination, it looks like the service is continuing to invest in prestige films. André  Holland will star in the Steven Soderberg drama "High Flying Bird," premiering February 8, and Jake Gyllenhaal's art horror film "Velvet Buzzsaw" will hit the site on February 1.

Of course, with the new additions comes the exit of some of Netflix's titles. Some classic films will be leaving the streaming service, including "The Princess Diaries 2: Royal Engagement" and "The Big Lebowski." Most of the content being removed will leave Netflix on February 1, so watch them now while you still can.

Here's the full list of what's coming and going: