Michael Haub was laid to rest on Tuesday, one day before the 18th anniversary of the 9/11 terror attacks. 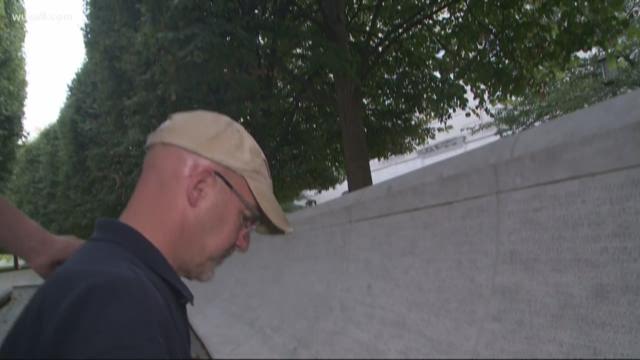 A second memorial was held Tuesday for a firefighter who died during the September 11 attacks. Michael Haub's remains were conclusively identified nearly 18 years after his death, according to the Uniformed Firefighters Association.

Haub was laid to rest on Tuesday, the day before the 18th anniversary of the 9/11 terror attacks. He was a 13-year veteran of the fire department in Ladder Company 4.

"May Firefighter Haub rest in peace and may today’s service finally provide his family the closure and peace of mind that Michael is at rest," FDNY Uniformed Firefighters Association President Gerard Fitzgerald said in a statement. "Firefighter Michael Haub is a hero."

342 firefighters died on September 11, 2001. According to CNN, about 40% of the nearly 3,000 people killed during the attacks remain unidentified.More first responders working on that day have died in the following years due to exposure to toxins in the wreckage.

RELATED: America to commemorate 9/11 as its aftermath extends and evolves

While research continues into whether those illnesses are tied to 9/11 toxins, a victims compensation fund for people with potentially Sept. 11-related health problems has awarded more than $5.5 billion so far. Over 51,000 people have applied.

After years of legislative gridlock, dwindling money in the fund and fervent activism by ailing first responders and their advocates, Congress this summer made sure the fund won't run dry . Trump, a Republican and a New Yorker who was in the city on 9/11, signed the measure in July.

The sick gained new recognition this year at the memorial plaza at ground zero, where the new 9/11 Memorial Glade was dedicated this spring.

The tribute features six large stacks of granite inlaid with salvaged trade center steel, with a dedication "to those whose actions in our time of need led to their injury, sickness, and death." No one is named specifically.

Credit: AP
The Tribute in Light rises above the lower Manhattan skyline, Tuesday, Sept. 10, 2019 in New York. Wednesday marks the 18th anniversary of the terror attacks against the United States of Sept. 11, 2001. (AP Photo/Mark Lennihan)