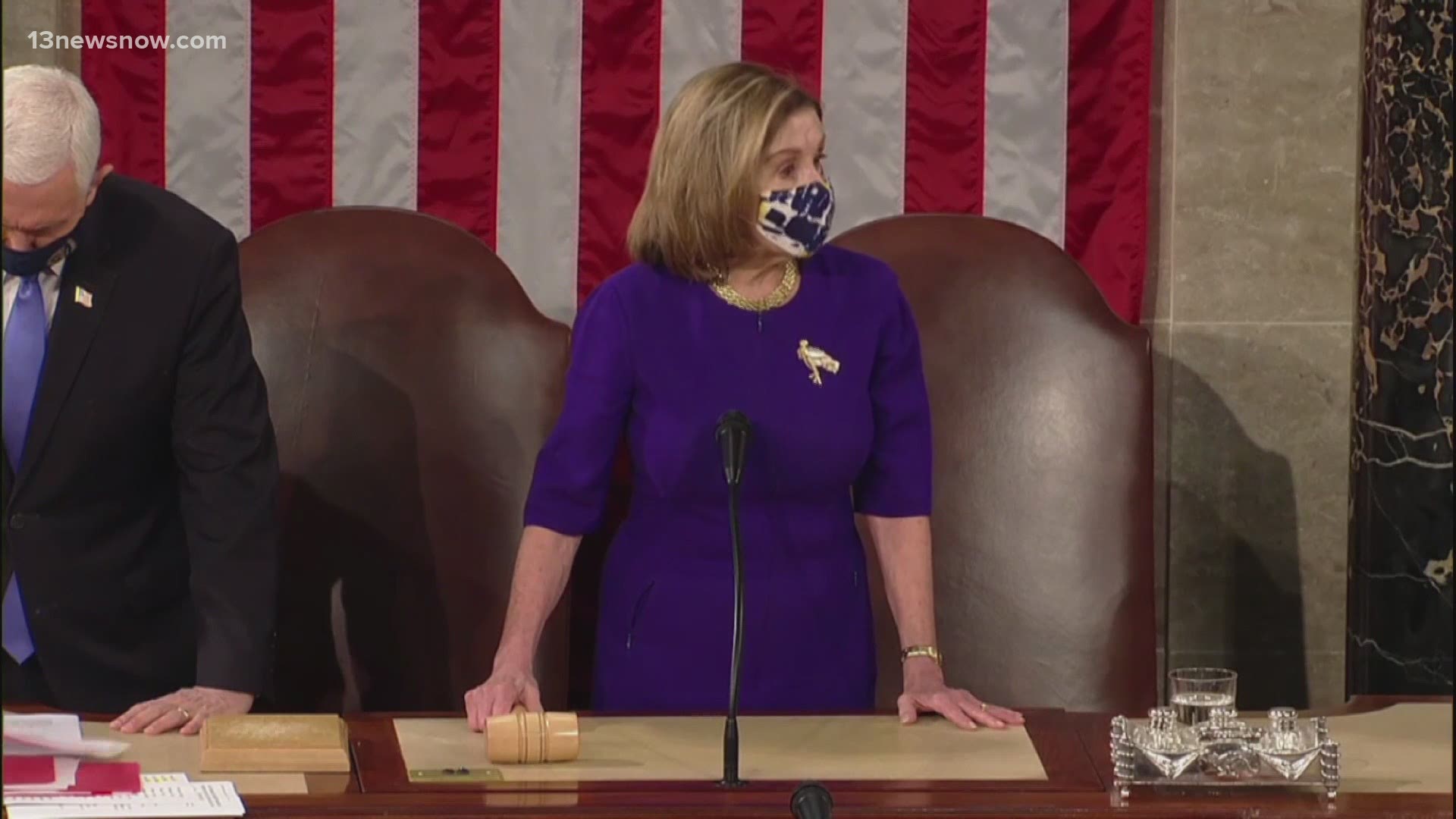 WASHINGTON — With the flag at half-staff for U.S. Capitol Police Officer Brian Sicknick, House Speaker Nancy Pelosi on Friday fired off a letter to Democratic colleagues.

In it, she placed direct blame on President Trump for Wednesday's "horrific attack" on the Capitol, accusing President Trump of  "dangerous and seditious acts," calling him "unhinged" and "rogue."

And she left no doubt that if Vice President Mike Pence and the Cabinet do not invoke the 25th Amendment to remove Trump, the House of Representatives will move forward to impeach the President for a second time.

She wrote: "We must do everything that we can to protect the American people from his unbalanced assault on our country and our democracy."

It's a move that already has the support of Hampton Roads House members Elaine Luria, Bobby Scott, and Don McEachin. But there are big questions on whether such a move would actually succeed in getting rid of Trump.

"The House can act very quickly, given its rules and the way it's set up," said Old Dominion University Political Science Professor Ben Melusky. "However, the Senate, based upon its standing rules as it relates to impeachment trials they can be modified in the short term through unanimous consent. But the likelihood of getting unanimous consent is pretty slim."

"The Speaker herself is very motivated to get this done," he said. "So, I do expect this to happen. Look, I expect by mid-next week that the House will have voted Articles of Impeachment on the President."

Even if the Senate does not vote to convict, an important message would be sent, says Kidd.

"If there's an impeachment charge hanging over him as he exits office, the idea is, it might constrain his behavior," he said.