'The Gambler' singer passed away peacefully at home from natural causes, his family said. 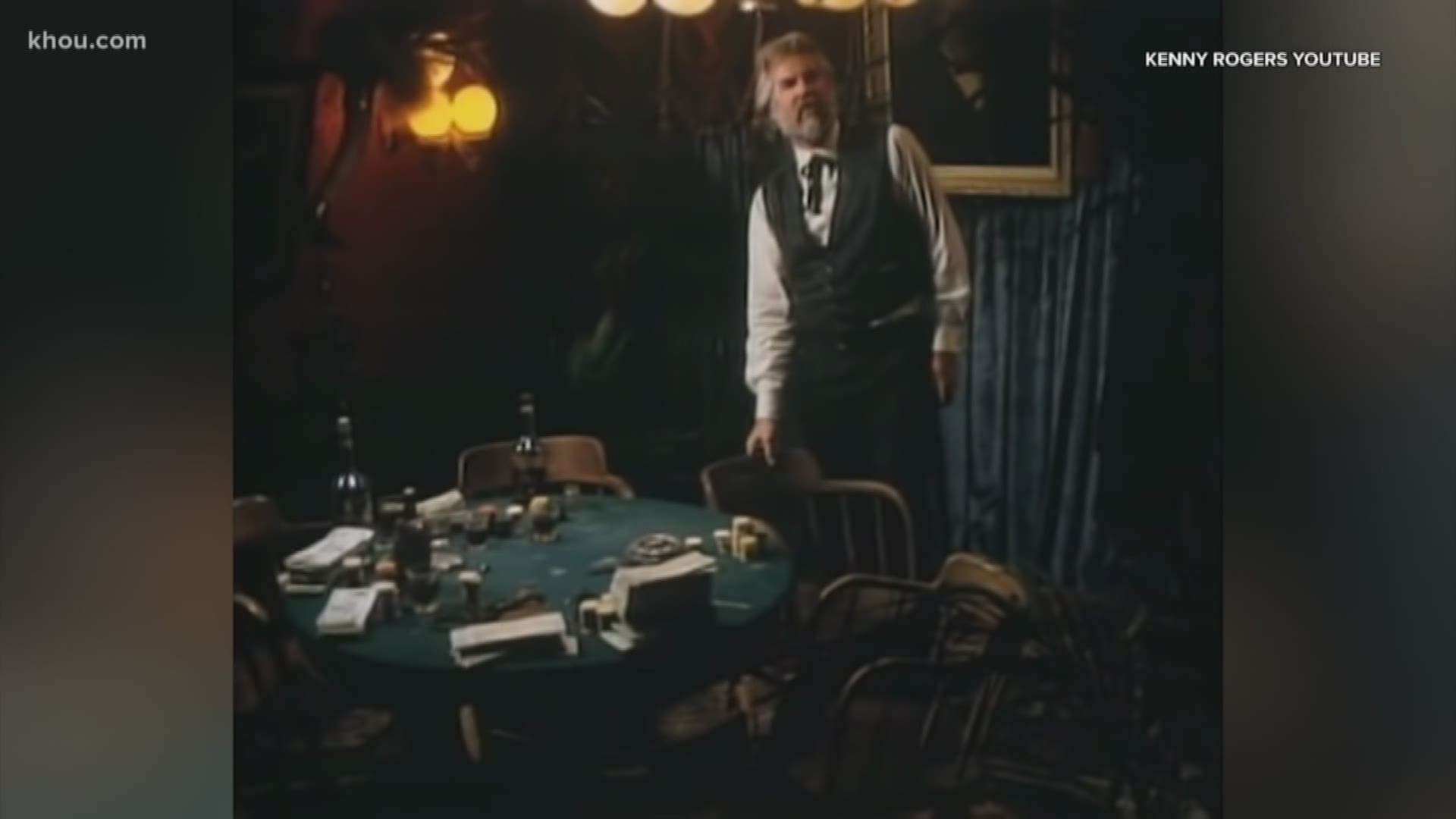 SANDY SPRINGS, Ga. — The Rogers family announced that Kenny Rogers the American singer, songwriter and music producer passed away at the age of 81.

His family said "The Gambler" singer passed away peacefully at home on Friday night from natural causes. He was under the care of hospice and surrounded by his family and loved ones.

Rogers had twenty-four number-one hits, he was a six-time CMA Awards winner, three-time Grammy Award winner, and a recipient of the CMA Willie Nelson Lifetime Achievement Award in 2013.

Some of his top hits include "Lady," "Islands In The Stream," "Lucille," "She Believes In Me," and "Through the Years."

A small private service is being planned by his family at this time, out of concern for the national COVID-19 emergency. His family said they "look forward to celebrating Kenny’s life publicly with his friends and fans at a later date."

The Houston-born performer with the husky voice and silver beard thrived for some 60 years before retired from touring in 2017 at age 79. Despite his crossover success, he always preferred to be thought of as a country singer.

Rogers invested his time and money in a lot of other endeavors over his career, including a passion for photography that led to several books, as well as an autobiography, “Making It With Music.” He had a chain of restaurants called “Kenny Rogers Roasters,” and was a partner behind a riverboat in Branson, Missouri. He was also involved in numerous charitable causes, among them the Red Cross and MusicCares, and was part of the all-star “We are the World” recording for famine relief.

Credit: AP
FILE - In this Oct. 24, 2017 file photo, Kenny Rogers poses with his star on the Music City Walk of Fame in Nashville, Tenn. Actor-singer Kenny Rogers, the smooth, Grammy-winning balladeer who spanned jazz, folk, country and pop with such hits as “Lucille,” “Lady” and “Islands in the Stream” and embraced his persona as “The Gambler” on record and on TV died Friday night, March 20, 2020. He was 81. (AP Photo/Mark Humphrey, File)