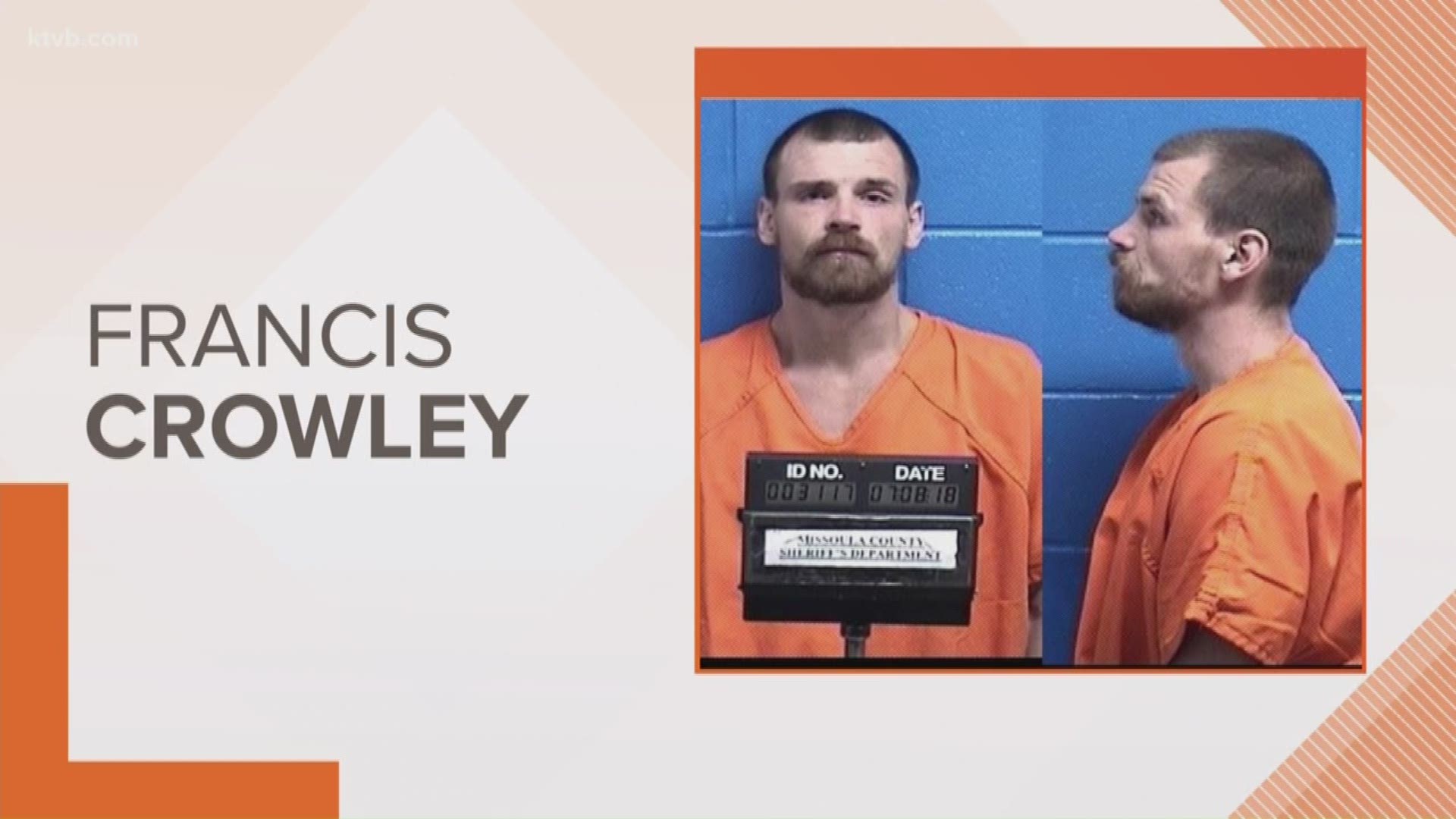 MISSOULA, Montana — An Oregon man who abandoned a 5-month-old baby under a pile of debris in the woods of western Montana has been sentenced to 30 years in prison with 10 years suspended.

Prosecutors say Crowley was high on meth and bath salts when he caused a disturbance at Lolo Hot Springs in July. He told officers the baby he had been caring for was buried, but he couldn't say where.

Credit: Missoula County Sheriff's Office
An infant boy was found alive after being buried in the mountains outside Missoula.

Authorities found the boy and estimated he had been left alone for at least nine hours. Police said the baby was cold, hungry and had scrapes and bruises, but was otherwise in good condition.

Crowley wept in court Tuesday, saying he never meant to hurt the child.