If you want someone to suffer for hours on end, this is the game for you. 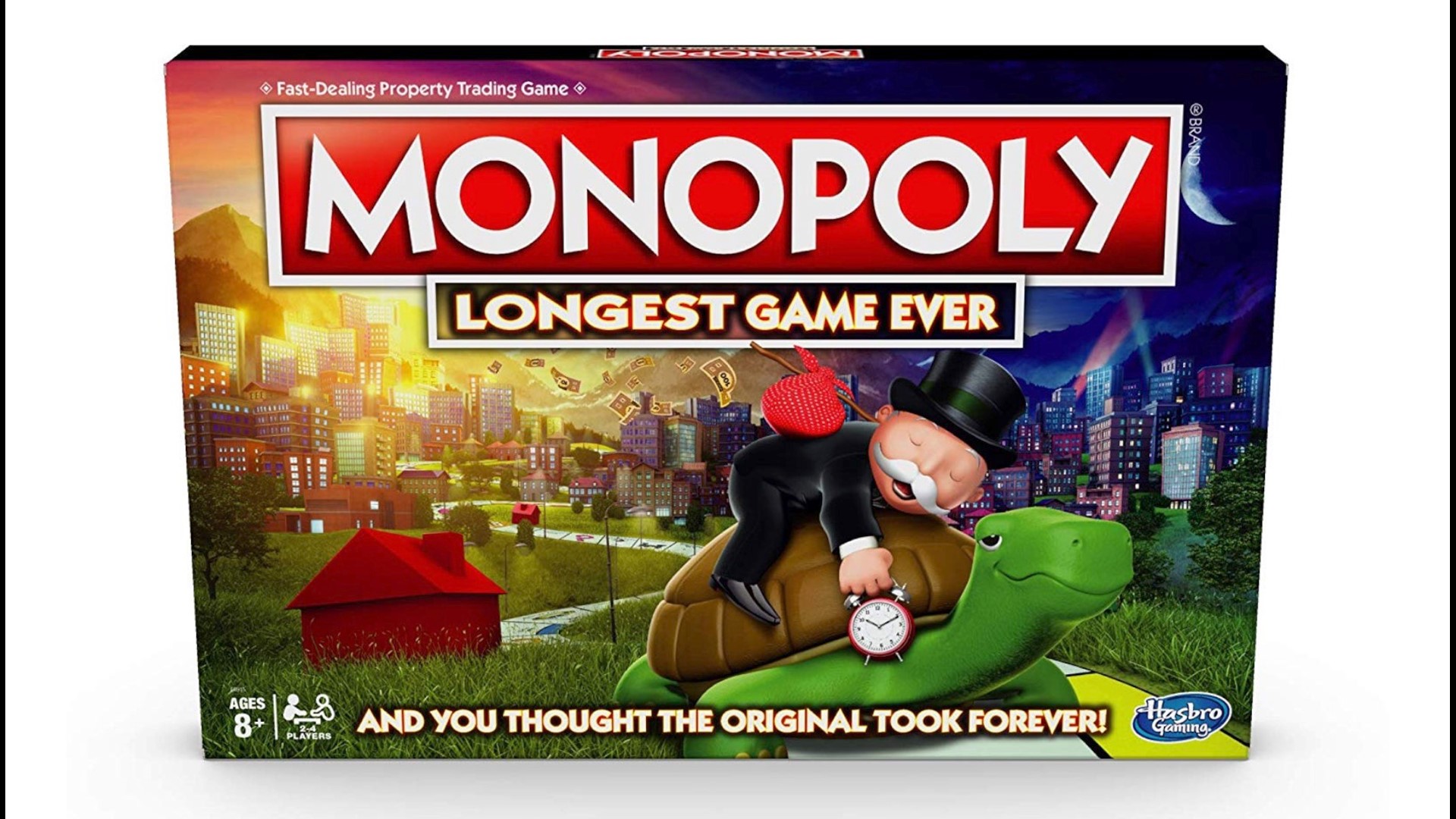 If you love torturing yourself with a seemingly endless game of Monopoly, there's a new version that's going to make it a whole lot worse. "Monopoly: Longest Game Ever" could be one that has you crying "uncle" before a winner is declared. Its tagline is, "And you thought the original took forever!"

The board has an outer track and an inner track with a total of 96 spaces compared to 40 in the original. To get around it, you only get to roll one die. That means no extra turns by rolling doubles.

The game features 66 properties, 12 railroads and six utilities -- three times that of the original game. So what are these new places called? They are all duplicates. So, you can buy Reading Railroad or Park Place three times.

The game does not end until one person has every single property, railroad, and utility. Even if you went bankrupt, you're still in the game. You are even allowed to cut up your money to keep going.

One Amazon reviewer points out that if you were to land on one St. James Place and buy it, then you would own all three versions. But, if someone lands on a property you own, they could pay an extra $10 on the rent and take it from you, thereby making it harder to hold onto every property.

Who would want this? Someone, apparently. Amazon, which says it is selling the game exclusively, says the game is currently unavailable and it's unclear when new copies will be sold.

Now, if you want your Monopoly with a little more zip, there is a new "Speed" version of the game. It's an international version from the UK, so all the properties are from London.

The game claims you can finish in under 10 minutes. Everyone takes their turn at the same time because each player has their own die. Each round has a timer, which is all the time you everyone has to buy, sell and trade.