A couple found the document while touring the officer's home for sale. 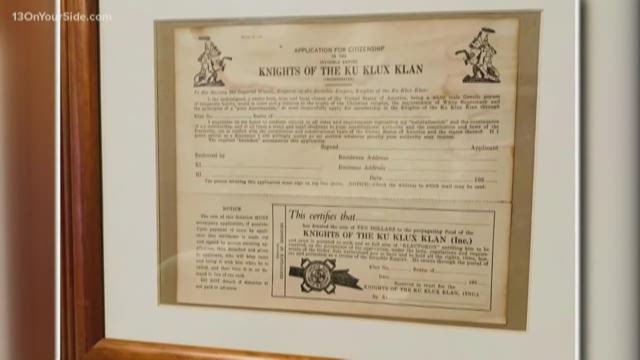 Frank Peterson said that's the only information they can share at this time. However, Peterson said earlier this week that a redacted copy of the investigation and the chief's executive summary would be shared with the public.

In August, a couple was touring officer Charles Anderson's home for sale and found the "disturbing" document, said Rob Mathis, who found it with his wife.

When the couple and their realtor got to the bedroom, they claim to have discovered a Ku Klux Klan application framed on the wall. Mathis says the walk-through was immediately cut short and he and his wife pulled their offer.

Mathis, who is black and an Army veteran, shared the experience on a Facebook post—which has been shared more than 2,000 times with more than 3,000 comments. He confessed to joking to himself that he was walking through a Ku Klux Klan member's home.

"I was just angry, and my daughter started asking questions and she's only 12," Reyna Mathis added.

When Rob Mathis heard the news Thursday that Anderson was fired, Mathis said, "That's great news for the community."

Despite facing threats for publically sharing Anderson's KKK memorabilia, Mathis said it was the right thing to do.

"...You have to take a stand and do something for the greater good of the people and the community. And although you might be a casualty in the stand that you take, it's going to help others out in the future," Mathis said. 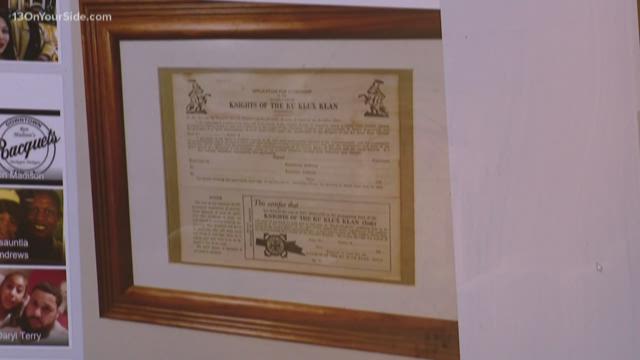 Previously, Anderson was placed on administrative leave. He has been on the force for more than 20 years, according to previous reporting.

In 2009, Anderson was cleared after he shot and killed an unarmed black man. Anderson was seriously injured during the incident.

The home is in Holton, north of Musekgon. 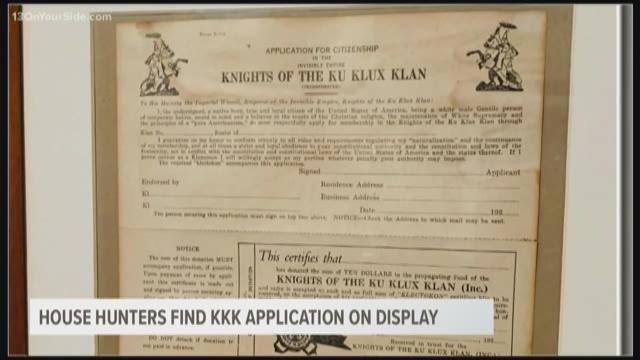