For Muslims in America, Eid al-Fitr comes as pandemic eases

As they celebrate the Islamic holiday of Eid al-Fitr, Muslims are once again seeking ways to balance social and religious rituals with coronavirus concerns. 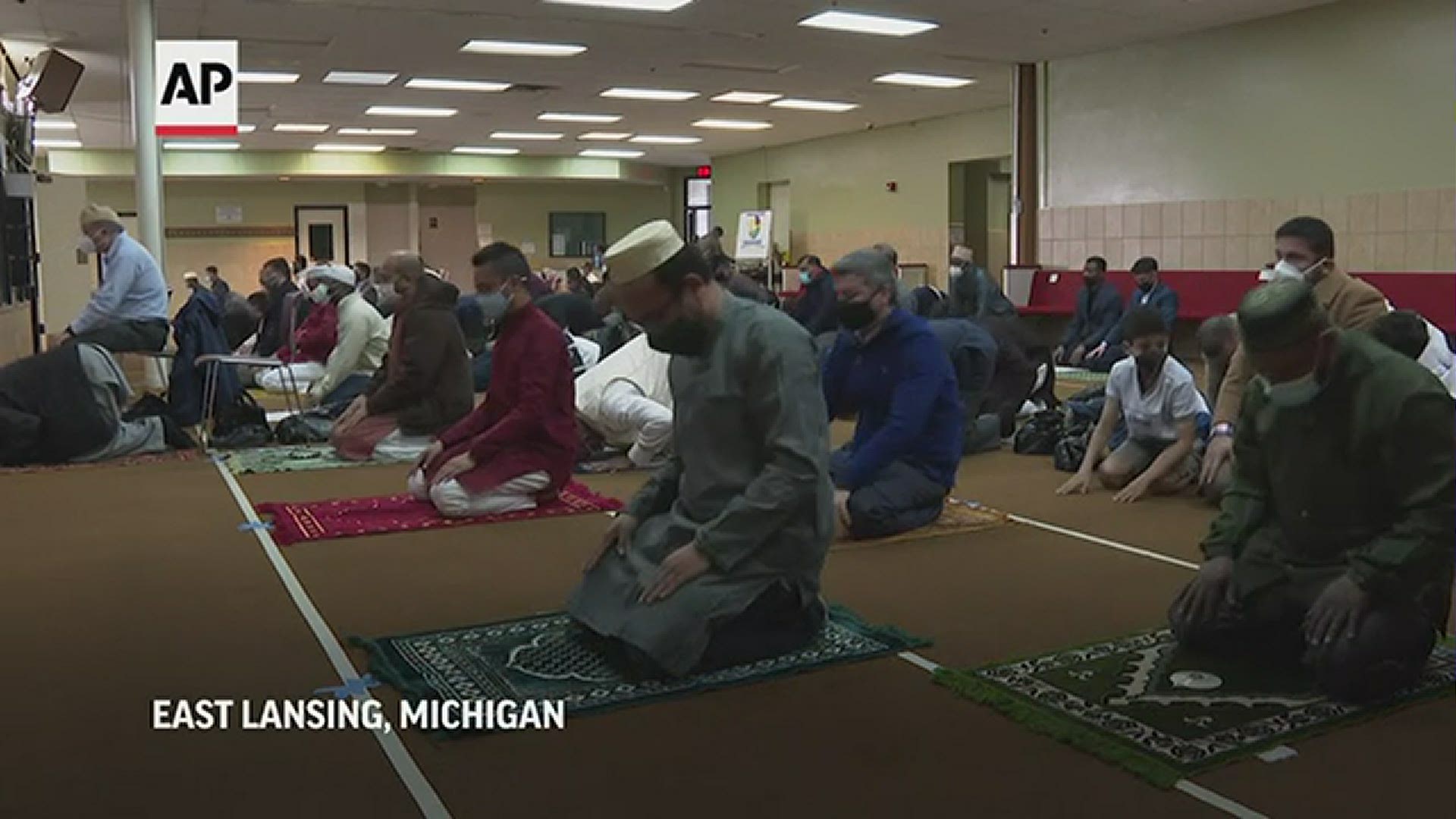 For Qassim Abdullah, this year’s Islamic holiday of Eid al-Fitr marked a bit of a milestone: Now fully vaccinated, the 66-year-old finally felt comfortable enough to return to his mosque for the Eid prayer today, his first time back since the start of the pandemic.

“It's overwhelming and exciting,” the Maryland resident said. “It's very nice to see the community. ...It's just a beautiful feeling.”

There were changes: He wore two masks and didn’t stand shoulder-to-shoulder with other worshippers as he normally would have during prayers. But Eid still felt more celebratory than last year.

“It is definitely much better,” he said. “I don’t think it is very close to normal (yet) but it’s going that way. At least we’re going out of our houses.”

Eid al-Fitr marks the end of the holy month of Ramadan when Muslims abstain from food and drink from sunrise to sunset. Traditionally, people gather for prayers, visit family and friends and huddle together around festive meals.

Once again, Muslims are seeking ways to balance the holiday’s rituals with coronavirus concerns. But for those in America, even as they observe precautions, this year’s Eid comes as the pandemic eases its grip in the country amid ongoing efforts to put vaccine shots into more arms and chart a path back to normalcy.

It's a contrast with many in other countries who are celebrating Eid al-Fitr in a subdued mood for a second year as the pandemic again forces varying restrictions.

Before the pandemic, she said, her family would dress up, go to the mosque for morning prayer and socialize with other congregants and friends.

When the coronavirus put a halt to that, Wafai’s family, like many, got creative. They hosted a COVID-19-safe drive-by celebration and handed out popcorn, cotton candy and goody bags to people in their cars.

This year, she and her family are participating in communal Eid prayers and will be hosting a socially distanced celebration in their backyard on the weekend.

“To have people come and socialize and gather together, eat food together — this is really one of the biggest pleasures for us after this month long of fasting,” she said. “Eid is a really big deal for us.”

At The Islamic Center of East Lansing, Michigan, the Eid al-Fitr celebration typically draws 4,000 to 5,000 people, so many that the center moves the event to a nearby convention center in neighboring Lansing, the state capital. Last year that was replaced by a virtual ceremony.

The center held Eid prayers Thursday with some changes. Masks were required, and people’s temperatures were taken at the door. Worshippers were asked to bring their own prayer rugs and bags for their shoes. Blue tape in the shape of an “X” marked the socially distanced spaces in which worshippers were to place their prayer rugs. And attendees had to pre-register.

“Families have been very eager to bring their kids to the prayers,” said Thasin Sardar, an Islamic Center trustee. “Up until now we’ve been telling people not to bring kids below 13 years of age, but for the Eid, we made an exception.”

Doughnuts were available in the center’s lobby and children doled out sweets from large bags in the parking lot as worshippers headed back to their cars. Some posed for pictures to mark the moment.

“People are overjoyed,” Sardar said. “The sense of community has been rebuilt today.”

In Philadelphia, the Masjidullah mosque held the Eid prayer with safety protocols such as temperature checks. It's also offering to-go meals and toys and hosting an outdoor “Eid Bazaar” with vendors.

“There are some people who have got vaccinated who are like, ‘Let’s go back to normal mode,' and then you have others that are still not vaccinated or still, even if vaccinated, are cautious,” imam Idris Abdul-Zahir said before the holiday.

Credit: AP
A worshipper helps a child with a mask before he and others perform an Eid al-Fitr prayer at the Masjidullah Mosque in Philadelphia, Thursday, May 13, 2021.

Normally Masjidullah partners with other mosques to hold one big Eid prayer that draws thousands, but not this year to avoid crowding.

“Eid is a time to see people you perhaps may have not seen throughout the year,” Abdul-Zahir said. “Because we are not all together the way we normally are, it’s going to be somewhat bittersweet. But again, we’re thankful for the ability to come together in some capacity.”

In Bergen County, New Jersey, more than 2,000 people gathered at a park to mark Eid. Ather Usmani, president of Darul Islah mosque, said his organization worked closely with the county to get permission for the event.

“It’s a huge, huge difference from the last year,” Usmani said before the start of Eid, adding that it helps that many have been vaccinated with the encouragement of the mosque’s leadership.

“We are instructing people not to embrace, not to hug, just say, ‘Hello, hi,’ from 6 feet apart.”

The schedule also included a remembrance of community members who died of the virus.

“It’s been tough for several families, and we will pray for the people who are still sick, and the message is for unity for the community,” Usmani said.

Now she has even more reason to celebrate. The eighth grader has been advocating for years for Eid to be a day off from school, and last month district officials approved two days off next school year to accommodate Eid al-Fitr and the Jewish holiday of Yom Kippur, according to the Iowa City Press-Citizen.

The decision sent a message, Kirja said, “that we, as a community, welcome everyone that lives here.”

Associated Press religion coverage receives support from the Lilly Endowment through The Conversation U.S. The AP is solely responsible for this content.