The race may give insight into whether Republicans can retake the House in 2020 and President Trump's reelection prospects. 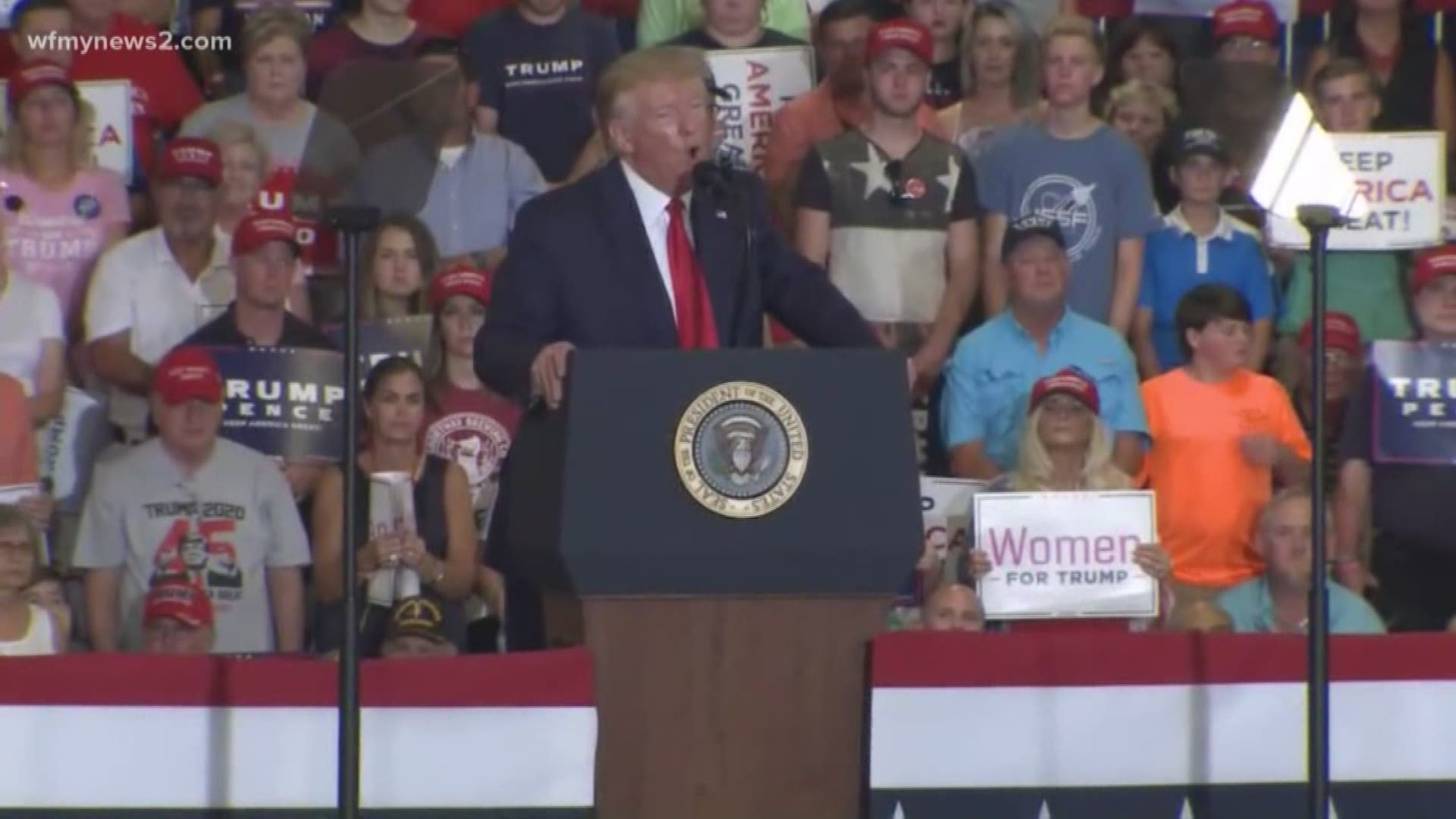 Bishop, 55, a state senator best known for a North Carolina law dictating which public bathrooms transgender people can use, defeated centrist Democrat Dan McCready. Bishop tied himself tightly to Trump, who staged an election-eve rally for him in the district, and Tuesday's voting seemed no less than a referendum on the president, who quickly took credit for the triumph.

"Dan Bishop was down 17 points 3 weeks ago. He then asked me for help, we changed his strategy together, and he ran a great race. Big Rally last night," Trump tweeted. No polling has emerged publicly that showed Bishop with a deficit of that magnitude. Operatives from both parties and analysts had long said the race was too close to call.

The results in the district underscored the rural-urban split between the parties, with Bishop running up substantial numbers in outlying areas and McCready eroding GOP advantages in suburban areas. McCready's moderate profile resembled that of many Democrats who won in Republican-leaning districts in the 2018 midterms and, even with the loss on Tuesday, showed the durability of that approach.

Bishop's margin was far less than the 11 percentage points by which Trump captured the district in 2016. And it was only slightly greater than when then-GOP candidate Mark Harris seemed to win the seat over McCready, 36, last year — before those results were annulled after evidence surfaced of vote tampering.

Republicans have held the seat since 1963, and its loss would have been a worrisome preface to the party's presidential and congressional campaigns next year.

"I think it means Trump is going to get a second term and Republicans will retake the majority," House Minority Leader Kevin McCarthy, R-Calif., said in an interview with The Associated Press. Many analysts think a GOP takeover will be difficult.

Special elections generally attract such low turnout that their results aren't predictive of future general elections. Even so, the narrow margin in the GOP-tilted district suggested that Democrats' 2018 string of victories in suburban districts in red states including Texas, Oklahoma and Kansas could persist next year.

There is almost no pathway to Republicans regaining House control next year unless they avoid losing more suburban districts and win back some they lost last year.

The district stretches from Charlotte, one of the nation's financial nerve centers, through its flourishing eastern suburbs and into less prosperous rural counties along the South Carolina line. More than half its voters were expected to come from the suburbs.

Since Trump became president, voters in such communities — particularly women and college-educated voters — have abandoned Trump in droves over his conservative social policies and vitriolic rhetoric on immigration and race.

Suburban defections would also jeopardize the reelection prospects of Trump, who's already facing slipping poll numbers. Limiting the erosion of those voters will be crucial for him to retain swing states like North Carolina, which he won by less than 4 percentage points in 2016.

But Tuesday's vote showed that Bishop benefited from the district's conservative leanings.

"Bishop, his policies follow my convictions — after hearing Bishop, knowing that he's for the Second Amendment and he's against illegal immigration," said Susie Sisk, 73, another retiree from Mint Hill. The registered Democrat said she voted for Bishop.

McCready, a former Marine turned financier of solar energy projects, was banking on the district's suburban moderates to carry him over the top.

Along with a GOP victory in a second vacant House district in North Carolina, Republicans pared the Democratic majority in the House to 235-199, plus one independent. That means to win control of the chamber in 2020, Republicans will need to gain 19 seats, which a slew of GOP retirements, anti-Trump sentiment among moderate voters and demographic changes suggest will be difficult.

In the day's other special election, Republican Greg Murphy, a doctor and state legislator, as expected defeated Democrat Allen Thomas to keep a House district along North Carolina's Atlantic coast.

That seat has been vacant since February, when 13-term GOP Rep. Walter Jones died, and Trump won it handily in 2016.

The bathroom law that Bishop sponsored was repealed after it prompted a national outcry and boycotts that The Associated Press estimated cost North Carolina $3.7 billion.

Bishop bound himself tightly to Trump, backing his proposed border wall with Mexico and accusing Trump critics of being intent on "destroying him." In a TV spot airing Election Day, he said his opponent is "backed by radicals" as the screen flashed the faces of House Speaker Nancy Pelosi, Democratic presidential contender Bernie Sanders and outspoken liberal Rep. Alexandria Ocasio-Cortez.

McCready used his creation of a company that's financed solar energy projects to cast himself as a job creator and environmental champion. He also focused on containing health care costs and ran a spot featuring his trademark promise to prioritize "country over party."

In 2018, McCready lost by 900 votes to Harris, the Republican. That decision followed allegations of vote fraud by a Republican political consultant, and Harris opted to not run again.

Another jolt of notoriety occurred in July when Trump staged a rally for Bishop in nearby Greenville. Trump said four Democratic women of color should "go back" to their home countries, though all but one was born in the U.S. The crowd began chanting "Send her back."