'You broke my wrist!' | Georgia police sued for taking down wrong man

Police video shows Antonio Arnelo Smith talking cooperatively with an officer when a second one walks up behind him, grabs him and slams him to the ground.

Credit: AP
In this still image from body camera video released by the Valdosta police, Antonio Arnelo Smith is slammed face-first to the ground by a Valdosta police sergeant, in Valdosta, Ga., on Feb. 8, 2020. The video shows Smith handing his driver's license to a police officer and answering questions cooperatively before a second officer, Sgt. Billy Wheeler, approaches him from behind, wraps him in a bear hug and slams him face-first to the ground. (Valdosta Police via AP)
Author: RUSS BYNUM Associated Press
Published: 5:23 AM EDT July 1, 2020

SAVANNAH, Ga. — Body camera video shows Antonio Arnelo Smith handing his driver's license to a Black police officer and answering questions cooperatively before a white officer walks up behind him, wraps him in a bear hug and slams him face-first to the ground.

“Oh my God, you broke my wrist!” the 46-year-old Black man screams as two more white Valdosta officers arrive, holding him down and handcuffing him following the takedown. One eventually tells Smith he's being arrested on an outstanding warrant, and is immediately corrected by the first officer: They've got the wrong man.

Clutching his wrist and whimpering, Smith was let go without charges after the violent encounter on Feb. 8 in Valdosta, Georgia, near the Florida state line.

“When you see that video, you can’t help but say this is a travesty,” said Nathaniel Haugabrook, one of Smith's attorneys. “Nobody should be done that way.”

Warning: The following video contains graphic content and may be disturbing to some audiences. 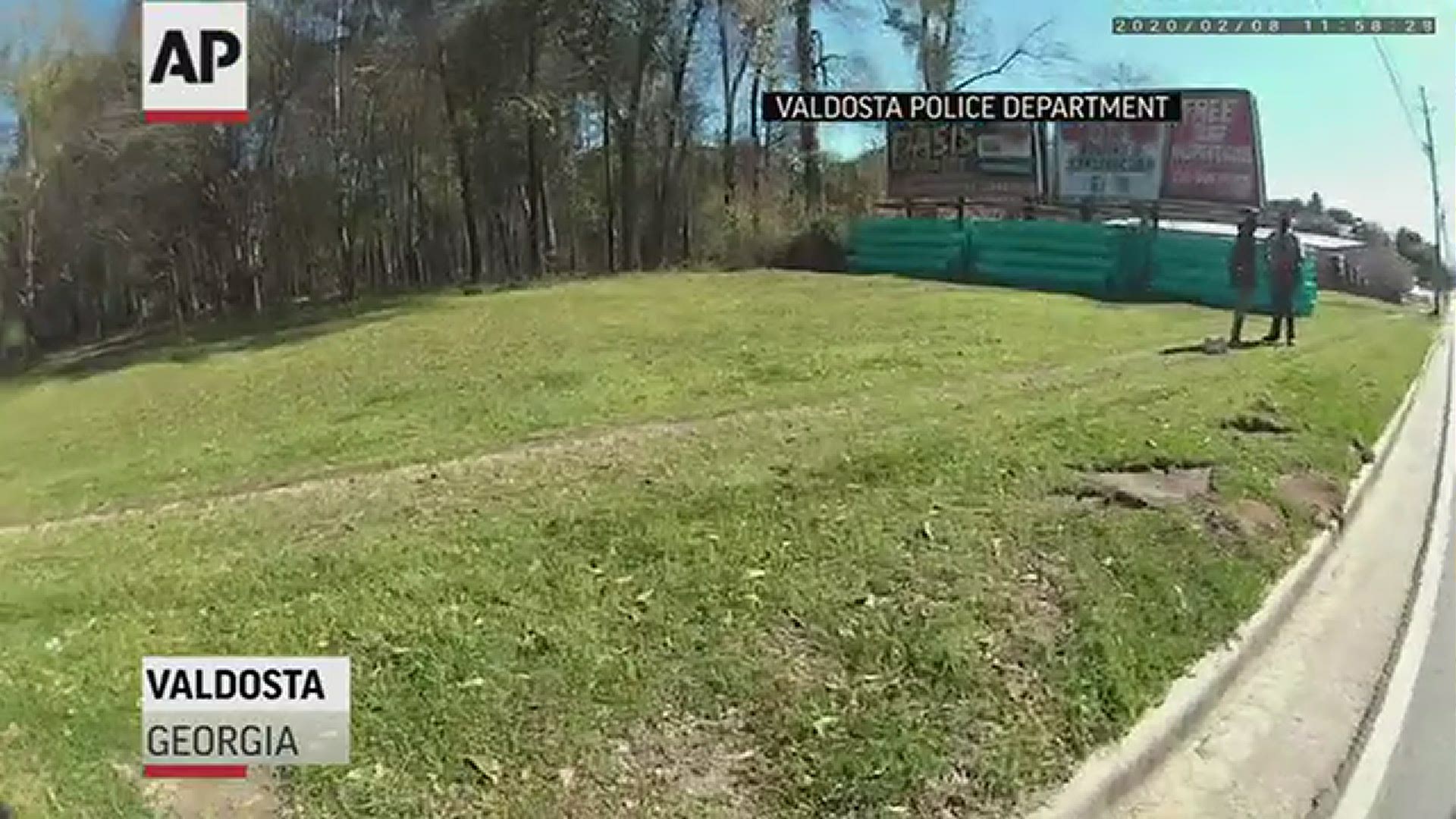 The federal lawsuit comes during a national outcry over police brutality against people of color, sparked by the killing of George Floyd in Minneapolis. Haugabrook said police stopped Smith for questioning after a drug store employee reported him for panhandling outside.

"Obviously it has some racial tones to it,” Haugabrook said Thursday.

Smith's encounter with police went largely unnoticed for more than four months, until he filed suit June 19. The city of Valdosta issued a statement three days after that, saying police are conducting an internal investigation and that Smith never filed a complaint.

City officials also released one of the four body camera recordings — that of the officer who grabbed Smith, which doesn't show the takedown because the camera is pressed to Smith's back. Valdosta officials didn't release body camera videos with a clearer view until after the Valdosta Daily Times published one received from Smith's attorneys.

The city's statement said police responding to a report that a man was harassing customers and asking for money outside the drug store simultaneously found two suspects nearby who fit the description. Officers questioning one of them learned he had an outstanding arrest warrant. The other was Smith.

The city's statement says that an officer, identified in the lawsuit as Sgt. Billy Wheeler, approached Smith mistakenly believing he was the wanted man, and “advised him to place his hands behind his back.” Smith “began to resist by pulling his arms forward and tensing his body,” prompting Wheeler to take him to the ground, the city said.

This is not an accurate description of what the officers' body cameras recorded.

The video shows Wheeler walk up silently behind Smith, grab his right wrist and pin both of his arms to his sides in a bear hug. Only then does he order Smith to put his pinned hands behind his back, and Wheeler slams him to the ground almost immediately thereafter.

Asked about this discrepancy, a city spokeswoman, Ashlyn Johnson, said the city had no further comment. She said she did not know the status of the officers involved.

“The City of Valdosta and the Valdosta Police Department take any report of any injury to a citizen seriously,” the statement said.

The videos, recorded at noon on a clear, sunny day, show the encounter from beginning to end. Smith cries out in pain that his wrist is broken, and Wheeler says: “Yeah, he might be broke.” The officers remove the handcuffs within about a minute and call for an ambulance. Still on the ground, Smith asks why he's being arrested.

“We have a warrant for your arrest,” one officer tells Smith.

That prompts the officer who first stopped Smith, identified in court records as Dominic Henry, to correct them.

“Hey, this was another guy," Henry says. "The guy with the warrant’s over there. No, there’s two different people.”

Smith leaves the scene before paramedics arrive. His lawyer said Smith wanted to get away from the officers as quickly as possible, and the wrist never healed properly.

Smith's lawsuit in U.S. District Court seeks unspecified monetary damages. In a letter sent to Valdosta officials seeking a settlement before the lawsuit was filed, Smith's attorneys asked for $700,000. But he also wants something more, his lawyer said: A commitment by the Valdosta Police Department to reform.